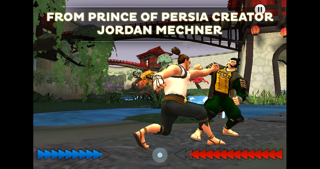 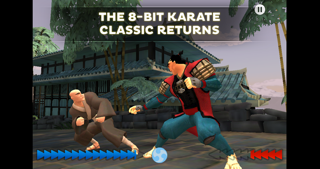 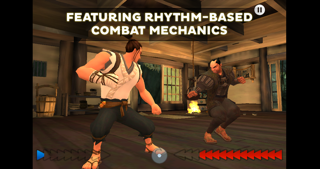 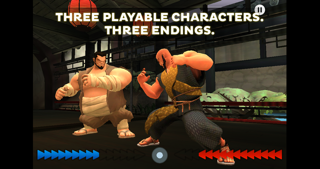 Karateka will charm you with its classic love story set in feudal Japan. Fight to save the lovely Mariko from the evil warlord Akuma and reunite her with her True Love!

"For those who remember the original, the new Karateka must not be missed. And to those with no prior knowledge: you have an excellent, new experience in store." -Touch Arcade (4.5 stars)

"With a stunning makeover and simplistic but compelling action, this terrific update brings Karateka into the 21st century in style." -Cnet

From PRINCE OF PERSIA creator Jordan Mechner, the original side-scrolling karate classic comes to new life on iPad and iPhone with art by Jeff Matsuda (The Batman) and music by Grammy-winning composer Christopher Tin (Civilization IV).

Easy to grasp yet challenging to master, the rhythm-based karate combat tells a simple human story. Three suitors vie to save Mariko: A fearsome Brute, a noble Monk, and her brave True Love.

"A brilliant life system that delivers variety in the gameplay as well as incredible replay value; you won't want to stop playing until you rescue Mariko as her True Love and see the storybook ending." - Touch Arcade

"Fun for those of us who played the original on an Apple II, Commodore 64, or even an NES, but younger gamers will still appreciate the unique style and easy-to-learn gameplay." -ArsTechnica

"Karateka is widely considered to be one of the greatest 8-bit home computer games ever created. It wasn't a game so much as a living story that you, the player, were a part of... The new Karateka legitimately feels like it might be what Mechner's original idea would have been, if then were now." - Touch Arcade