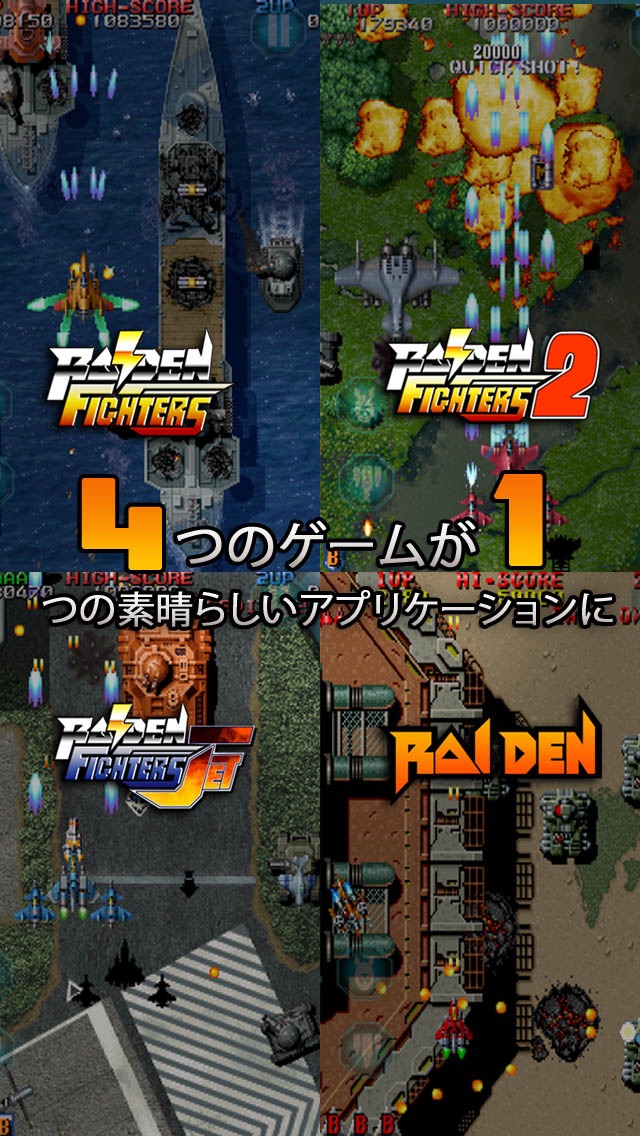 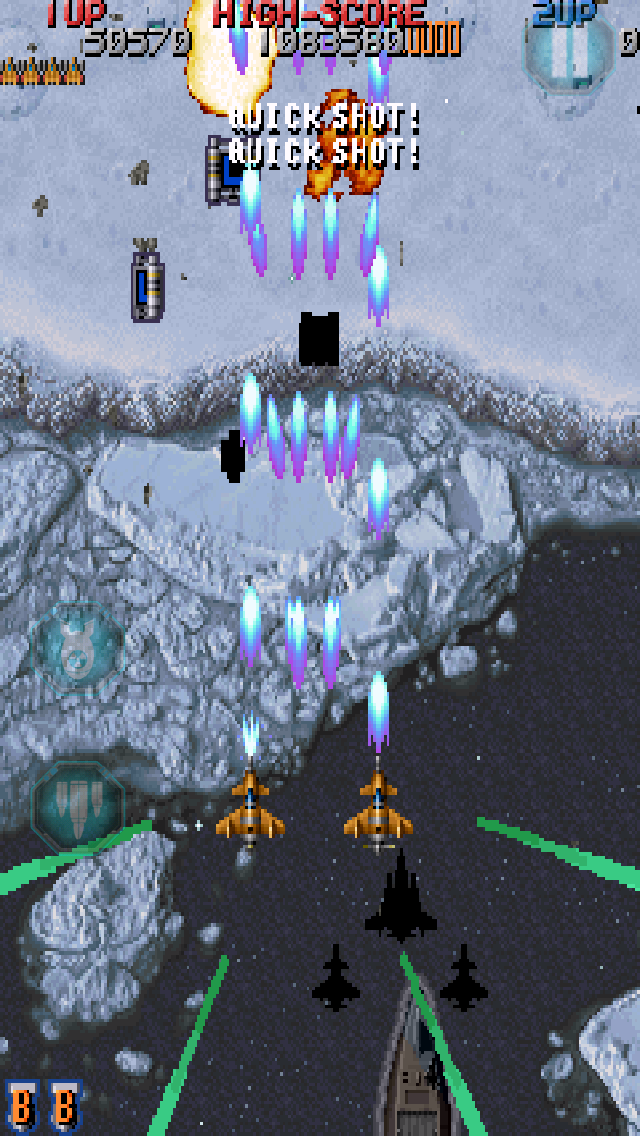 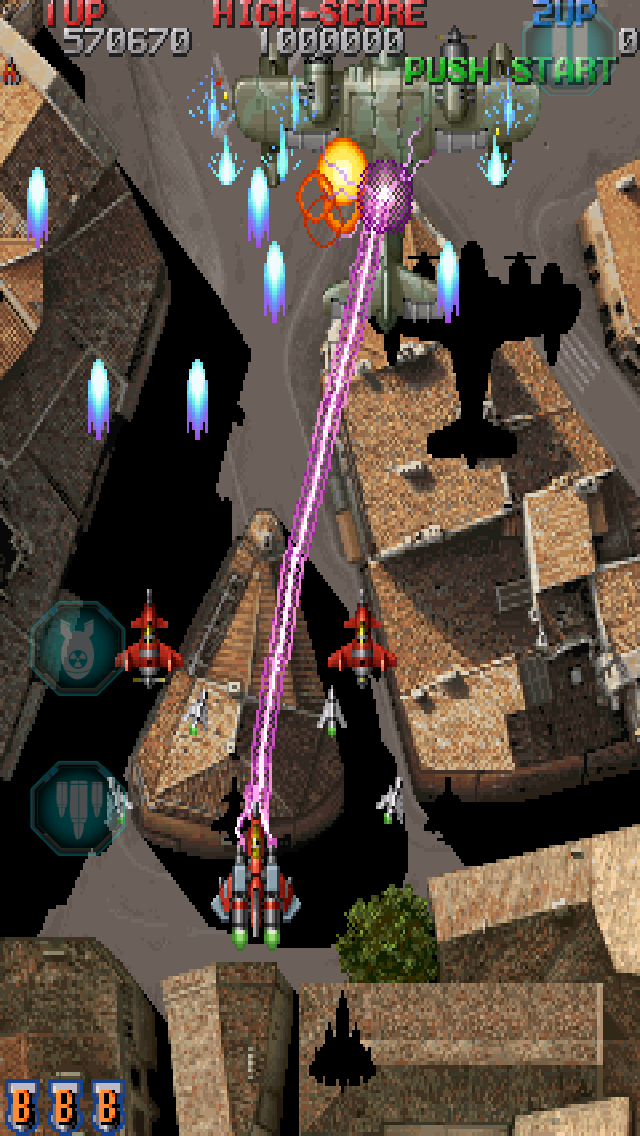 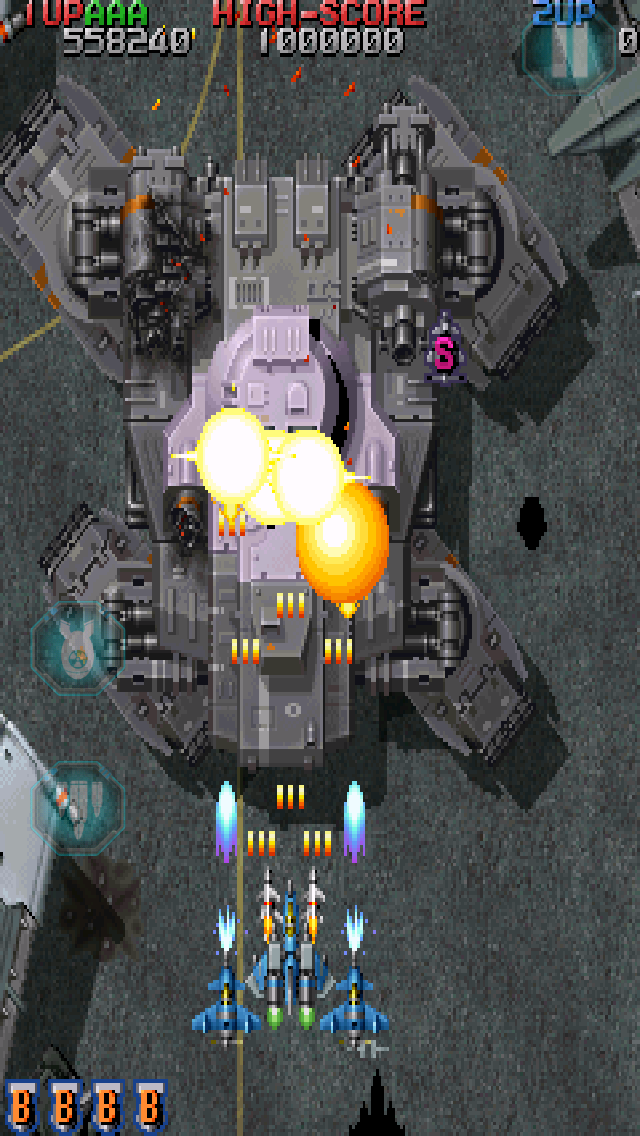 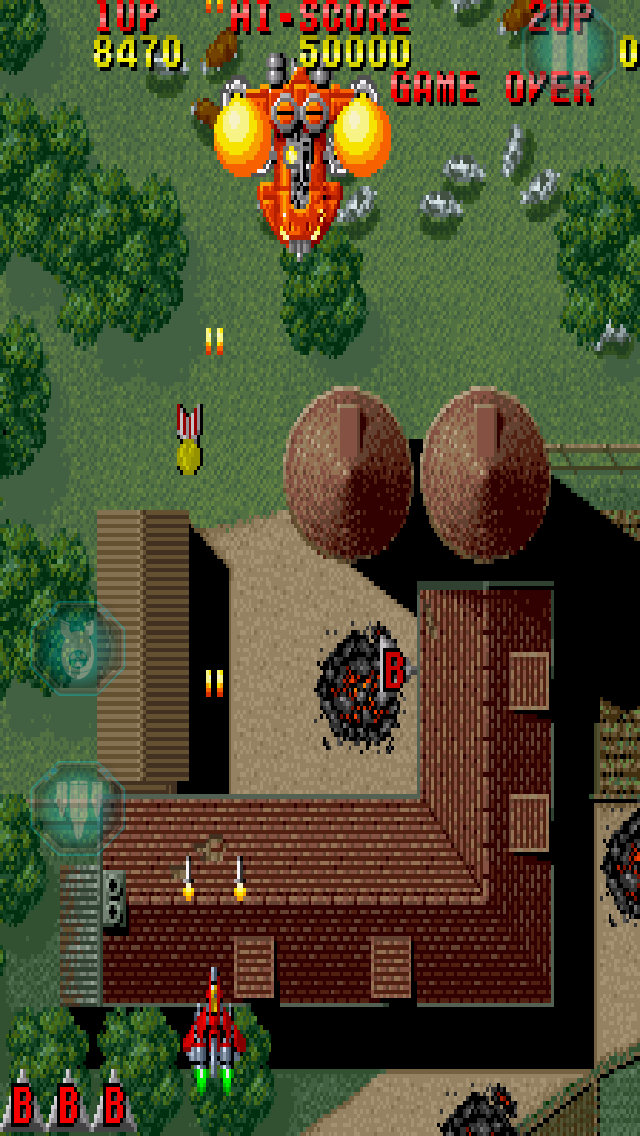 RAIDEN LEGACY, a four-title compilation of the mega-popular RAIDEN arcade series, includes RAIDEN, RAIDEN FIGHTERS, RAIDEN FIGHTERS 2 & RAIDEN FIGHTERS JET. Originally developed by Seibu Kaihatsu, each of these classic scrolling shooters has not only been authentically recreated for mobile, but also enhanced with brand-new features!

MORE OPTIONS!
Each RAIDEN LEGACY title includes three different modes: "Arcade Mode" (just like the original); "Mission Mode", which allows you to play any unlocked stage; and "Training Mode", which, true to its name, allows you to excel at your favorite stages and practice the most difficult ones!

MORE SHIPS!
15+ different ships, each with their own characteristics, stats, weapons, and specials! Also, some ships come complete with "charged shots" -- useful for when the screen is 90% covered with enemies!

MORE CONTROLS!
Choose between two different touch modes: "Fast Touch" (Faster than the original game and improved for mobiles) or "Arcade Touch" (Just like the original -- retrogamers will love it!). What's more, you can customize your approach by putting the controls wherever you prefer on screen.

GET READY TO ROCK 'N FIRE: RAIDEN LEGACY IS HERE!!