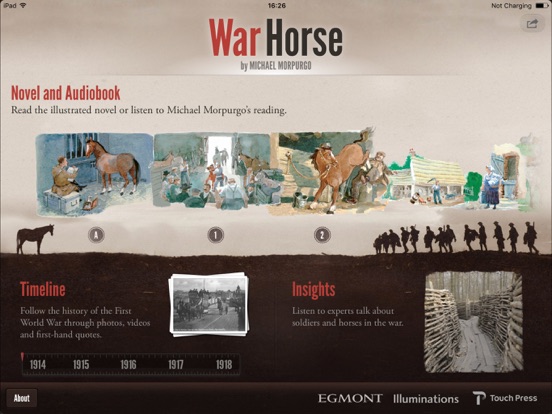 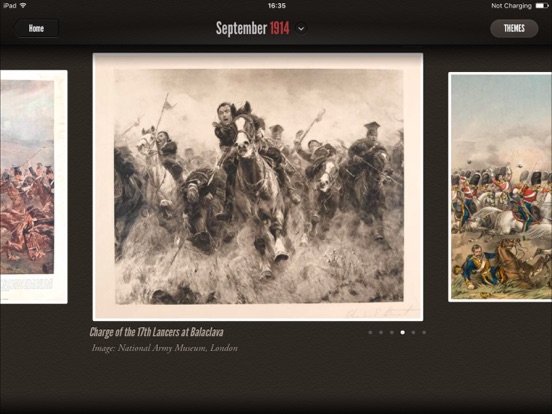 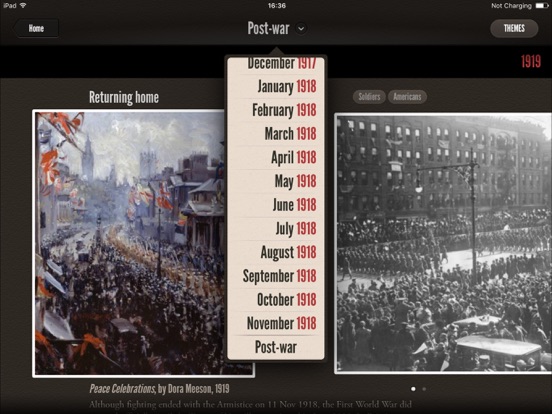 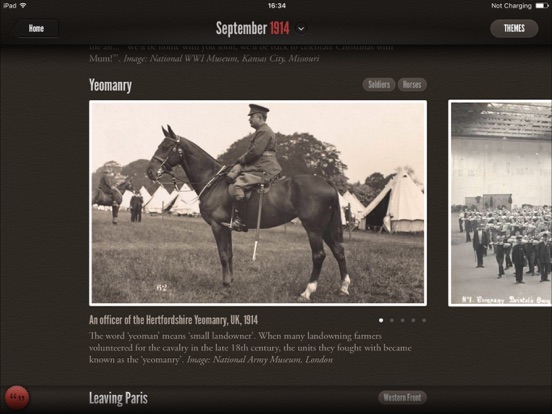 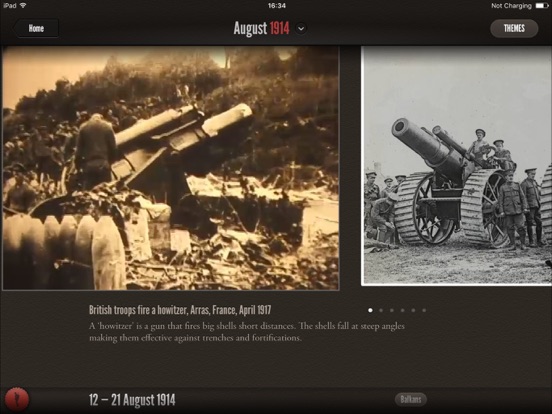 Support for the latest iPads

The ultimate edition of the story that inspired an internationally successful stage play and celebrated film by Steven Spielberg. War Horse, by children's author Michael Morpurgo, is now enriched for iPad by a musical performance, audiobook, interactive timeline and expert interviews.

At the beginning of the First World War, Albert sees his beloved horse, Joey, sold to the cavalry and shipped to France. Too young to join the Army, Albert nevertheless sets out to find his friend, who has been thrust into fighting on both sides of the frontline. Charging through gunfire and hauling ambulances through mud, Joey's loyalty and gentle spirit never waver. This is a story of bravery, kindness and friendship surviving in the toughest times.

Explore the real stories behind War Horse with a timeline set alongside the beautifully illustrated novel. The timeline presents the key events of the war, including America's decisive involvement in 1917, and brings you closer than ever to the life of a First World War soldier – through images, rotatable objects, video, letters, and dramatically narrated quotes and poems.

Watch the author bring the characters to life in an 80-minute video performance of the story, accompanied by folk musicians. Join in the singing by following the synchronised script, or immerse yourself in the show with a full-screen view.

INVESTIGATE THE LIFE OF A SOLDIER

What was it like in the trenches? What did the soldiers wear? Why are tanks called tanks? The author and six experts are on hand to give video insights about life in the trenches, and the inspiration for the book. Many of the interviews and photographs were captured in the Devonshire village of Iddesleigh, where the novel begins and ends.

• Beautiful watercolour illustrations by François Place
• An unabridged audiobook read by the author
• A live performance of the story by the author with two renowned British folk musicians
• Synchronised sentence-by-sentence highlighting in the audiobook and performance
• A richly-interactive timeline of WWI with narrated quotes, videos and 250 images
• Carefully curated thematic filtering, with events shown on a world map
• Thirty-five video interviews with the author, historians and other experts enhanced with r elated media
• Twenty stunning 3D rotations of WWI objects
• AirPlay allows the performance to be streamed full screen via AppleTV

Michael Morpurgo is a former Children’s Laureate who runs a children’s charity at his farm in Devon. He has written over one hundred books, of which War Horse is the best-loved.

War Horse is published by RGB, the people behind the best-selling iPad titles The Elements and Shakespeare's Sonnets. The title is produced and published in partnership with Egmont, publishers of War Horse, and Illuminations, makers of outstanding films about the arts.