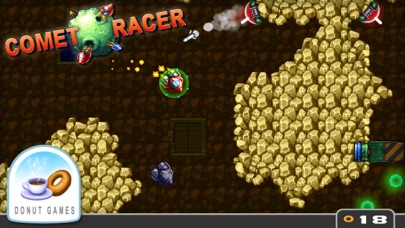 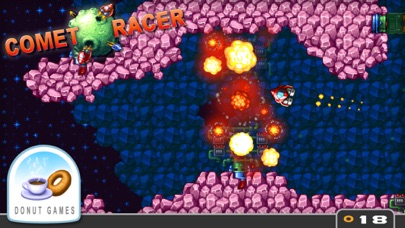 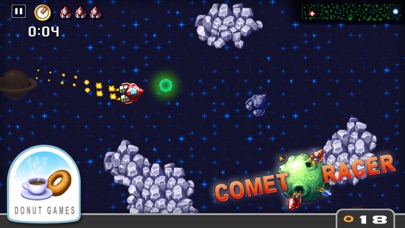 - Support for the latest iOS and aspect ratios above 2:1

Hope you enjoy! And thanks to all fans who've stood by Donut Games all these years.

Prepare for wild races inside abandoned mining rocks and comets throughout the universe!

Race against the clock or your own shadow through squiggly mazes packed with power-ups, secret passages and hidden items.

- "Comet Racer is easy to get into and fun to try to master. It's one of those games that can draw you in for hours..."

THIS IS COMET RACER: