iBird Plus Guide to Birds [iPhone] 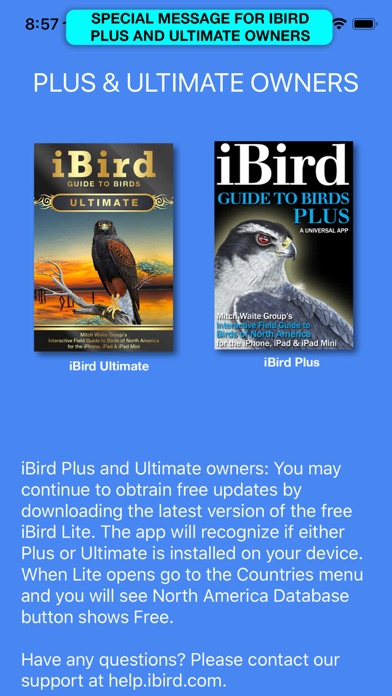 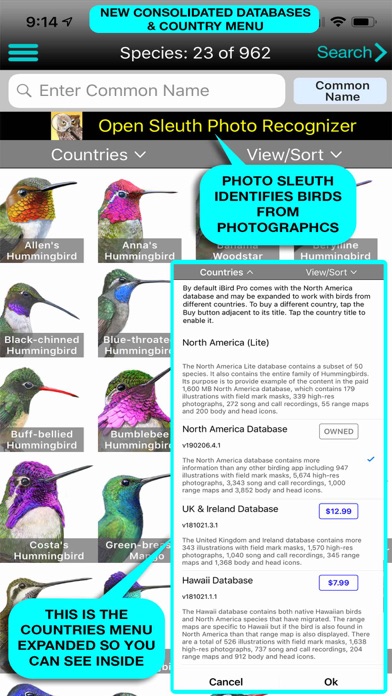 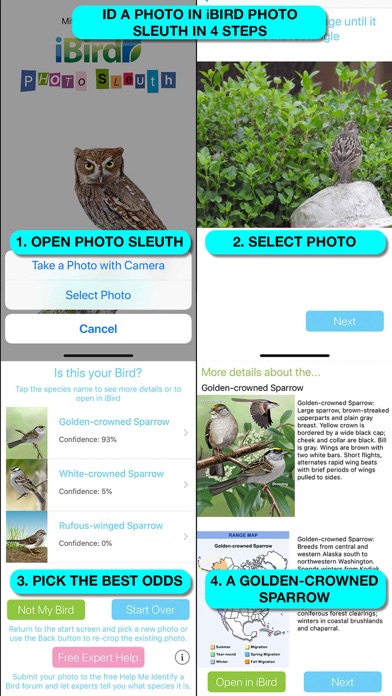 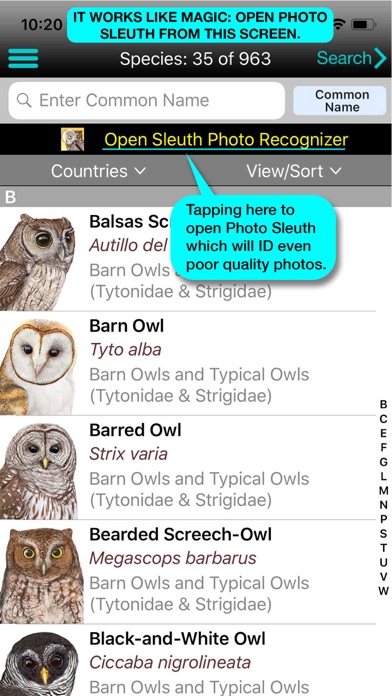 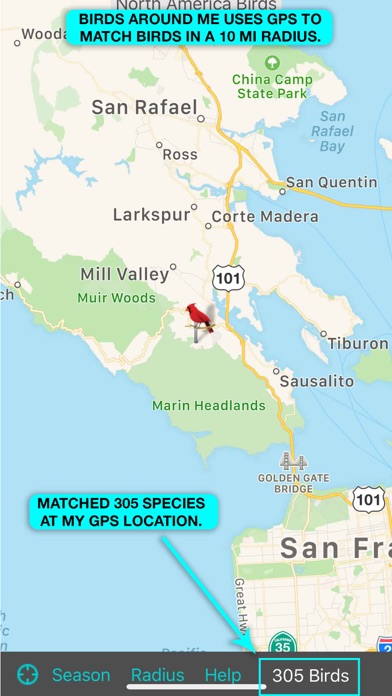 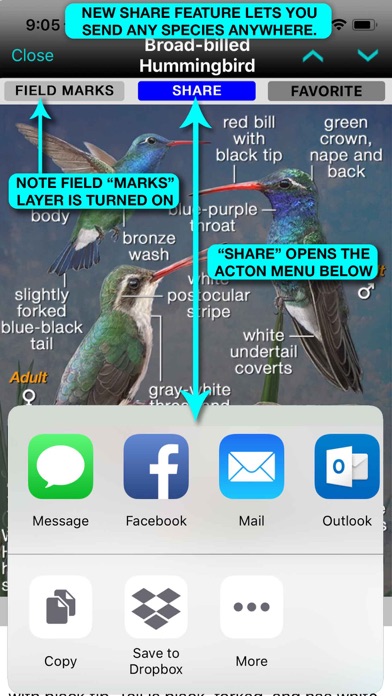 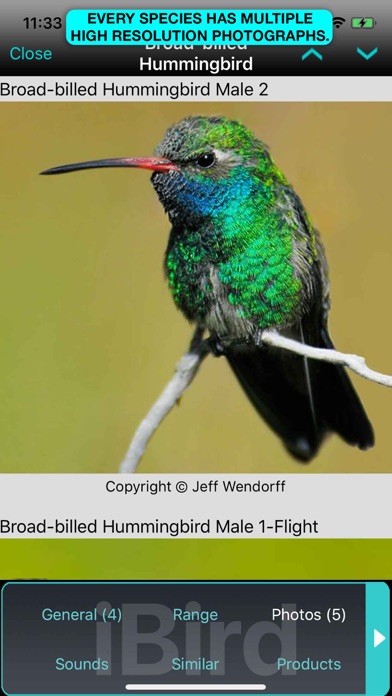 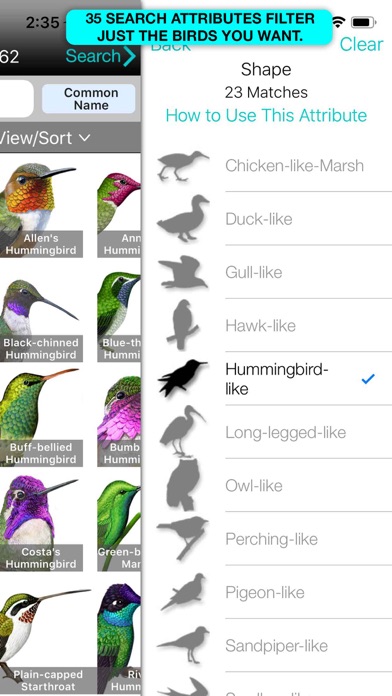 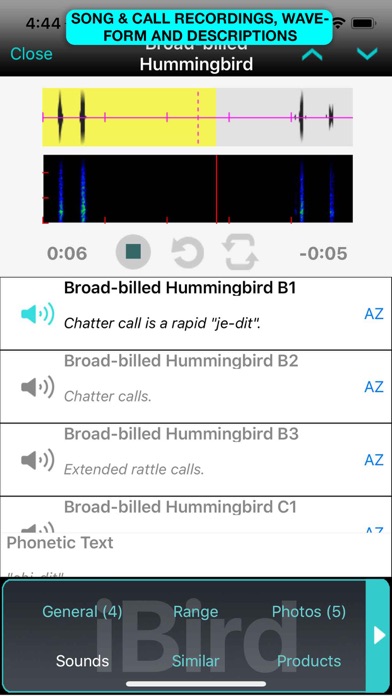 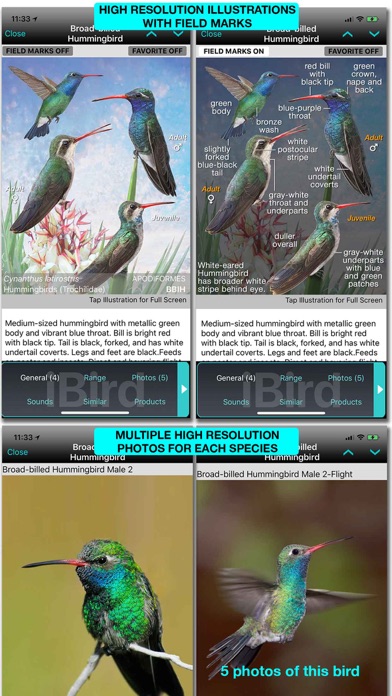 In addition to compatibility with the newest iPhones and iPads, this expanded version of iBird is completely updated for the 2018 American Ornithological Union (AOU) Supplement. There are two new species; the Cassia Crossbill and the Sinaloa Wren. The Thayer’s Gull has been lumped as a subspecies of the Iceland Gull. Plus, there are over 100 small changes, some of which are listed below.

2018 AOU updates
Gray Jay has been changed to Canada Jay, White-collared Seedeater has been split into Cinnamon-rumped Seedeater & Morelet's Seedeater, Harris’s Hawk Band code changed from HASH to HRSH, Fox Sparrow changed from Old World to New World Sparrow, Storm-Petrels are now grouped into Southern (Oceanitidae) and Northern (Hydrobatidae) Storm-Petrels, several parrots have been placed in African and New World Parrots from lories, Parakeets, Macaws and Parrots, Black-faced Grassquit, Saffron Finch and Yellow-faced Grassquit have been moved from Emberizids to Tanagers. Gray-streaked Flycatcher has been moved from Tyrant Flycatchers to Old World Flycatchers. Flame-colored Tanager, Hepatic Tanager, Scarlet Tanager, Summer Tanager and Western Tanager have been moved from Tanagers to Cardinals & Piranga Tanagers. Red-billled Leiothrix has been moved to Sylviid Warblers from Old World Babblers. Bananaquit has been moved from Bananaquits to Tanagers. Crimson-collared Grosbeak has been moved to Tanagers from Cardinals, Piranga Tanagers and Allies. In addition to the above changes, 16 birds had species name changes and 8 birds had changes to Latin names.

Photo Sleuth
This plugin identifies birds of North America from any photo, even poor quality photos. Open photos in your Photo Gallery or use your device camera directly. Photo Sleuth allows beginners and advanced birder’s to ID species the stump the experts. The beauty of Sleuth is that it doesn’t need an internet connection. Go to the Purchases screen to find a short slide show about iBird Photo Sleuth.

Owls of Mexico
Includes Owls of Mexico, the first time we have extended the North America database to include new species. In this collection our favorite 16 Owls of Mexico and Central America are presented in all the high-quality detail iBird is known for, including illustrations with field marks, range maps, songs and calls, photos, ID and behavior data and much more. Take a look at the graphical onboard tutorial on the Purchase page for a visual presentation of a typical species account for this package.

Time of Day Search
The new Time of Day search feature lets you filter birds by activity intervals during day or night (Cathemeral), dawn and dusk (Crepuscular), during the day (Diurnal) or during the night (Nocturnal). Time of Day Notes which provide additional information about a species behavior are found on each species from a new Time of Day menu. The Time of Day feature is particularly useful for birders who are interested in night birding.

iBird Plus is our entry level birding app and is priced appropriately. Unlike Ultimate it lacks the built-in features Birds Around Me and Percevia™ Smart Search. This final version of iBird Plus contains our most recent North America database with 946 species (962 including Mexican Owls). It has been updated with the latest 2018 American Ornithological Union (AOU) standard, described in detail in What's New. We have also added a new Purchases menu that contains optional features you can purchase to enhance the app. These include an amazing Birds Around Me, Percevia™ Smart Search, the Photo Sleuth feature that uses a neural network to identify birds from any photo, the patented Percevia search engine, and several others.

As this is the last version of iBird Plus, we are providing users with our new version of iBird Lite which gives you free access to the same North America database in iBird Pro. Lite has been designed with the future in mind. It has been totally overhauled and is now a “consolidated” app, meaning with iBird Lite, you can buy and install databases for any of 4 countries. Again, unlike other bird apps, these databases are inside the app, which allows you to use them in the field with no Internet connection.

If you'd like to move to this new version of iBird Lite, simply install this new 12.01 version of iBird Plus on your device (iPhone or iPad) and then install the new 12.01 iBird Lite. When you open iBird Lite you’ll see a free copy of the North America database, normally a $17.99 purchase. ALSO, YOU WILL DISCOVER THAT ALL IN-APP PURCHASES (EXCEPT PHOTO SLEUTH) ARE FREE — OUR GIFT TO YOU FOR BEING A LOYAL IBIRD CUSTOMER.

iBird™ Plus is the best app if you are serious about birding but want to keep your investment low. The app has most of the great features of the iBird product line. For the most advanced app, see iBird Lite, our new consolidated app. If you want to take your birding skills up a level or two, iBird Plus includes in-app purchases for features such as the Percevia™ Smart Search feature that gives anyone the skills of a bird identification expert, and the “Birds Around Me” (BAM) feature that restricts the birds to just those found in your current GPS area.

In addition, this new version 12.01 of iBird Plus, takes a major leap forward with “Time of Day” filtering. You can now search for birds by activity levels during day or night (Cathemeral), dawn and dusk (Crepuscular), during the day (Diurnal) or during the night (Nocturnal).

Whether you are an experienced or a beginner birder, iBird Plus starts with 946 species of both native and rare North American species, as well as popular Hawaiian birds. It has been updated with the 2018 AOU and ABA checklists. This increases to 962 species when you purchase the in-app Mexican Owls database option.

With the iBird Plus’s avian matching system, you can search for birds by color, location, shape, habitat or any one of our 35 identification field marks to find your bird. iBird's comprehensive species pages have 3,300 built-in bird songs, 4,500 professional high-resolution bird photographs, 1,700 hand-drawn composite illustrations and over 1,000 range maps.

Version 12.01 of iBird Plus Guide to Birds now includes iCloud for backing up and sharing your own photos, notes and favorites among all your devices and a share feature that lets you send any species page via Mail, Messages, etc.

With over 1 million downloads, iBird is the standard by which all birding apps are measured.

iBird Plus Guide to BirdsのiPhoneアプリランキングや、利用者のリアルな声や国内や海外のSNSやインターネットでの人気状況を分析しています。