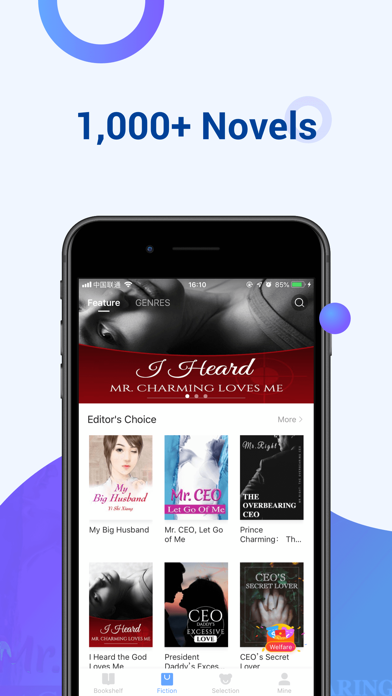 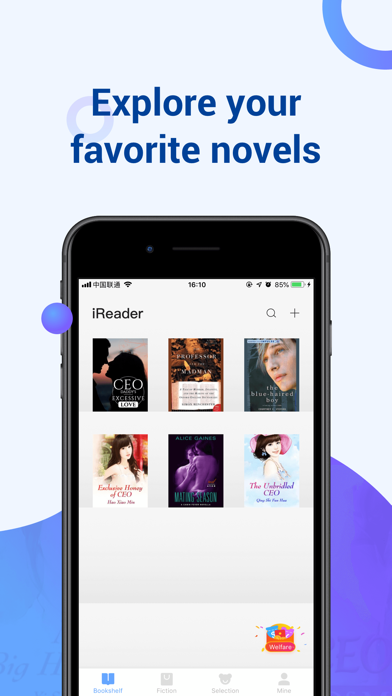 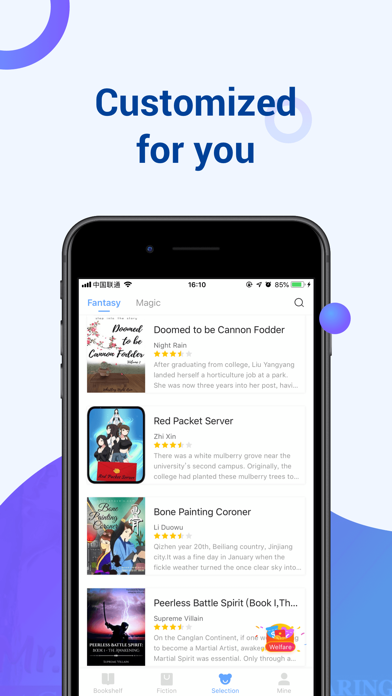 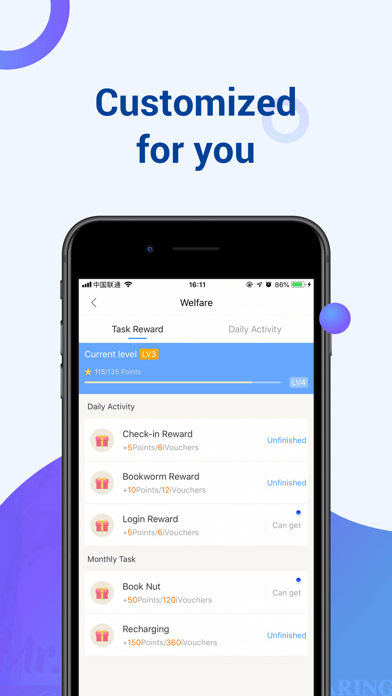 1.A Time-Limited Task was released! Reading Adventure, Get iVouchers!
2.Massive gifts are waiting for newbies! Join us now!
3.Reading until the newest chapter? Wait! iReader prepares different coupons for you!
4.A New Weekly Reading Task is waiting for you. ;)

Attention! Novel and Comics Lovers!
iReader, a romantic storytelling platform for the story lovers all over the globe. Welcome aboard!

[Why iReader?]
1. Countless copyrighted novels you can only enjoy on iReader
2. Multiple genres included, recommend the right one for you!
3. New stories updated on a daily basis
4. New free stories updated on a weekly basis
5. Super easy to read, all you need to do is to slide the screen
6. Enjoy reading even when you're offline

[Hot Novels]
【Ex-husband, Behave Yourself】
She failed to win his heart after trying for three years, she decided to let go-a divorce! However, she found herself pregnant after that, while at the same time, was bumped into by her ex-“whose child is this？” ”Definitely not yours!”

【Mr. Carson, A Real Man!】
Cora did not expect Robert marrying with her was to make her a surrogate, however, the shameless mistress was her sister, Daisy……

【Mr. Walton, Please Control Your Love】
She had never expected that she would sleep with her deadly enemy, but it turned out to be a good match for both of them. While after marriage, his indifference finally angered her. “You damn bastard!”

【CEO Daddy's Excessive Love】
"After being framed by her stepmother, she had spent the entire night with that mysterious man. In the end, she was forced to leave another country. Five years later, she returned with a pair of beautiful dragon and phoenix treasures! However, on the day of her return, she had offended the handsome CEO. What shocked her even more was that this CEO and her son looked exactly the same! "A pair of cute photos accidentally went viral on the internet. One day, the CEO stepped forward and blocked her path." "Women, let's talk about the right to the care of children!" "Let's not talk about it!" A man placed her against the wall, "Alright, let's not talk about our children. Let's talk about when we can get a marriage certificate!"

[Hot Comics]
【Dominant CEO and Dominated Me】
The inexistent baby formed an unbreakable bond between an impoverished manga artist and a compulsive, misogynistic tycoon......She doesn't have the right to say no just because he is the powerful Jack Gong.

【Love from Domineering Him】
He said he hates you, but his body wants to have you. The secret that she tried everything to keep has been suddenly exposed, so shameless! Don’t think you’ll be loved by everyone just because you are handsome and full of energy!

【Flash Marriage-Sweet Wife】
To be the woman of He Qiaoyan, three conditions must be satisfied: like to be doted, like to be loved, and like to be given dearly care. The woman right meets the above three conditions, and holds the sole consciousness of belonging to him merely.