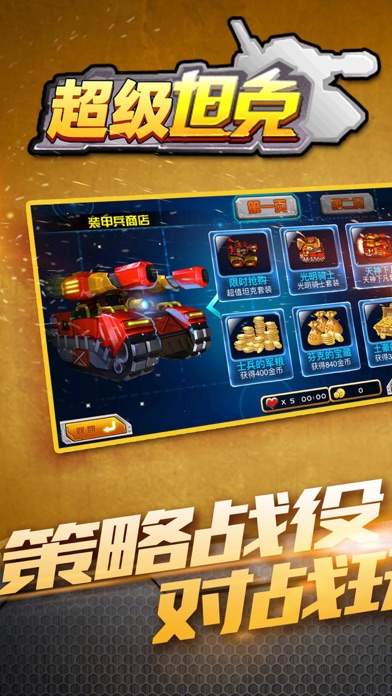 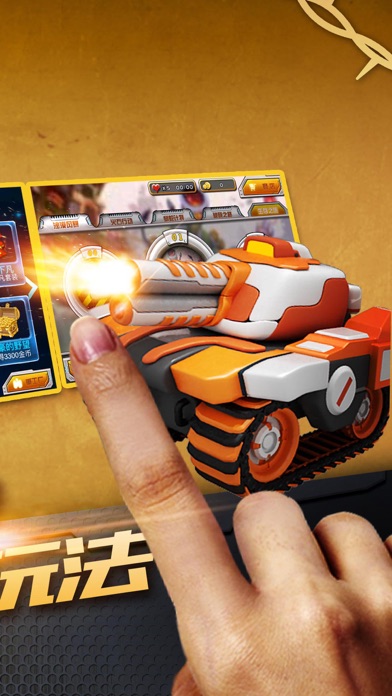 "Take control of your WW2 tank and challenge friends to crazy tank battles!

- A Campaign mode to play solo or with another player cooperatively in 50 missions that require different strategies to destroy your enemies.
- 3 Multiplayer Battle modes (both online and local): Death Match, Team Death Match and Capture the Flag. You can even chat with your opponents while playing!
- Dynamic battlefields composed of destroyable and invincible blocks, moving obstacles, closing doors, a rolling tide, conveyor belts, and more.
- 4 models of World War II tanks, each customizable with 7 skins of different camouflage patterns.
- 4 different weapons with varied range, speed and effects: flame thrower, bullets, rockets and mines.
- Multiple power-ups, including speed-up, invisibility, new weapons and invincibility.
- An innovative 'Turret mode' enables the eliminated tanks to turn into a turret and still influence the outcome of the battle by launching bombs at the survivors."

A truly free-to-play game. No timers, energy bars, fuel—play as much as you want and whenever you want.