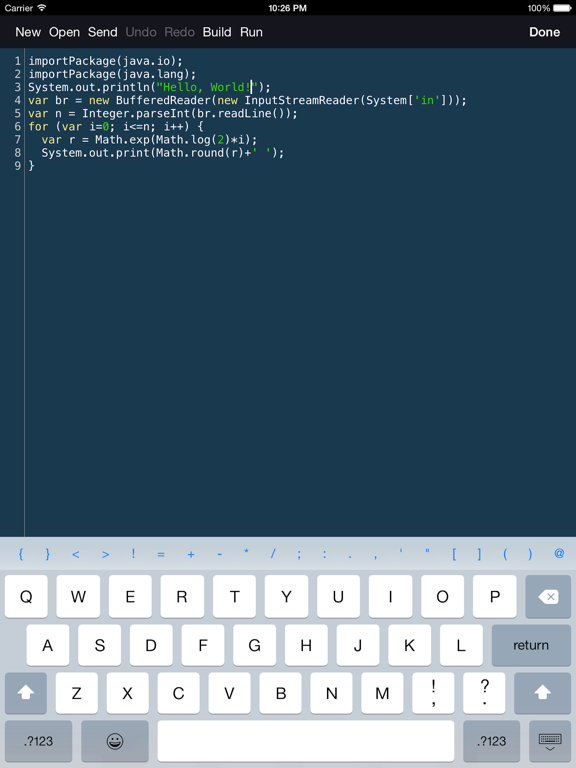 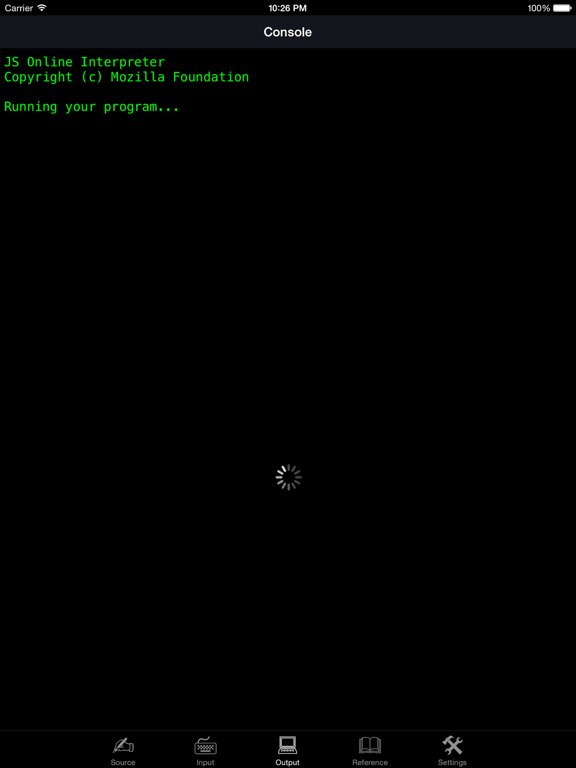 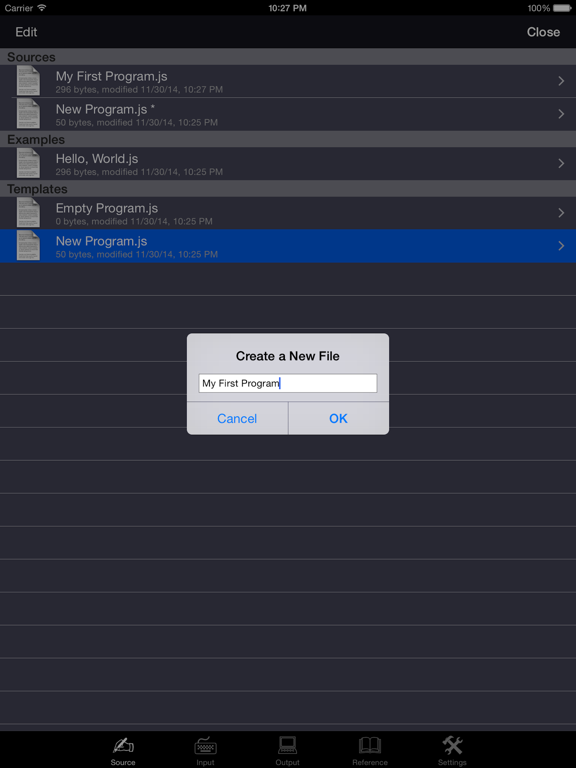 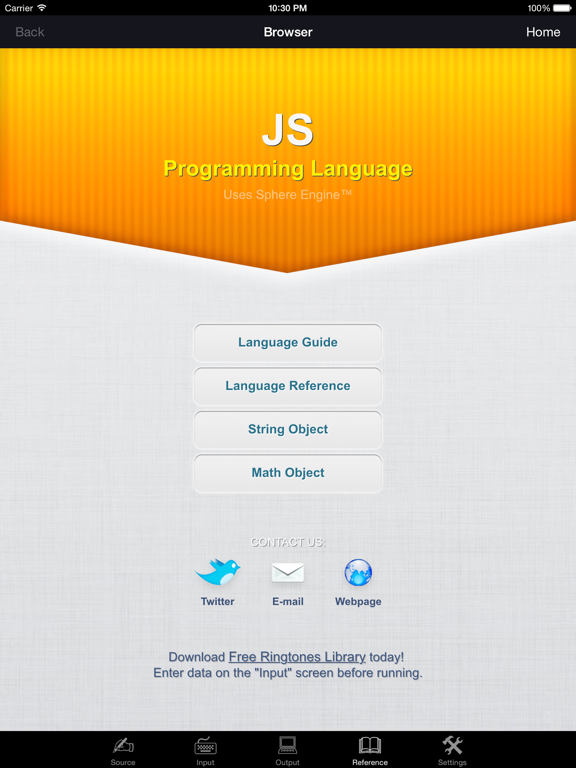 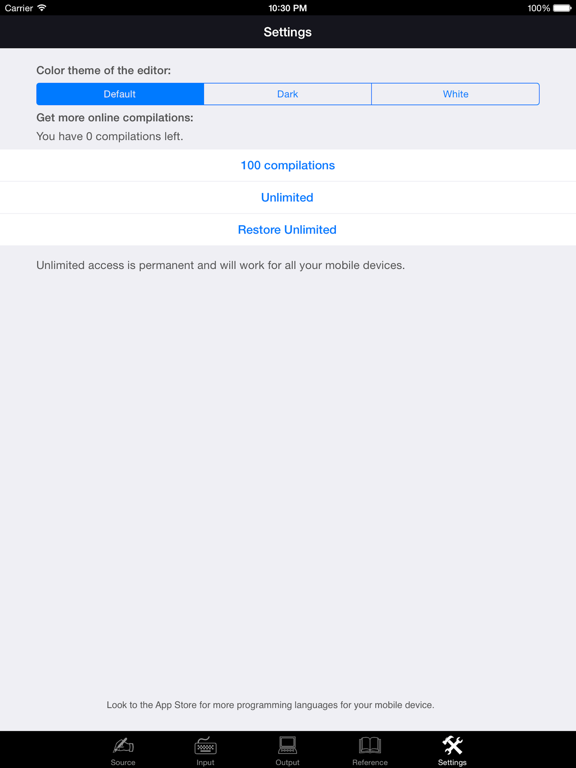 - The great programming tool on the AppStore.
- Your programming language for iOS is amazing!

- Internet connection is required to compile and run a program.
- Graphics, network, file system and real-time input are not supported.
- Maximum running time of a program is 15 seconds.

Look for the "PHP Programming Language" on the AppStore too. Thanks for using the application!

JS is a prototype-based scripting language that is dynamic, weakly typed and has first-class functions. It is a multi-paradigm language, supporting object-oriented, imperative, and functional programming styles.

JS was formalized in the ECMAScript language standard and is primarily used in the form of client-side JS, implemented as part of a Web browser in order to provide enhanced user interfaces and dynamic websites. This enables programmatic access to computational objects within a host environment.

JS's use in applications outside Web pages — for example in PDF documents, site-specific browsers, and desktop widgets — is also significant. Newer and faster JS VMs and frameworks built upon them (notably Node.js) have also increased the popularity of JS for server-side web applications.

JS uses syntax influenced by that of C. JS copies many names and naming conventions from Java, but the two languages are otherwise unrelated and have very different semantics. The key design principles within JS are taken from the Self and Scheme programming languages.

JS was originally developed by Brendan Eich of Netscape under the name Mocha, which was later renamed to LiveScript, and finally to JS mainly because it was more influenced by the Java programming language. LiveScript was the official name for the language when it first shipped in beta releases of Netscape Navigator 2.0 in September 1995, but it was renamed JS in a joint announcement with Sun Microsystems on December 4, 1995, when it was deployed in the Netscape browser version 2.0B3.

The change of name from LiveScript to JS roughly coincided with Netscape adding support for Java technology in its Netscape Navigator web browser. The final choice of name caused confusion, giving the impression that the language was a spin-off of the Java programming language, and the choice has been characterized by many as a marketing ploy by Netscape to give JS the cachet of what was then the hot new web programming language. It has also been claimed that the language's name is the result of a co-marketing deal between Netscape and Sun, in exchange for Netscape bundling Sun's Java runtime with its then-dominant browser.

In November 1996, Netscape announced that it had submitted JS to Ecma International for consideration as an industry standard, and subsequent work resulted in the standardized version named ECMAScript.