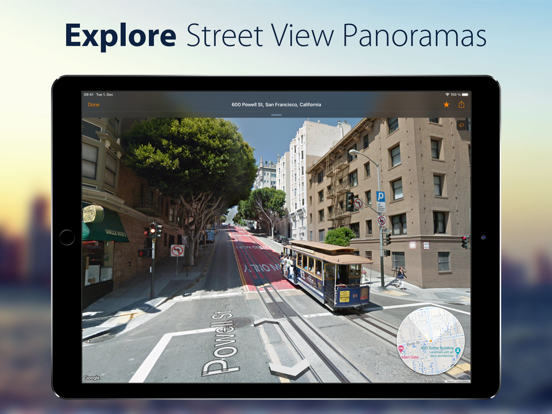 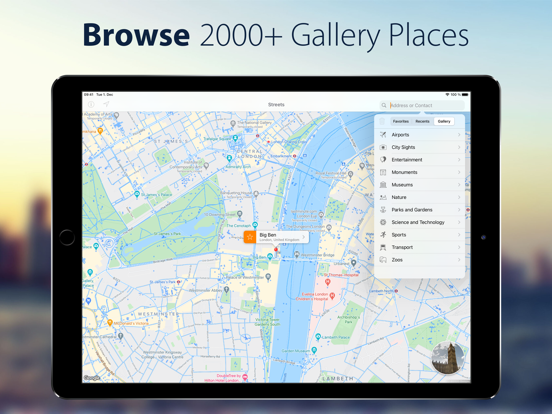 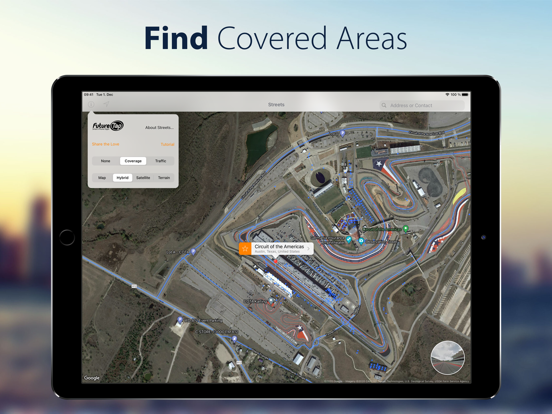 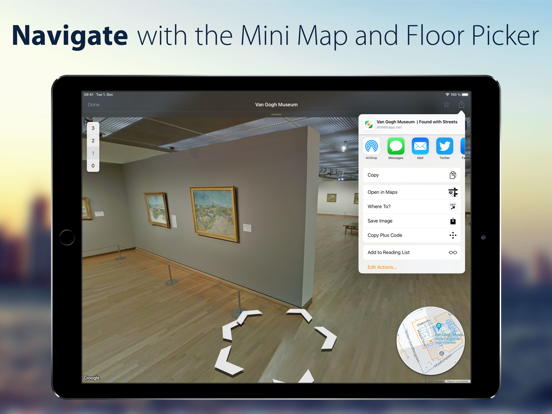 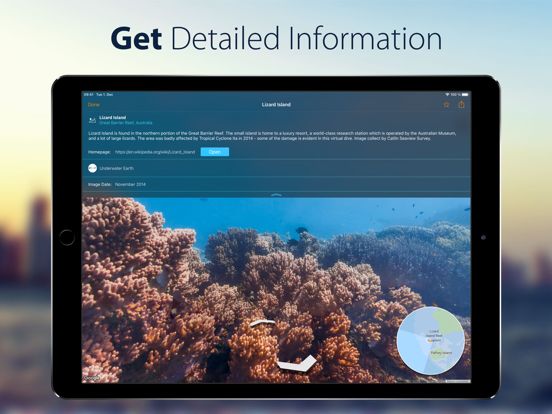 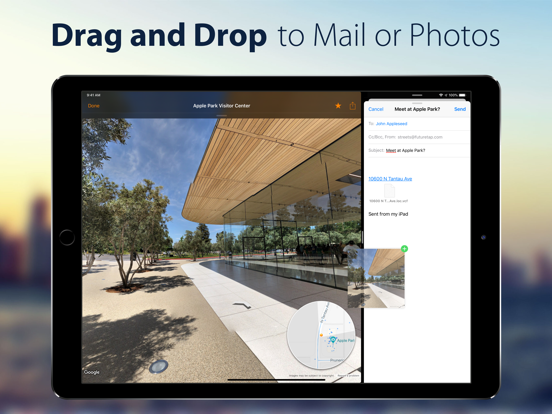 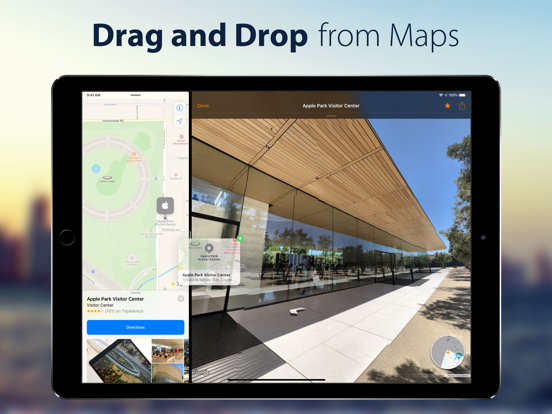 Runs on Apple Silicon Mac: virtually travel the world from your new Mac with M1 processor.
"Open Location in Streets": The action extension for the share sheet finds the location from web pages in Safari, the Maps or Contacts app, and other apps allowing to share locations. Then Streets is opened with that location to view nearby 360° panoramas.

CONVENIENT
Drop a pin, search for a city or address or find a person from your contacts to view a nearby 360° street panorama. Street View coverage is displayed in blue.

EASY TO USE
Walking through panoramas has never been easier using the interactive, expandable mini map that also displays your viewing angle and field of view. Virtually traveling abroad is even more immersive and fun with Live Panorama mode: Turn around in the panorama simply by rotating the device.

APPLE WATCH APP
Streets is the only app capable of displaying 360° Street View panoramas on the Apple Watch. Just turn your wrist or pan to turn around in any direction. Use the digital crown to zoom. Streets for Apple Watch automatically syncs favorites and recent searches with your iPhone.

OPEN FROM MAPS & OTHER APPS
“Open location in Streets” displays nearby panoramas from websites, from „Maps“ or „Contacts“, or from many other apps that support sharing of locations and addresses. If you’re already using our location finder app Where To?, you’ll also be able to take advantage of a tight, bidirectional integration.

DRAG & DROP
On iPad or Mac, drag a pin location from the Maps app, a contact, or a textual address into the Streets app to find nearby panoramas. Even geotagged photos can be dropped in Streets to find 360° spherical images near the photo location.

COMMUNICATIVE
Share Street View panoramas using drag-and-drop (on iPad) or the share sheet. Handoff and AirDrop let you easily transfer the currently viewed panorama between multiple devices. Mark panoramas as favorites that are automatically synced between devices. Rename favorites and organize them in folders.

“If you haven't migrated to Google Maps on iOS because you're OK with Apple Maps but you miss Google Street View, here's a pretty easy solution.“
- Mel Martin, Engadget

“Thankfully, with Streets, you can continue using Maps and still be able to quickly pull up Street View without ever feeling like you’ve left the app.“
- Jordan Khan, 9to5Mac