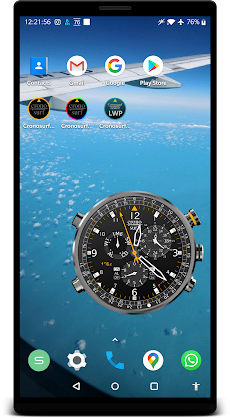 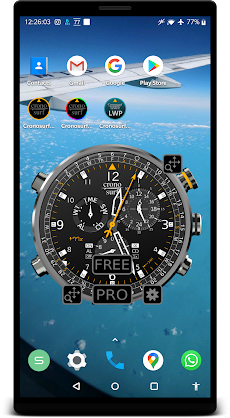 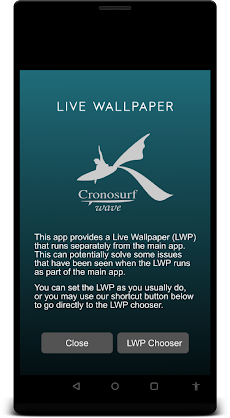 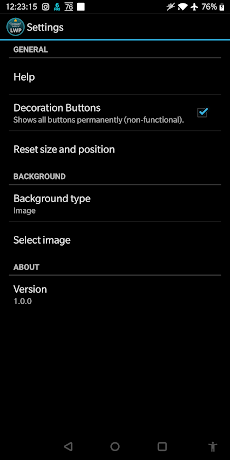 This app provides ONLY the Live Wallpaper functionality that is otherwise included in the original app called "Cronosurf Wave" (a function rich chronograph for Android).

The purpose is to separate the LWP from the app, because under certain circumstances and on certain devices, running the app and its included LWP at the same time can result in occasional crashes or strange behavior.

If you are using the original app and its LWP without issues, you probably don't need this app.

THE WATCH IS NOT INTERACTIVE - The buttons can be made visible in the settings but are purely decorative. The watch is always in TME mode in which it shows time and date correctly. It has also a digital and analog battery indicator. The functionality is the same of the LWP in the original app, except that the mode cannot be changed and other settings like color do not get passed from the original app to this LWP.

Two possible advantages of this LWP are:

1. It allows you to set an image as background picture along with the watch, which is only possible in the PRO version of the original app.

2. If you have both the free and the PRO versions of the original app installed, you can choose which one to call from within the LWP. Simply tap on the center of the watch and tap on one of the buttons FREE or PRO. (If you have only one version installed, you will only see one button labeled as APP).

Permissions:
Read/Write permission on external storage in order to read images and to save a cropped version as background image.

This LWP-only app is completely free and without ads. No PRO version is planned for now.