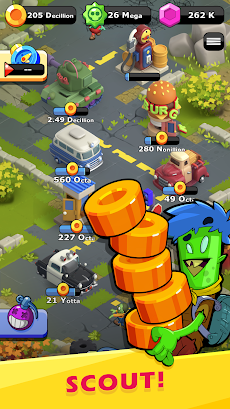 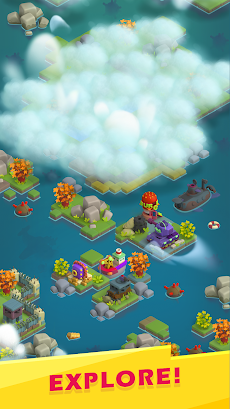 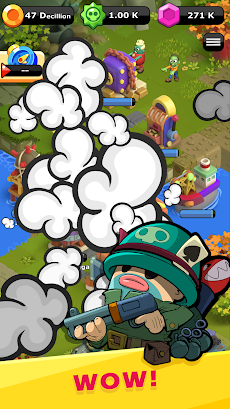 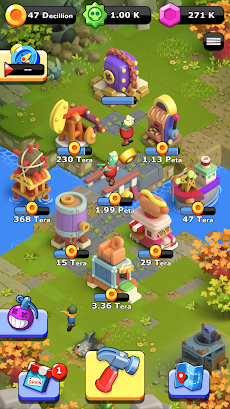 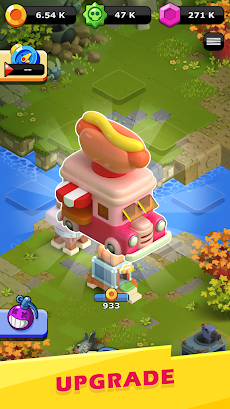 Zombies were smart enough to organize their weird, but functioning, form of society, spreading across the world, having fun and scouting for the coins.
People, as usual, are opposite to them and identifying zombies as a classical threat from horror movies. This time they are gravely mistaken. In Coin Scout their pathetic attempts to resist the zombies – is the direct way to join the rotting ranks.

Who would have thought that a trivial idle clicker would allow you to do something incredible! It was an unremarkable evening for ordinary people, until suddenly, out of nowhere, an insatiable green zombie scout with big eyes appeared! And as soon as he appeared here, the growth and building of a brave new world began! And he longed to mine coins infinitely! Humanity was amazed at how quickly the new population began to grow! It was absorbing new territories and spreading stronger and stronger... Never has the apocalypse looked so cute and so desirable, even people have a little started to participate... Unfortunately they are not very good at building this new world…

But everything needs time and coins will definitely fill our pockets, we believe.

This curious world lives and grows by itself, all the time while you work or sleep, in the best traditions of idle games! Simple, trivial, but still with a strategic part, be on the alert! Send your zombies to investigate while you're away. When you get back to your phone, they'll be richer and ready to build. Gather dozens of experts, each with their own style

Idle clickers are cool! Join the big family of fans of this genre!

This game requires an internet connection. Coin Scout is completely free to play with optional in-app purchases. You may disable in-app purchasing using your device settings.