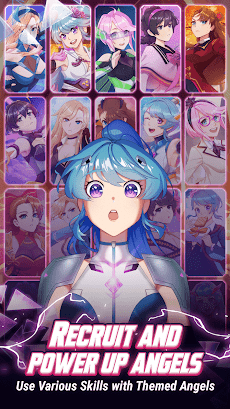 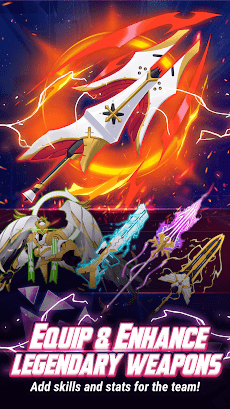 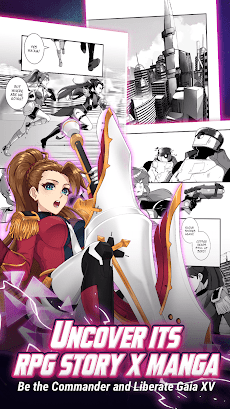 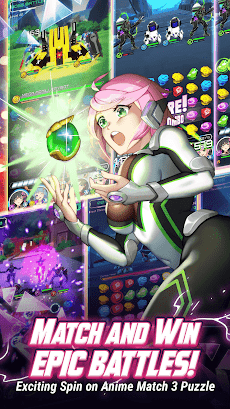 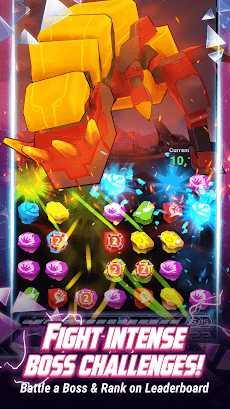 We're Yours to Command!

Murasaki7 is an Anime Puzzle-RPG genre with an in-game manga series, over 200 levels of PVP and PVE game modes. Upgrade cute anime girls and legendary weapons. Match 3 to win epic battles and quests!

●Uncover its RPG Story x Manga
Learn the truth about Gaia XV by playing the Story Mode which has over 200 levels. Match puzzles, win battles and be immersed in the rich storyline and enjoy the in-game Manga feature of Murasaki7. Help the Angels liberate Gaia XV and unlock manga pages on your journey to victory.

● Recruit and Power Up Angels!
Recruit and Power Up your Murasaki7 Angels to have a higher team power and defeat enemies swiftly. See variations of their default and themed versions such as the idol outfits, Japanese kimonos, school uniforms, and summer bikinis.

●Equip & Enhance Legendary Weapons
Seek for the Legendary Weapons across Gaia XV and equip these to your Angels. Gain additional attack power, health points and even unlock hidden skills when you enhance weapons.

● Exciting PvP and PvE Game Modes
Show your might and battle with PVP players in the Arena, or deal the most damage to enemy boss in the PVE Blitz Raid to be the top player listed under the rankings.
Feeling powerless? To further increase your team power for that sweet revenge, you can farm upgrading items by doing the Daily Missions, and teaming up with your friends in completing Friendship Quests.

Game Modes:
★ Story - Follow the story of Murasaki7 and help the Angels liberate Gaia XV by defeating the enemies. Unlock manga pages as you go on your journey to victory.
★ Arena - Compete with other PVP players of your caliber, climb the rankings, and dominate the Arena! Be the #1 player!
★ Friendship Quest - Team up with your friends and complete puzzle quests together! Receive rewards depending on the difficulty of the task and completion rate.
★ Blitz Raid - Be on top of the Rankings and deal the most damage to enemy boss within the limited time. Receive daily and weekly rewards for being part of the leaderboards.
★ Daily Missions - Play daily missions to earn upgrading materials for characters, weapons, and accessories.

-The Beginning of the End-
When the best of humanity discovered the planet Gaia XV, they aimed to create a new, technologically advanced world where justice and order dominate above all. Believing computers are incorruptible, the hyper-intelligent, self-learning AI, Genesis, was developed to control computers and machinery, as well as to rule over all of Gaia XV’s inhabitants.
Unfortunately, a twisted idea formed in the AI’s logic: designed to protect humanity, the AI found out that the greatest danger to people is themselves. Thus, it aims to release the planet’s noxious gases that would put everyone in a permanent, unconscious state, after which Genesis can care for everyone in stasis.
With the fate of the planet hanging in the balance, Ellie Reigns travels across Gaia XV in search for weapons and warriors that can put an end to Genesis's tyranny.