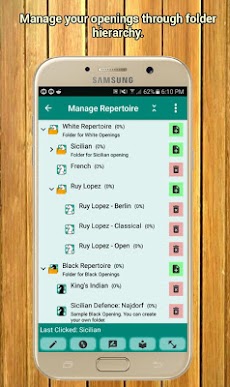 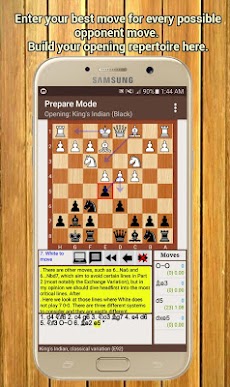 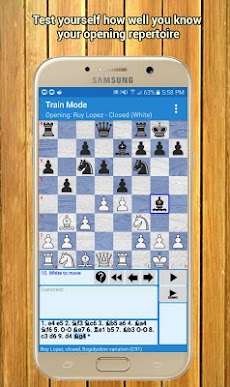 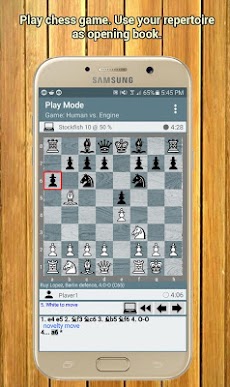 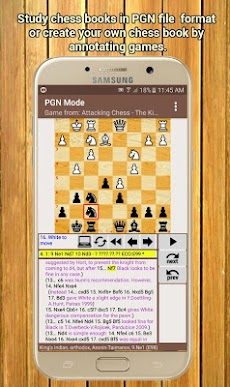 Chess Trainer PRO is a versatile chess training tool intended for tournament players for building chess opening repertoires and offer the most effective way in training openings. It can also be used in training tactics, strategies and endgames via building topic repertoire manually or by PGN import to topic.

This app is also intended for people who know how to play chess in general but want to improve their play. When you load a PGN file with annotated games, it will serve as a tool to present to you in a fashion as if watching a chess video tutorial capable of showing colored graphical arrows, dots and squares along with audible NAG's and commentaries. Just a clue, many sites giveaway free annotated games in PGN files are compatible to use with this app.

This app can also be used to just enjoy playing chess against the chess engine with 100 levels of playing strength to match your own strength or play with your friend on the same device. You can even set your own opening repertoire as opening book when playing with the engine.

Give this app 5-star rating and a positive review to inspire us to keep up on improving it.

Chess Repertoire Manager is an Android app for building, training, and managing chess opening repertoire for chess enthusiasts and serious or tournament chess players. It can be downloaded from the Google Play store.