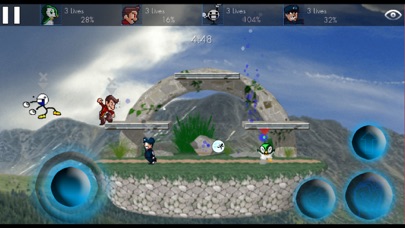 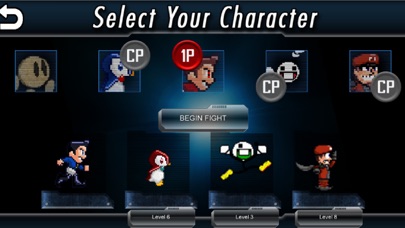 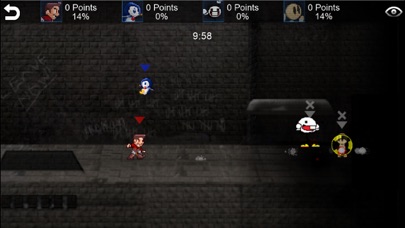 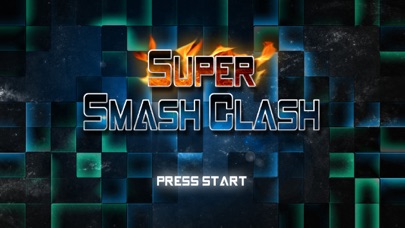 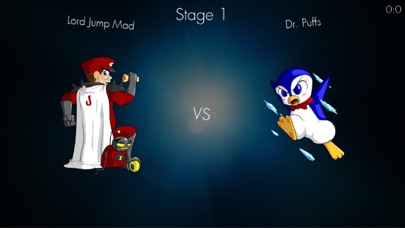 Battle to knock your opponents off the stage in an intense four player brawl!

Choose one of six characters each with a unique move-set. The more you hit your opponent, the farther they will fly! Use skills you have learned from your favorite games like Super Smash Brothers Melee, Brawl and PlayStation All-Stars Battle Royale!

Four players, one winner. Who will rise to the top in Smash Clash?

BATTLE A FRIEND
Connect with another player and compete in a 1-on-1 battle. Unlock a new character by beating your friend!

LEADERBOARDS
See how you rank compared to your friends and around the world using Game Center. Complete classic mode as fast as you can to claim the coveted top spot.

6 UNIQUE CHARACTERS
Unlock 6 characters each with their own moveset and gamestyle. Some are quick and agile, and some are slow and powerful. Some can easily fly to safety when off the platform, and others and smash opponents downward to their doom. Figure out which character you're best at, and then challenge your friend to a multiplayer match (and unlock another character by doing so).

FAST PACED ACTION
There is no other game like this on the App Store. Enjoy smashing your opponents and watching them fly and using various items to give you the advantage in the melee. Smash Clash using game mechanics just like a platformer game, allowing you to freely roam the stage. What starts as a small fight can turn into a full out brawl!

7 ITEMS
Pick up a speed, attack or jump boost. Find a plus or minus circle to change the size of your character. You can even find a missile to launch across the screen!

8 NEW ATTACKS PER CHARACTER
Each character has their very own attacks. Point the joystick in the up, down, side or neutral position to change the type of attack. With these four different joystick positions, and two attack buttons, you can use eight different attacks per character.

60 FPS
Super Smash Clash runs at 60 FPS on most modern smartphones. You will rarely feel lag. The game automatically decreases the amount of effects if the frame rate drops allowing the brawl to go on!

USE POWERFUL PROJECTILES
Throw fireballs, ice cubes, bacon, robots, remote controlled tooth-rockets, yellow rings, and much more. Unlock all six characters to see what you can launch at your enemy.

5 STAGES
Start with 2 stages and unlock 3 more. Some stages have one way platforms which you can jump up through. Some have a pit you can knock an opponent into. After completing all of Mr. Randoms' (the stick figure's) levels, you unlock a side scrolling stage.

STILL WANT MORE?
Super Smash Clash is a game you can count on being updated. I am commited to making the best mobile platformer fighting game. The chaotic battles can be expected to evolve.