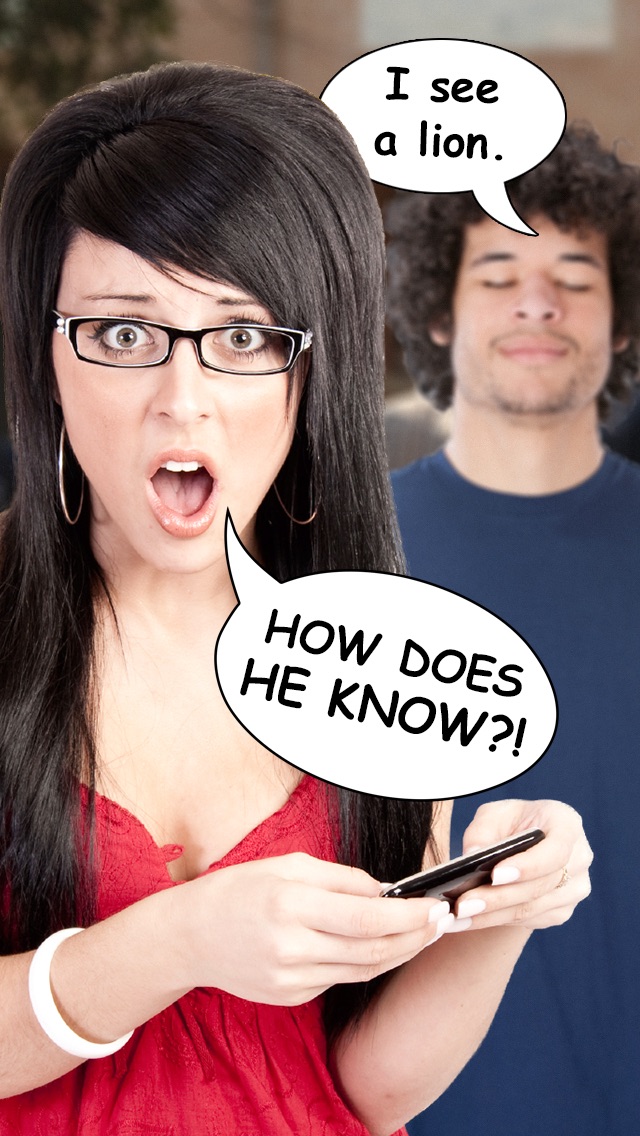 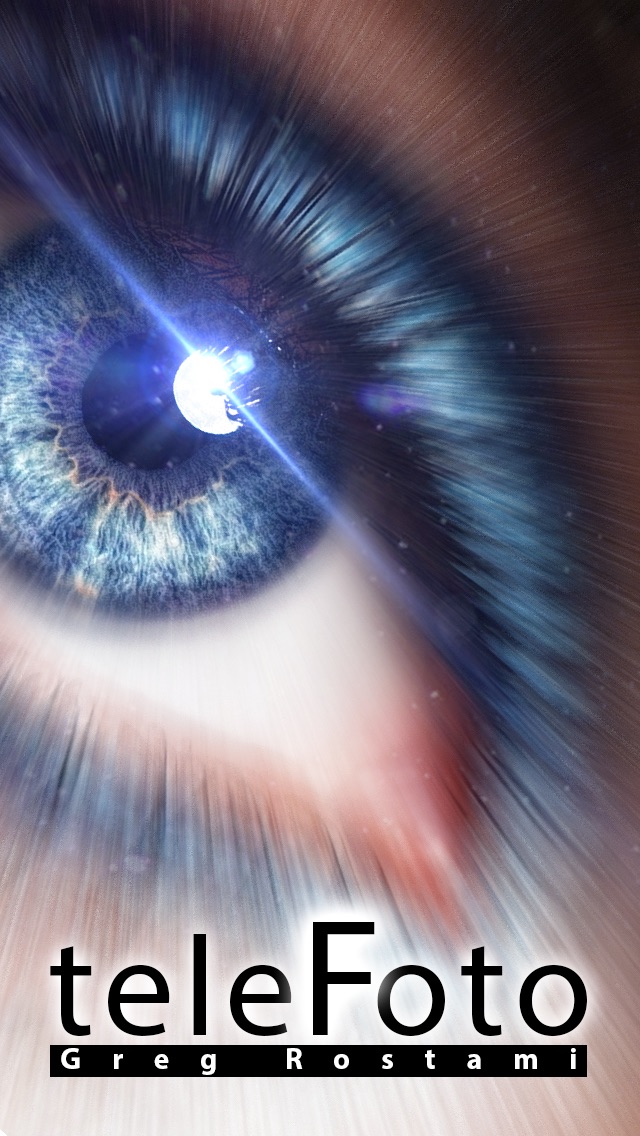 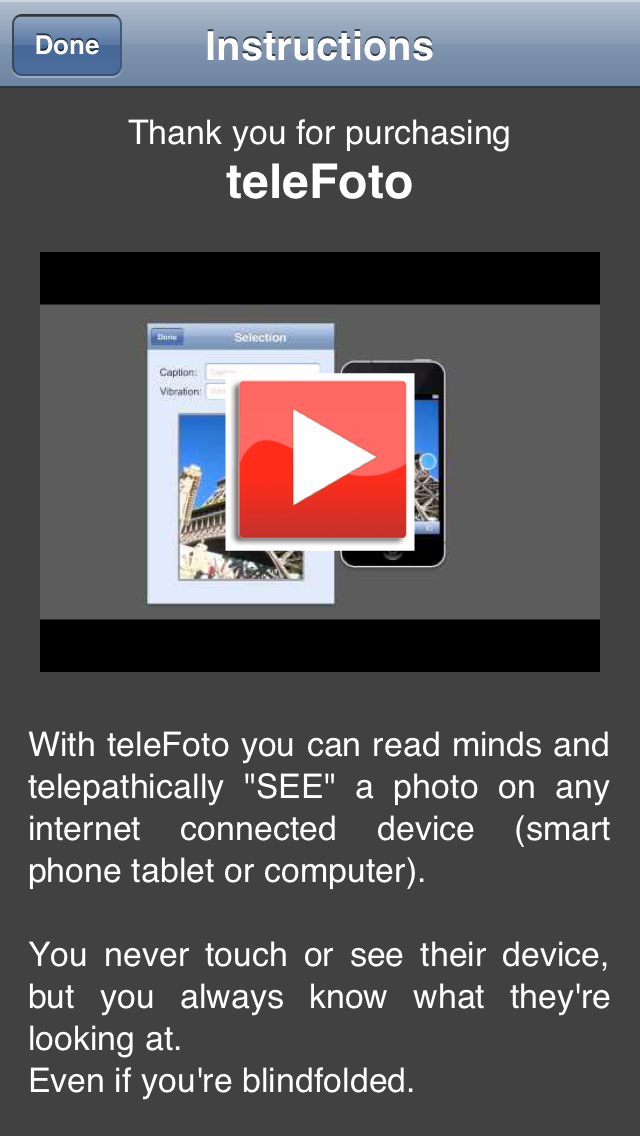 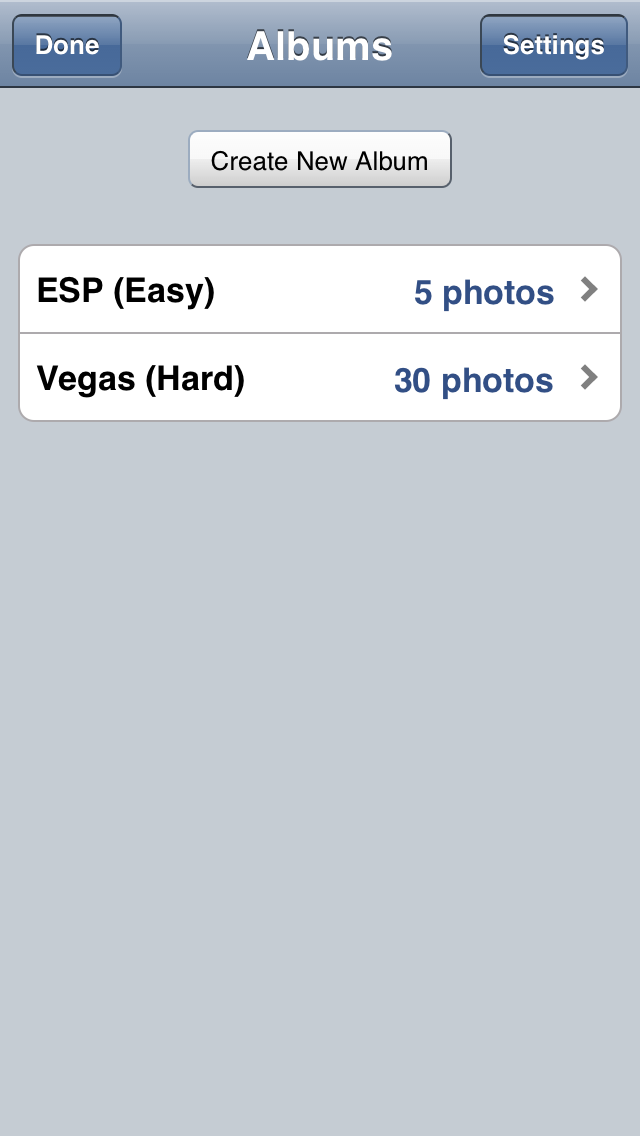 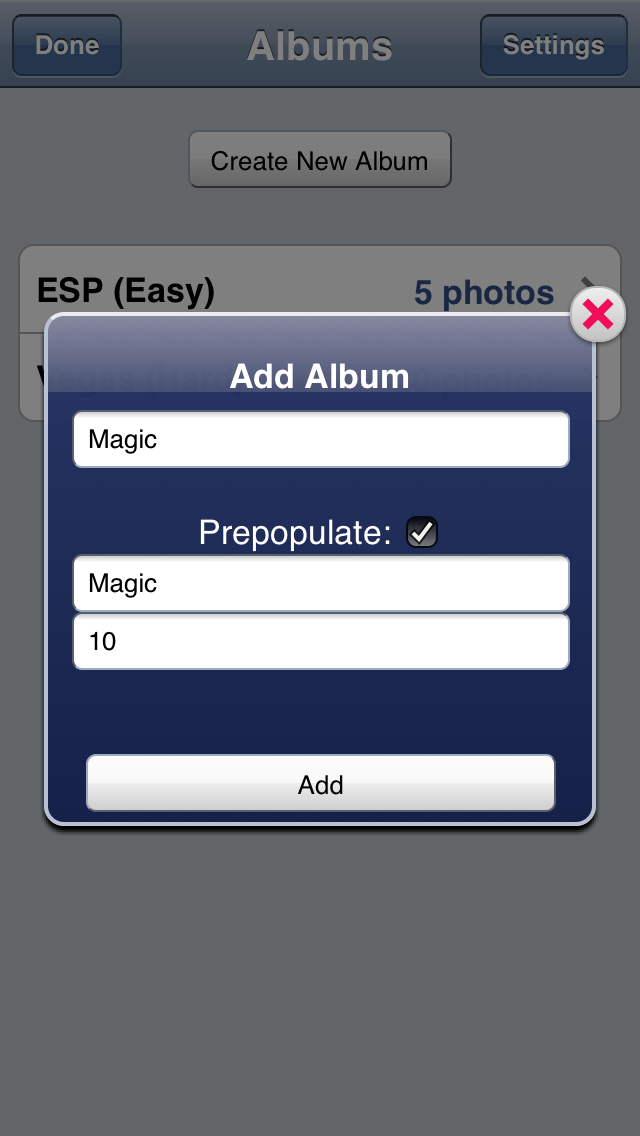 Fixes shortened URL issue:
para.ms/fo/
has been replaced with
22p.co/

If you had created links on your website to para.ms, replace those with the new links.

From the creators of iForce and iPredict Pro
Imagine a magic app, so advanced ... They never see your phone!?

"Are you kidding me?? There is no magic app better than teleFoto. I can go on and on but I'll end it at, BRAVO!! - Bobby Motta

You instruct a spectator to go to a web browser on HER device (phone/tablet/computer) and type in a short URL.

You turn your back to her. You can't see her phone.

"Please swipe through those photos, forwards or backwards, and stop at any photo. You don't have to say anything . . . concentrate on your photo's details".

Everyone gasps as you open your eyes and turn around.
She shows you a photo of a lion on HER PHONE!!!

Features of teleFoto:
• So easy that you'll be doing it in 5 mins.
• Includes written and video instructions.
• Your spectator can be anywhere in the world. If they can access the internet (3G, 4G, LTE, WiFi, etc) it'll work.
• It even works if your spectator is on the phone!
• Your spectator can use ANY device (smartphone, tablet, computer, etc).
• You never touch or see the spectator's device. EVER!
• Perform completely surrounded.
• You can create as many albums of photos as you like.
• Your albums can have automatic photos based on a topic or upload your own photos (three albums are included).
• You can have as many photos as you like in an album.
• The URL of your album is VERY short and can be easily memorized.
• Perform as often as you like with different photos ... everyone will swear that you're telepathic.
• You can either perform with nothing or with a notepad. With a notepad you can draw the photo that they're looking at.
• Since these photos are yours ... create ANY effect ... products, celebrities, cards, people, places, etc.
• Include a link of your albums anywhere ... on your website, Facebook, Twitter, etc.
• All your spectators see is you, standing there, reading their mind! THAT'S IT.

As long as you have any internet connection, you'll perform an AMAZING effect that works ANYTIME, ANYWHERE, without ANY props.

This problem will be fixed in the next update.

PLEASE NOTE ... The TV performance rights for teleFoto belong to Rostami Magic and Grigor Rostami. If you'd like to perform it on TV, please email: grostami@gmail.com

This app is intended for entertainment purposes only and does not provide true mind reading functionality.