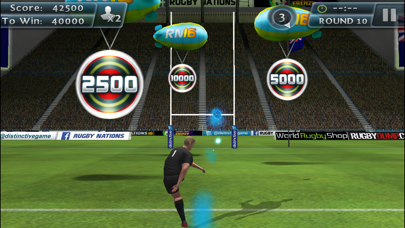 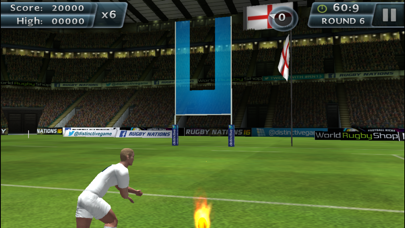 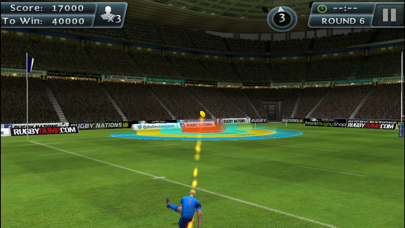 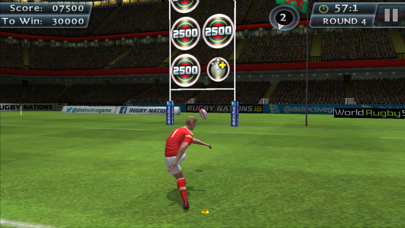 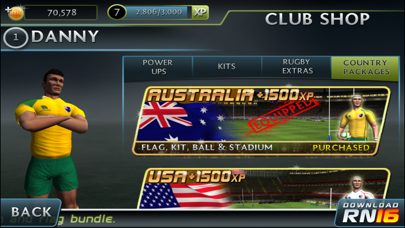 From the makers of the #1 rugby gaming giant Rugby Nations™ comes the flicktastic and fiercely addictive Rugby Kicks 2! Featuring the mighty Phoenix™ engine for the ultimate rugby experience on iOS and new swipe mechanic, fully redesigned for maximum performance.

Hop on the squad tour bus and convert your way to the top – one rugby nation at a time. Smash the floating targets in England, score big kicking to the touch line in South Africa while perfecting your drop goals to squash the trophy dreams of your rivals in Argentina. Master your craft to collect bigger rewards from exclusive stadiums and country kits to unleashing the thunder Down Under with upgrades.

Fully equipped with achievements, leaderboards and hours of unadulterated rugby fun, the tour is now set to start and you are all cordially invited.

WORLD CUP FEVER!
Get inspired by the greatest Rugby tournament ever and smash the scores of the Pools, Knock-out, Semi-Final and Final stages. Find out if you have what it takes to become World Cup Champion.

SUPERCHARGED TOURNAMENT-THEMED GAME MODES
Pacific Cup, 6 Nations, Americas Cup and 4 Nations are all hosting their own modes with plenty of target smashing, touchline kicking, blimp spotting and more thrown into the mix.

TAKE ON FELLOW RUGBY FANS
Rise to the top of the leaderboard in CONVERSIONS mode and take on your fellow players from Rugby Kicks 2 and Rugby Nations 13.

GROUNDBREAKING PHOENIX™ POWERED GRAPHICS
Powered by the incredibly fluid Phoenix™ engine, the graphical quality sets a new standard for what is possible in rugby on iOS. Motion-captured animations, carefully handcrafted stadiums and highly detailed players bring a whole new level of immersion into your kicks.

EXCLUSIVE COUNTRY CUSTOMIZATION AND MATCH DAY SPECIALS
Splash your tournament winnings on exclusive country packages, which include kits, balls, flags and special stadiums to bring out your best in front of the home crowd. Boost your gameplay with upgrades and rugby specials from media crews to golden balls.