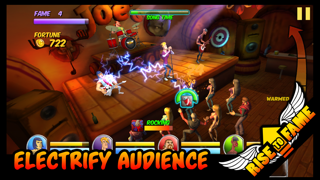 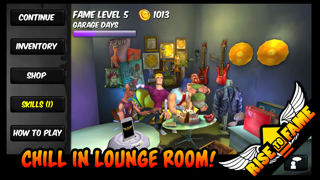 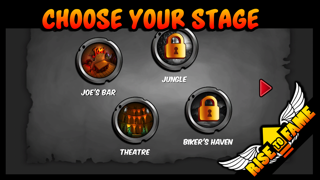 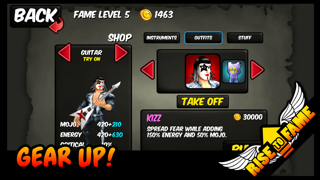 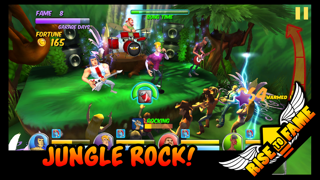 Rise To Fame is a new type of RPG where you can lead your band as a pack of warriors and fight against demanding and angry crowds !

"I love me some quirky RPGs.", "The concept seems so simple that I’m shocked it hasn’t been done before."
- Delta Attack -

"The animation is slick, the music is lively, and the interactive features are good fun"
- 148 Apps -

"The original soundtrack, the gameplay, the graphics, the way you implemented strategy elements. They were all fantastic factors to put into a game. Well done. Congratulations, Rise to Fame! You're the 4th game I've ever reviewed that has scored a 5/5 rating."
- iPhoneGamerUK -

This game is a unique RPG with the combination of music, fast-paced casual gameplay and varied settings! The game is suited for both casual and hard core gamers as it can be easy to learn and challenging to play.

Features include:
• 3D GRAPHICS - Cool, stylized 3D graphics.
• SONGS - 5 totally original rock songs especially tailored for this game !
• STAGES - Various stages where you can try to satisfy audience before gig ends and become famous !
• ALTER MUSIC - Enjoy the possibility to alter the music tracks with different special abilities of the band members.
• OUTFITS - Customize your band’s looks with awesome outfits, which serve as your armor.
• INSTRUMENTS - Try the best instruments as your weapons !
• SKILLS - Learn and use over 20 upgradable RPG skills.

Note: Currently available in English, German, French and Spanish. More languages will be added within the updates.