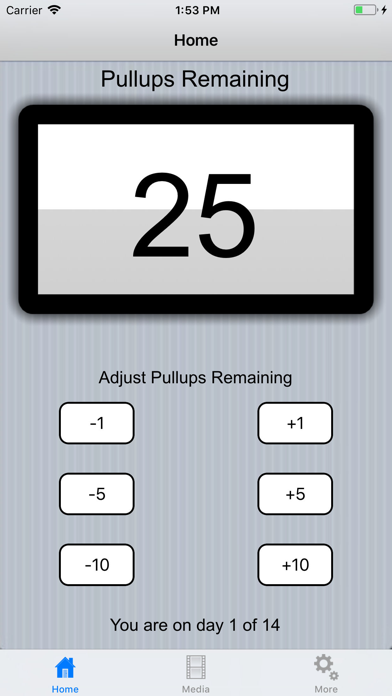 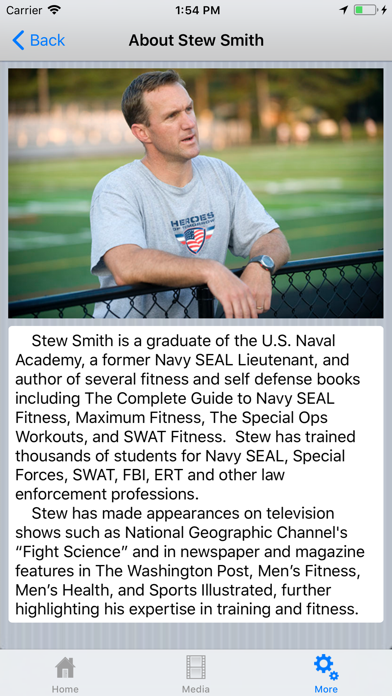 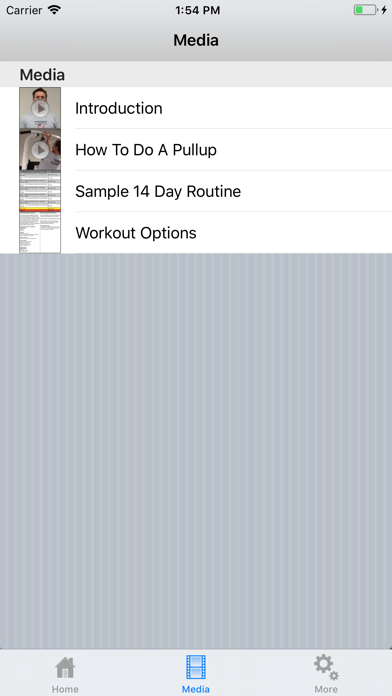 Pullup Push is the ultimate pullup training application. In just two weeks, this program will give you a 50% to 100% gain in the amount of pullups you can do.

The Pullup Push Workout was originally developed by former Navy SEAL, Stew Smith, to help prospective Navy SEALs train for Navy SEAL Physical Screening Tests. Although developed for the Navy SEALs, Stew Smith's program will help ANYONE, no matter what your current pullup amount is.

***Due to iOS development guidelines, the application must be opened every day during the two week program for the notification system to operate***

Testimonials from past users:
-"I want to say thanks for your Pullup-Push program, I managed to do 23 full form pull ups in the end (2 weeks). 10 was my staring point."
-"I did the Pullup-push program for a second time and I went from 9-10 pullups to 18-19 pullups. Doing this program again after taking time off from it really does work. Great program!"

ABOUT STEW SMITH:
Stew Smith is a graduate of the U.S. Naval Academy, a former Navy SEAL Lieutenant, and author of several fitness and self defense books including The Complete Guide to Navy SEAL Fitness, Maximum Fitness, The Special Ops Workouts, and SWAT Fitness. Stew has trained thousands of students for Navy SEAL, Special Forces, SWAT, FBI, ERT and other law enforcement professions.

Stew has made appearances on television shows such as National Geographic Channel's “Fight Science” and in newspaper and magazine features in The Washington Post, Men’s Fitness, Men’s Health, and Sports Illustrated, further highlighting his expertise in training and fitness.

Disclaimer: Many of these exercises will push your body to its physical limit, making it important to have a buddy watching at all times. We are not responsible for any injury resulting from use of this application. Although this program has been proven to work, results vary from a 50% to 100% improvement in pushup count. Variables such as age, experience, and form can play a factor in your results.