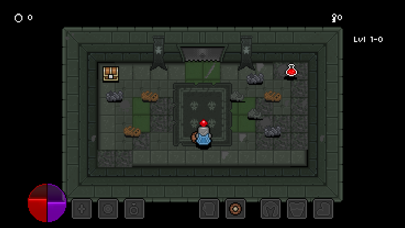 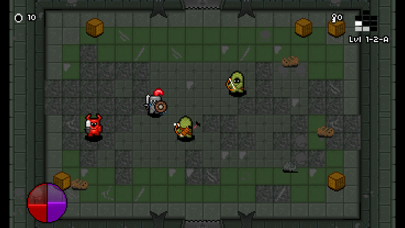 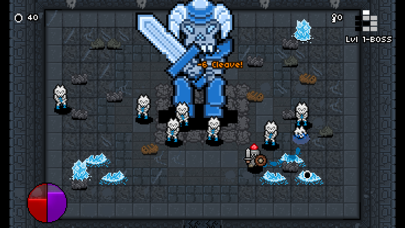 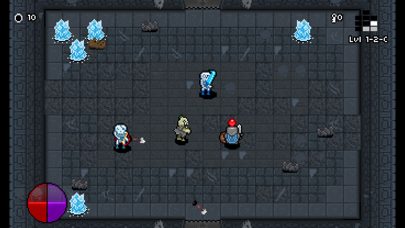 "It's a smartly and elegantly designed game that's not afraid to permakill you" --IndieGames.com

"The distilled essence of every 8-bit action role-playing game ever. Love it." --Kotaku

"Bit Dungeon brings together The Legend of Zelda’s top-down dungeon stomping, Diablo’s loot lust, and the unforgiving difficulty of roguelikes within a slick retro-style quest." --Mac|Life

"It’s great fun, made even more entertaining by the retro visuals that bring to mind classics like The Legend of Zelda on NES." --Game Trailers

*Known Issue*
*Warning*, it is best to re-install the game when applying this update. There is a known save issue on some devices if you update with out re-installing.

*Instructions*
You and your wife were captured by demons...
You wake up trapped in a cell, grab your sword and let the quest to find your wife begin!

•The "Save Rune" feature is only there to stop playing and pick it up later.
•If you die you lose all items and start over.

•Extra Life: at Level 4 you receive a Soul after the boss instead of more magic. When you die this soul gives you a second chance.

•“Touch” to control the character.

•Hold down “Touch” to charge up and use a STUN ATTACK.

•Hold Down “Touch” to BLOCK any attack.

*Stats*
LifeRegen – Regens life slowly over time.
LifeSteal – Steals life and heals you per hit.
DeathStrike – Chance to instant kill normal enemies.
Chop – Chance to take off 25% of total life in one hit.
Cleave – Chance to do "Double" attack Damage.
Proc – Chance to shoot a magic bolt on hit.
Crit – Chance to do a Critical hit (Critical Damage3).
Defend – Chance to block all enemy Damage on hit.
RunSpeed – the movement speed of your character.