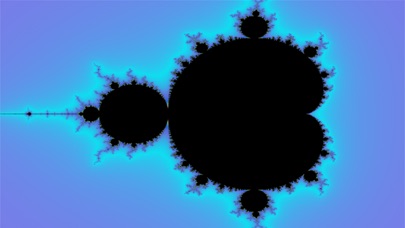 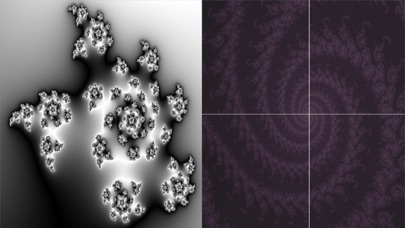 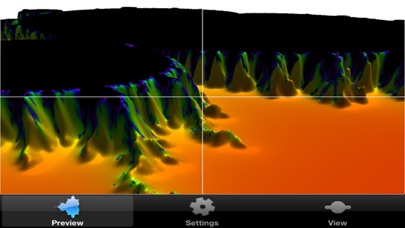 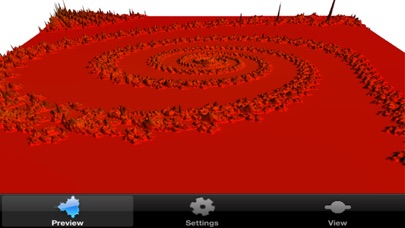 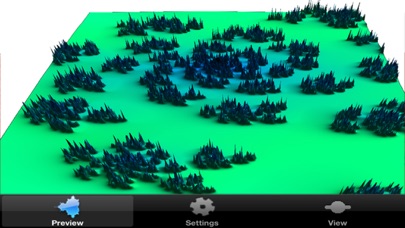 Fractal 3D is a powerful tool for generating and exploring fractals 0such as the Mandelbrot and Julia sets. The 2D view allows for easy surveying and customization, while the 3D view captures spectacular images that can be exported at up to 16 megapixel resolution. Multi-processor support and an OpenGL powered renderer allow for blazing fast speed. With double precision 64-bit mathematics, Fractal 3D is capable of resolving detailed images up to an incredible 1,000,000,000,000x magnification level! To give perspective, a single atom of carbon magnified one trillion times would be longer than two football fields. Each fractal is fully customizable and changes happening in real time. First adjust the fractal set type, equation power/ constants, iterations, resolution, color scheme, and smoothing options. Once the fractal is rendered it can be explored with intuitive panning and zooming controls. After a place of interest is found, customize the 3D view by rotating the fractal, moving the camera, and adjusting the lighting. Due to the nature of fractals, the number of unique patterns to be found is limitless. Use the rendered images for desktop wallpaper, printed artwork, or just enjoy the beauty of exploring one of a kind images created by pure mathematics.

Fractal information from Wikipedia - A fractal has been defined as "a rough or fragmented geometric shape that can be split into parts, each of which is (at least approximately) a reduced-size copy of the whole," a property called self-similarity. The term fractal was coined by Benoît Mandelbrot in 1975 and was derived from the Latin frāctus meaning "broken" or "fractured." A mathematical fractal is based on an equation that undergoes iteration, a form of feedback based on recursion. There are several examples of fractals, which are defined as portraying exact self-similarity, quasi self-similarity, or statistical self-similarity. While fractals are a mathematical construct, they are found in nature, which has led to their inclusion in artwork. They are useful in medicine, soil mechanics, seismology, and technical analysis. A fractal often has the following features: It has a fine structure at arbitrarily small scales. It is too irregular to be easily described in traditional Euclidean geometric language. It has a simple and recursive definition. Because they appear similar at all levels of magnification, fractals are often considered to be infinitely complex (in informal terms). Natural objects that are approximated by fractals to a degree include clouds, mountain ranges, lightning bolts, coastlines, snow flakes, various vegetables (cauliflower and broccoli), and animal coloration patterns. However, not all self-similar objects are fractals —for example, the real line (a straight Euclidean line) is formally self-similar but fails to have other fractal characteristics; for instance, it is regular enough to be described in Euclidean terms.