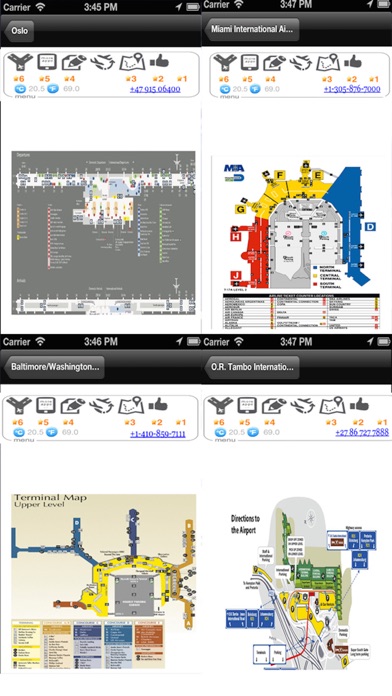 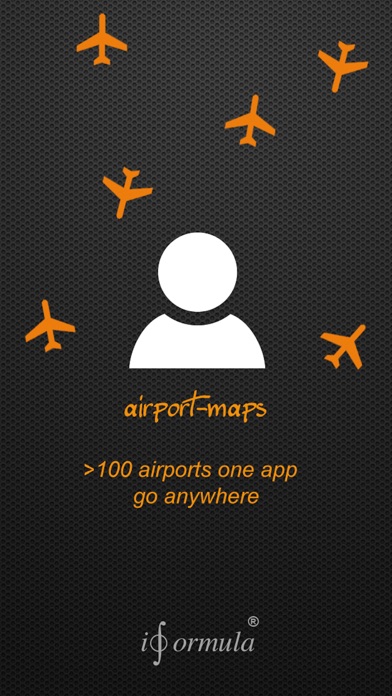 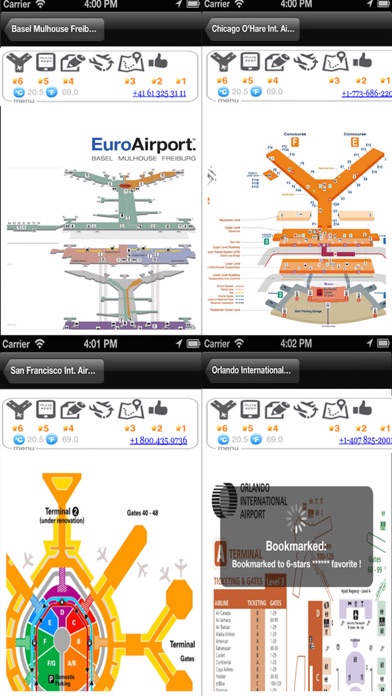 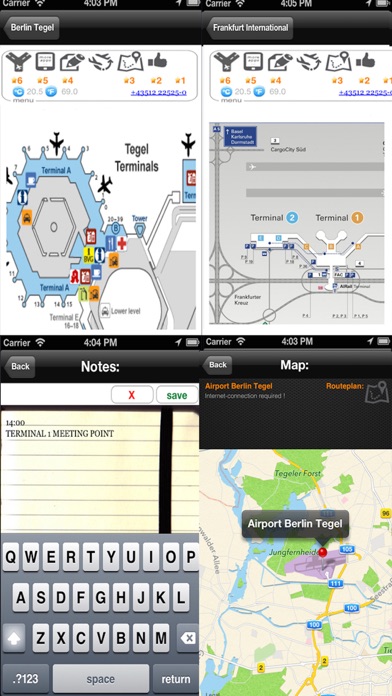 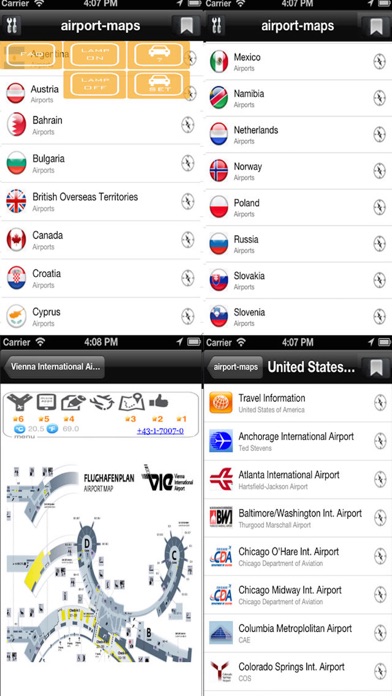 We are the world leading developer of airport terminal map apps ! Compared with other airport apps of this kind, this is the only app, which includes all maps also OFFLINE !!

You do not need a 3G, LTE or Wifi connection, or GPS, all maps are included in this app. This is very useful for example, if you are in the plane and your iPhone is in airplane mode, you are still able to study your terminal map of your destination airport ! Where is the baggage conveyor belt, car rental, or duty free shop !

We own "permission to use right" for all maps included in this app. legalized by our cooperate partners, or the maps are free to use for non commerical issue, or drawn by ourself !

Included terminal maps and our cooperate Partners are:

Many airports website have their terminal maps online, but many of them use interactive flash versions to display them - Most mobile devices including iPhone, can't display a flash, that's where airport maps bridge the gab !


What do our cooperation partner airports say about this app:

"... I believe this is a fantastic service for i-phone customers and we will gladly join the project..." Int. airport Bratislava
"...it will be our pleasure to participate in such an application..."
"...Thank you for your request; we certainly need more people like you to help improve the customer value chain..." ACSA Airports Company South Africa