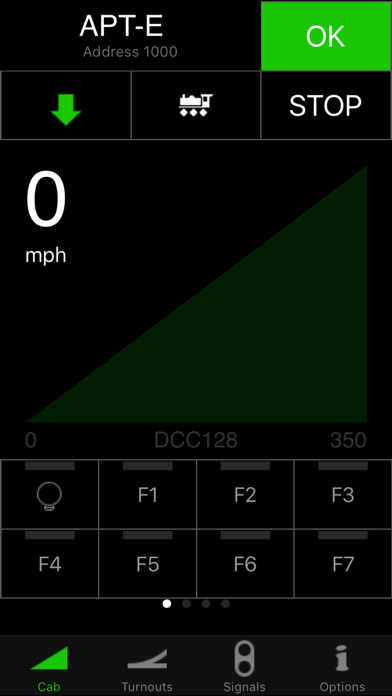 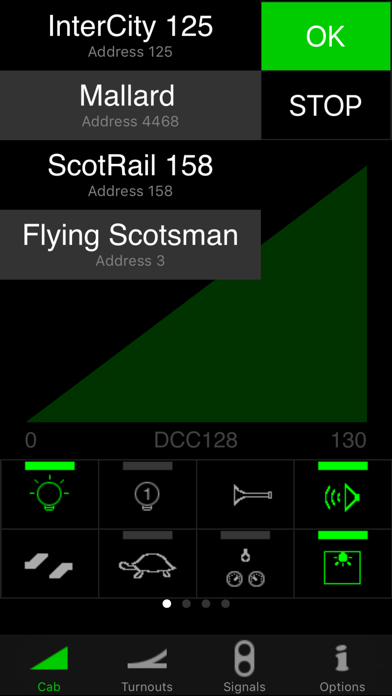 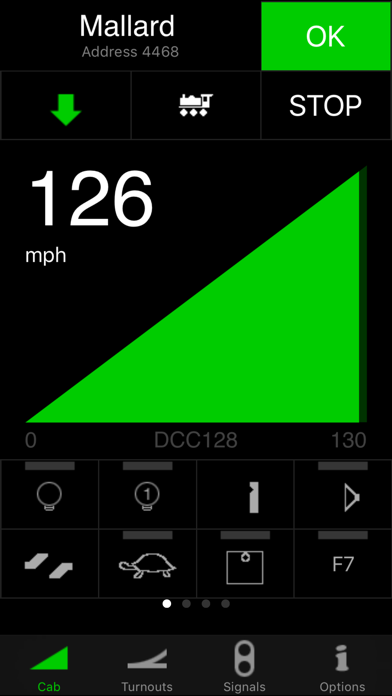 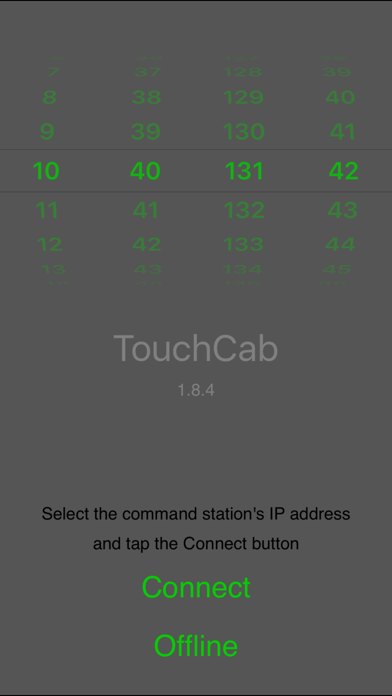 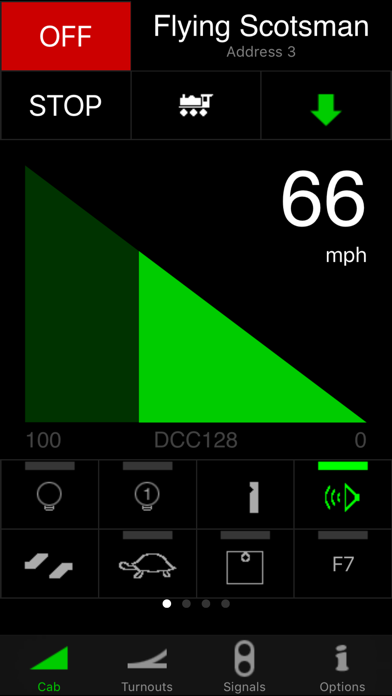 Updated UI to be more inline with the current iOS.
Built for 64 Bit.
ECoS Auto Discovery.
Various other bugs were squished.

Would you like to run your model railroad from the iPhone or iPod? You can - with TouchCab.

TouchCab is a handheld controller for your DCC (Digital Command Control) model railroad / railway / train set. With TouchCab you can follow your trains around your layout without having to worry about plugging and unplugging a wired device. You can throw switches/turnouts and set train routes as you move along.

- Tap the speed wedge in either side to speed up and slow down your trains
- Change speed gradually by dragging across the speed wedge
- Double-tap the halt button to halt all trains.
- Swipe the function buttons sideways to access locomotive functions above F7
- Switch between left and right hand operation from the options tab
- Control routes and turnouts from the turnouts tab
- Control signals and other accessories from the signals tab

Want to try before your buy?

Try TouchCab Free - a feature limited free version that is built on the same code base as TouchCab.