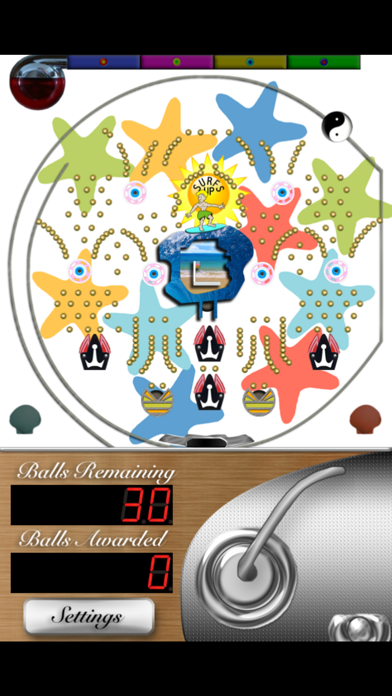 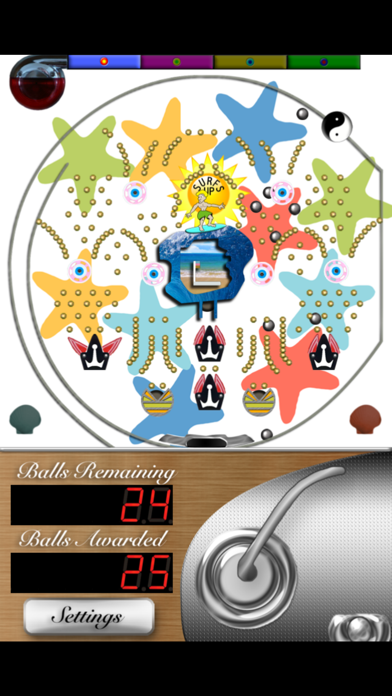 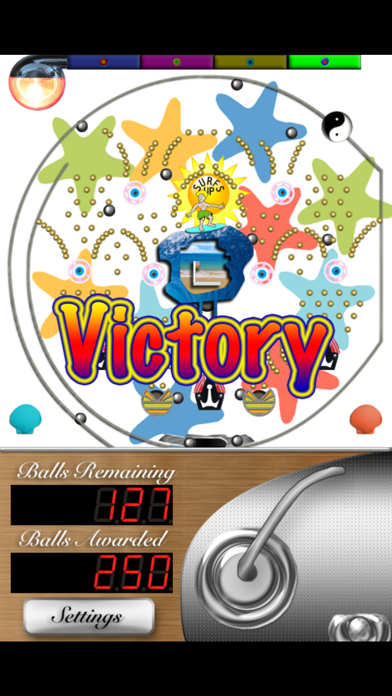 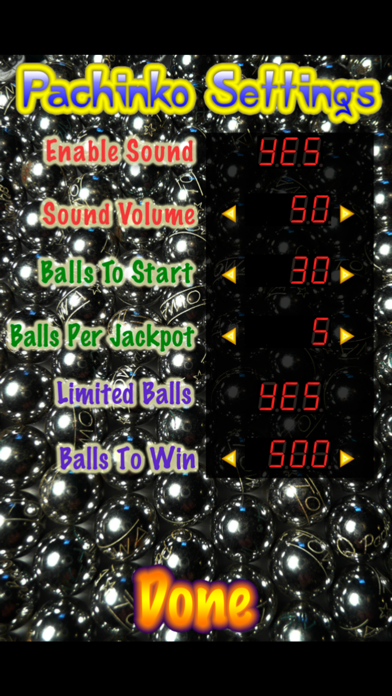 Pachinko is a game that is somewhat similar to pinball machines in the United States. In Japan, Pachinko machines are used as gaming devices in Pachinko parlors, where people play to win prizes or money.

We are THRILLED and honored that in Japan Pachinko had reached the #1 position in Top Games and #5 in Top Applications!

The original machines were totally mechanical. Our game emulates the early mechanical models. A bit of skill is involved to launch the ball to certain areas of the machine, but it also takes some luck to get the ball in a “wing” or “drop bucket” to receive a jackpot of balls from the bank. For more information check out: http://en.wikipedia.org/wiki/Pachinko

On-Core Pachinko Features
- Classic Pachinko emulates the original mechanical Japanese machines from the 70’s and on.
- There are modes that control the starting number of balls, jackpots, and number of balls required to win the game.
- High Scores when playing in unlimited mode (Limited Balls = NO).

How to Play
To play, move the lever downwards by swiping your finger over the lower section of the game from top to bottom and then lifting your finger to release the lever. How far down you pull the lever will determine how much force is used to launch the ball. The balls are launched up through the chute on the left and fall down from the top. You hit a jackpot when your ball falls into a “wing”, “drop bucket” or the center section of the game. The bank pays you with additional balls. When a ball enters a wing or the center section of the game, one or more wings will open. Wide open wings provide a much greater chance of a ball getting in to hit a jackpot.

When you get a ball in the center where the surfer is, not only will you earn more balls, one, two or all four of the wings will open depending upon where the ball hits the wave. Experiment with pulling the lever down different distances to learn how you can control the area into which the balls drop.

Some users have reported that initially found the game a bit hard. We suggest that you go into the Settings and raise the "Balls to Start" and "Ball Per Award" to higher numbers.