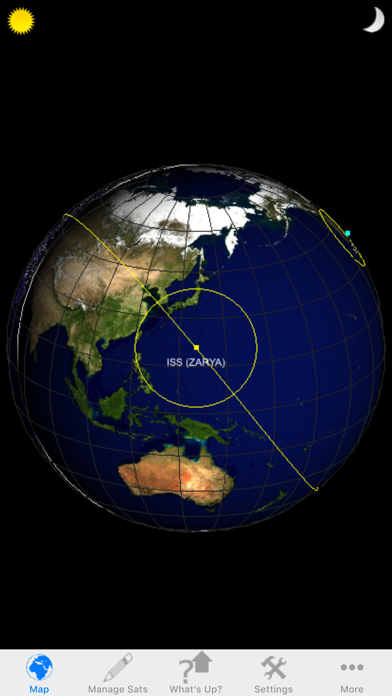 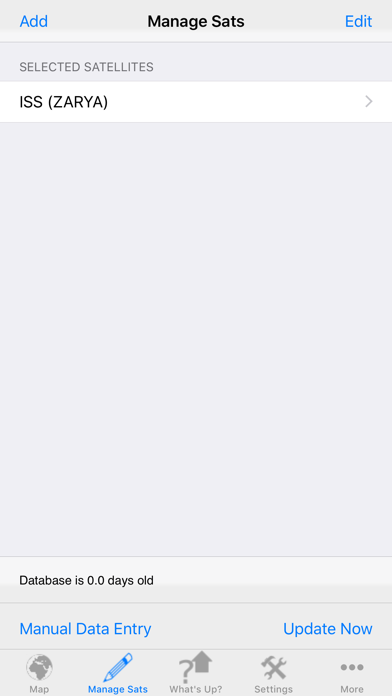 Well after a BUNCH of work, I have managed to consolidate all of the SatSeries of apps (ProSat, HamSat, ISS and their iPad cousins) into a single universal application that provides access to different features via a subscription model. The "Classic" versions of the app will continue to be supported for defects through the end of the year but all new feature development will be focused on the new universal application.

So, head over to the new Satellite Tracker application (https://itunes.apple.com/us/app/satellite-tracker/id1438679383?ls=1&mt=8) to keep up on all the new features!

ISS is part of the Sat series of applications (ISS, HamSat and ProSat) and is a visualization/utility application that allows you to see the location of the International Space Station and other associated satellites (Soyuz, Progress, PSSC...) in realtime over the Earth (up to six satellites may be tracked simultaneously).

You can see the Earth rendered either as a 3D globe or a 2D map using photo realistic texture maps for the Earth model. The orientation of the map is easily changed by a simple rotation of the device from portrait (3D) to landscape (2D). In either orientation you can zoom in and out as well as pan using the touch screen. Controls are given to allow you to select: the texture maps used, whether shading is performed, whether to draw political boundaries and if a lat/lon grid should be presented.

In addition, the application can calculate the rise/set times of the primary satellite, Sun and Moon for your specified location. In the case of the satellite calculations, you can further specify whether the overflight times should take into account optimal ground viewing characteristics (meaning the satellite is lit, the ground is dark and the max elevation is greater than 10 degrees)

Thanks for the feedback and keep it coming,
-Craig