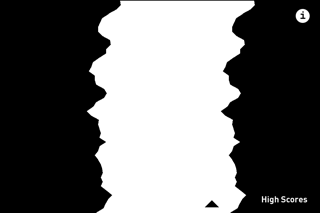 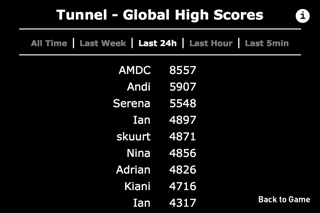 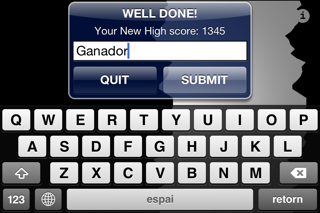 Tunnel is a small game designed for the iPhone / iPad. It is my tribute to Tunnel, an arcade game that one can play on an hp48 calculator. This game kept me entertained while I sat through some very boring lectures back in university. Simple, responsive and addictive - everything a good game needs.

Tunnel's beauty lies in its simplicty. You navigate a ship through a never ending tunnel. Hit a wall and you lost. It uses the orientation sensor as controls, making it very direct and intuitive.

Your aim is to improve your high score. The tricky part is you don't know your current score is until you lose. There is no current score counter. This wraps the game within a very tense atmosphere, where you can never relax as you are never sure if you did beat your own high score. As you play, you brain concentrates 100% on not hitting the walls. As you advance through the tunnel and difficulty level increases, you feel the adrenaline rush of not knowing if you've already beat your high score. This creates a very unique feeling, where time seems to stop around you, and the only important thing is Tunnel.

I designed this with battery endurance in mind. It's so light on the CPU, that it doesn't drain the battery in an hour like most of the iOS games do. This allows you to play for extended hours on end without worrying about missing any important calls later! And because it's so lightweight, it allows you to listen to your favorite music as you play.

WARNING: this game is known to create dizziness on some people. Take breaks after extended play.

Tunnel uses the orientation sensor as controls, making it very direct and intuitive.

Tunnel was first released as a Mac OS X application, available at http://uri.cat.