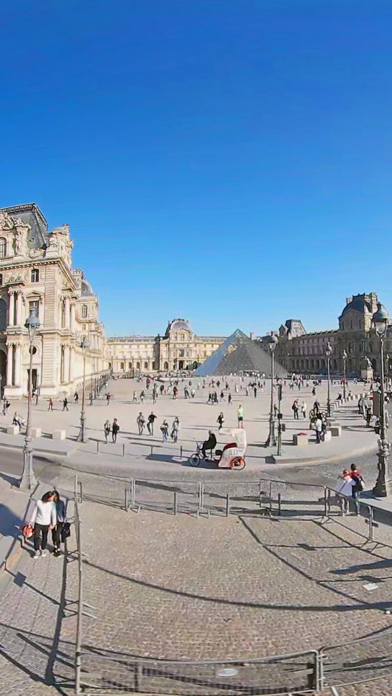 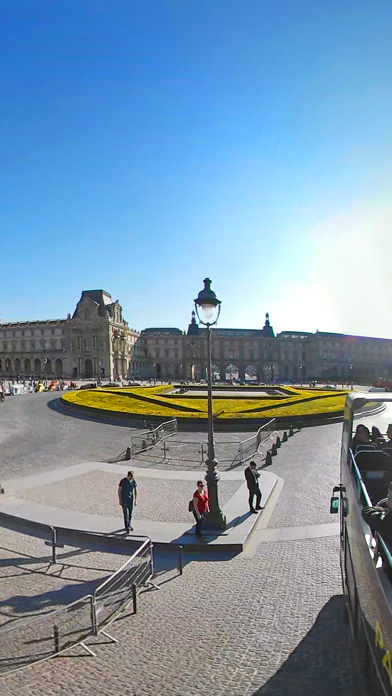 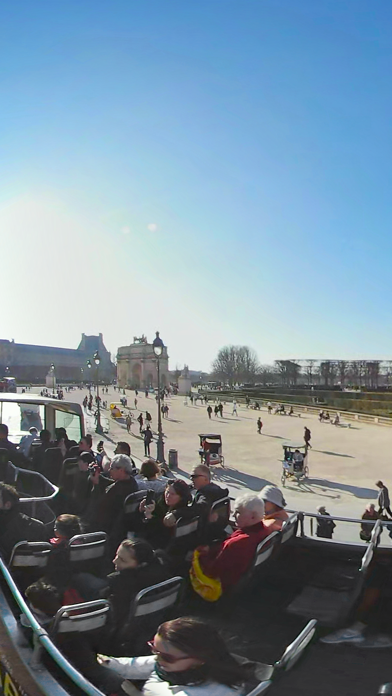 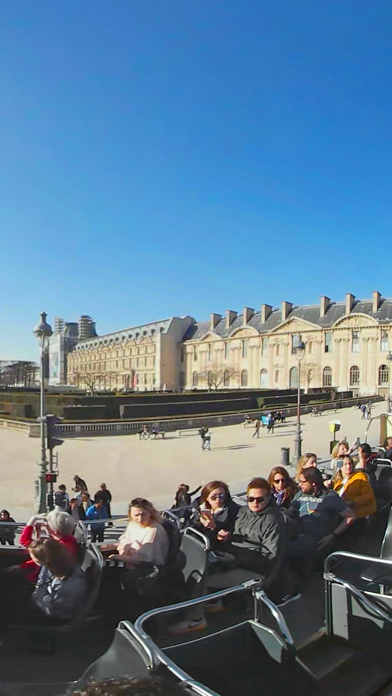 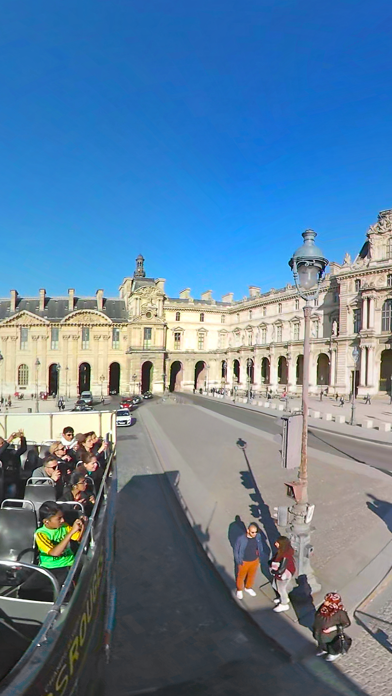 Nice VR experience and beautiful memories if you already were there or if not, gain experience as if you are there and show this your friends.
Take a real Virtual Reality bus tour through Paris, France.
The tour takes 33:02 minutes.

There are no simulation all is real. It is a real bus tour.

You control the view in all directions.
Turn your head, look up and down.

You have never seen this before.
This is the ultimate VR Experience ... frameless.

In the starting home scene you can choose one icon. Please look in direction to this icon to start the 360 degree video.
Inside the 360 video you can start the player control bar for fast forward and rewind video. Look quick down to get the plus sign. Look to this sign and the control bar would display. With home sign you would go back to the start scene.

There are no simulation all is real.

Start the app and slip your iPhone into one of the many available VR glasses. With the help of the split screen each eye is assigned its own view. The gyro-sensor in the iPhone, and that is special, moves the picture in front of your eyes according to how you move an bow your head.
This gives the impression of having a look around in a real room or environment.

System requirements: iOS 6.0, iPhone, iPod touch or iPad.
Important: Please make sure that you have a VR glasses for iPhone and/or iPad in order to see the app in VR View.
For iPad you can choose the new Dive 7 or other.