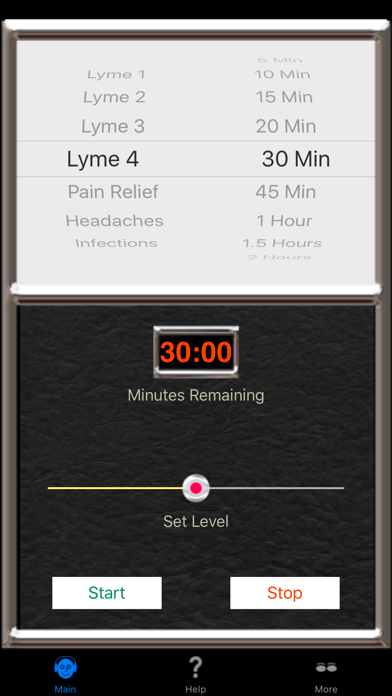 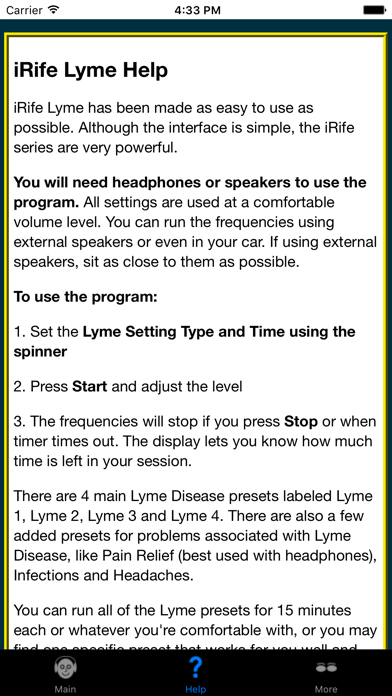 A Pocket Rife Machine for Lyme Disease and More...

Rife Frequencies came about from Dr. Royal Rife and his work with the effects of frequencies on humans and had a 100% success rate with various problems.

Modern Rife systems are inclined to use audio. There are many reasons for this - one being safety. Recent discoveries and field trials have proven that audio is very effective when using Rife Frequencies.

One fact that sound is 5 times more efficient in water than air. This is how whales communicate over such long distances. We humans are made up of mostly water. Now, this technology is used by doctors and universities around the globe.

If you are looking for airy fairy sounds and background music - THIS APP IS NOT FOR YOU. Rife frequencies can be annoying and downright obnoxious, but they are composed for a specific purpose to complete a specific task.

iRife Lyme handles the task...Now, you can have a pocket Rife Machine!

To use iRife Lyme, you need headphones (preferrably the big over the ear type) or speakers. Yes - you can run the frequencies while driving in your car as well.

Welcome to the future :-)

Get iRife Lyme Now and get Rife Frequencies on the Go...