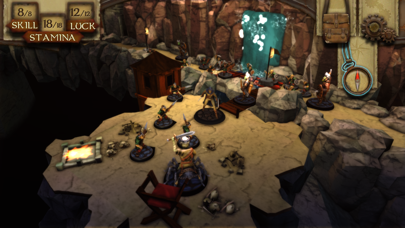 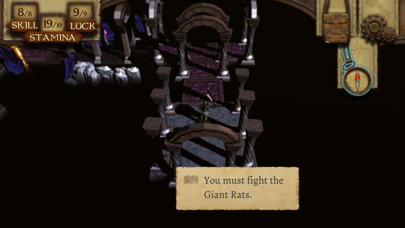 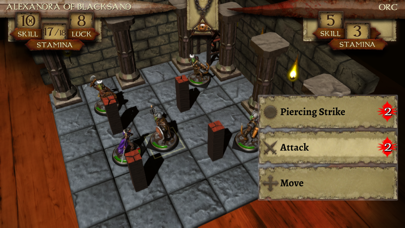 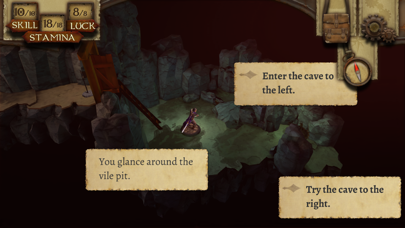 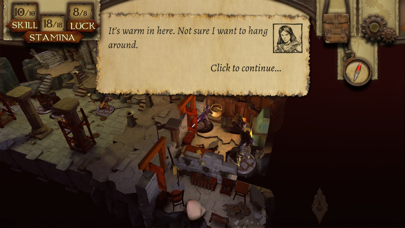 An epic adventure through a mysterious mountain filled with monsters, magic and mayhem!

"Spectacular Re-Envisioning. It's rather special." - Gamezebo

“If you’ve ever played a tabletop RPG and been lucky enough to have your dungeon master build out a miniature set, that’s what Tin Man’s done here. It’s absolutely delightful...” - PCWorld

“I can speak on behalf of Fighting Fantasy fans everywhere when I say that this is, to date, the most enjoyable and definitive adaptation of the gamebook” - Game Cynic

"This is an engaging and entertaining single player boardgame with an impressive story, a lovely look, and plenty of nostalgia too. Definitely one to check out." - Pocket Gamer

+ A tabletop adventure come to life with figurines and an environment that assembles itself
+ Fully interactive story, with 1000s of choices, which change for each of the four heroes
+ Story and choices adapt to adventuring style with unique hero quests to complete
+ Over 100 beautifully crafted character and monster figurines to find and interact with
+ Simultaneous turn-based combat system using hero weapon skills and clashing dice
+ Outwit your opponents by learning their fighting styles and predicting their moves
+ More heroes, fighting styles and quests available to download
+ Adapted from the best-selling Fighting Fantasy gamebook by legendary game designers Steve Jackson and Ian Livingstone

From Tin Man Games, the award winning studio that has released over 30 digital gamebooks and interactive fiction apps on the App Store, including those from the Fighting Fantasy series. The Warlock of Firetop Mountain goes one step further from previous releases, jumping from the 2D page and transforming into an epic 3D domain, with new areas to explore, characters to meet, and of course, monsters to slay!

The Warlock of Firetop Mountain, originally published in 1982 as a paperback and selling over two million copies, was a pioneering release that popularized the solo gamebook and successfully brought the role-playing game experience to a wider audience. Writers, Steve Jackson and Ian Livingstone, founded Games Workshop and have continued to have a distinguished careers in both tabletop gaming and video games. Original illustrator, Russ Nicholson, has also returned 35 years later to create new artwork for the game!

The game comes pre-loaded with four heroes: Lunika Ekaadi, Dekion Strom, Alexandra of Blacksand and Arran Gottspeed. More heroes can be bought, with new combat skills and story quests, from within the app.

The original 1982 Fighting Fantasy paperback by Ian Livingstone and Steve Jackson has been transformed into an epic domain, with new areas to explore, characters to meet, and of course, monsters to slay! Zagor's home builds right before your eyes as you travel deep into the belly of the mountain.

Each character has their own motivations for being in Firetop Mountain, changing the way the gamebook is written and choices presented. Combat is fought using the digital miniatures in a simultaneous, real-time system called GridBluff, and the game includes over 100 unique hero and monster figurines to discover.