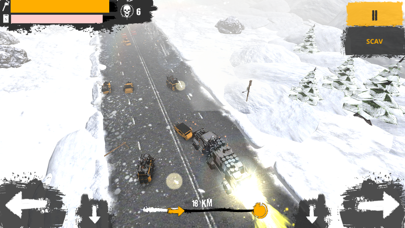 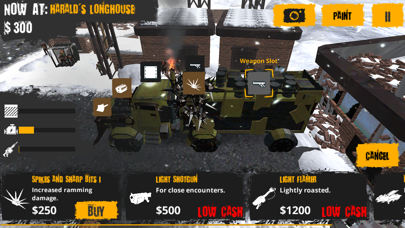 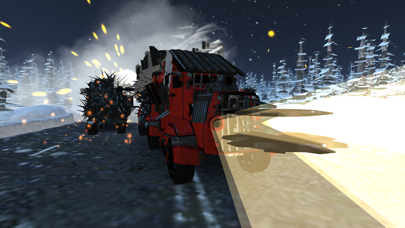 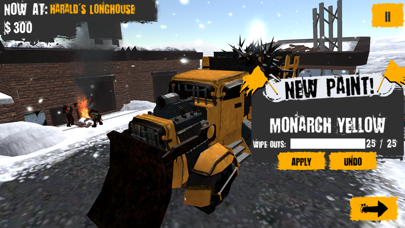 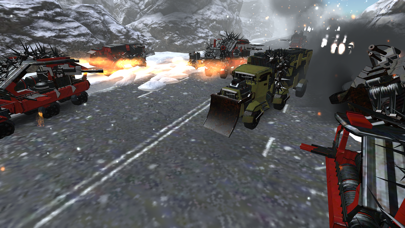 - Updated to fix the annoying crash on start bug that's been plaguing people for some time now.

I'm really sorry that I dropped the ball on this. I've been working hard at building up the next content update and completely missed that so many people were having this issue. It won't happen again.

If you continue to experience issues, please contact me as soon as possible so that I can work through fixing the problems.

Rev your engines and sharpen your circular saws!

Unstoppable is a furious post-apocalyptic truck racing game where your goal is to survive an explosive highway of mad raiders hell-bent on your destruction. Weapons at your disposal include machine guns, mounted spikes, circular saws, flamethrowers, miniguns and minions to turn your truck into an explosive death machine!

* A fully upgradeable big truck – boost your weapons, speed, fuel, armor and more to conquer the highway!
* Unlock an insane number of weapons to bolt onto your truck: spikes, shotguns, flamethrowers, grenade launchers, mounted circular saws, a magnet gun and much much more!
* No highway ever the same. A procedurally generated highway and mad enemies will keep you truck racing for hours.

* Explosive difficulty with raiders who'll ram, bash and shoot you with all kinds of weapons.
* Cash for damage - cause as much furious destruction as you can to be able to afford the baddest weapons.
* No ads!
* No in-app purchases!
* Just explosive highway truck racing.

Unstoppable is TOO HARDCORE for older devices, as such we recommend purchasing on iPhone 5s, iPad Mini 2 and iPad Air or newer. While the game might run on the iPhone 4s, iPhone 5 or the iPad Retina (2012) and below, we don't officially support these devices.