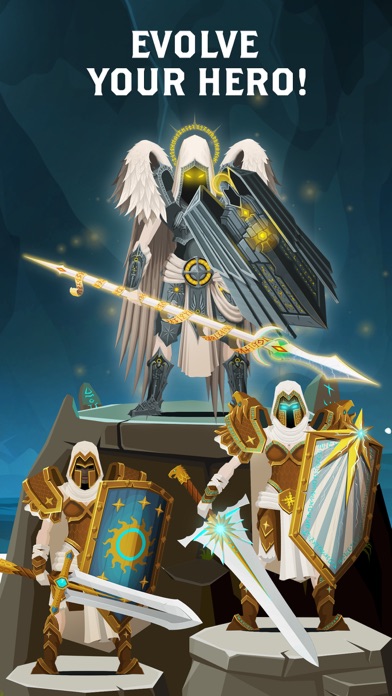 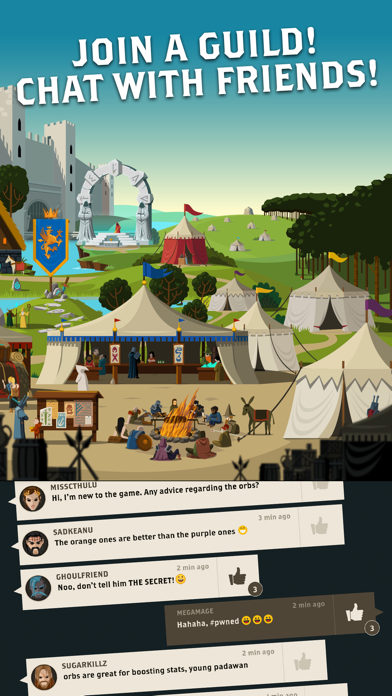 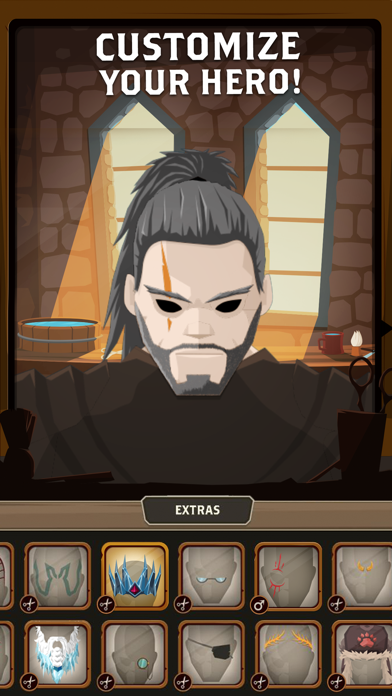 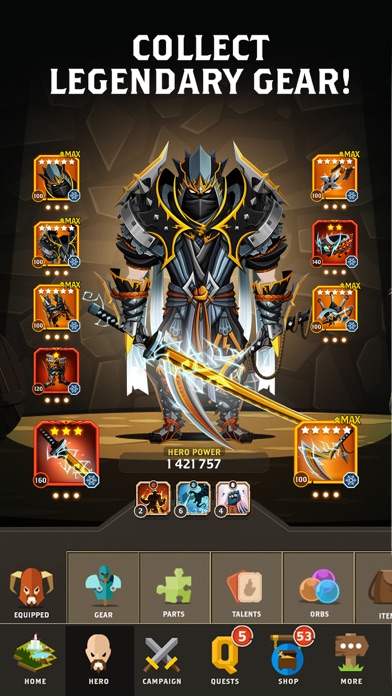 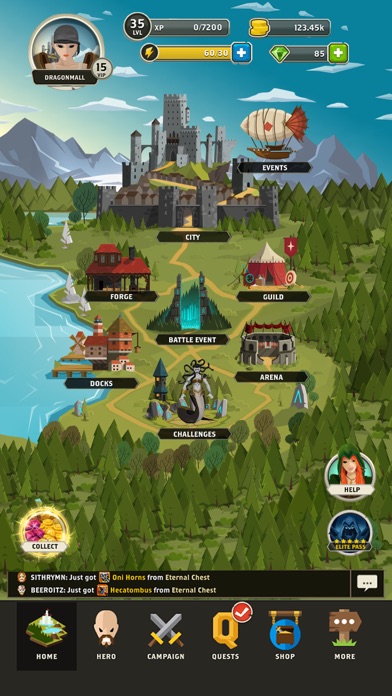 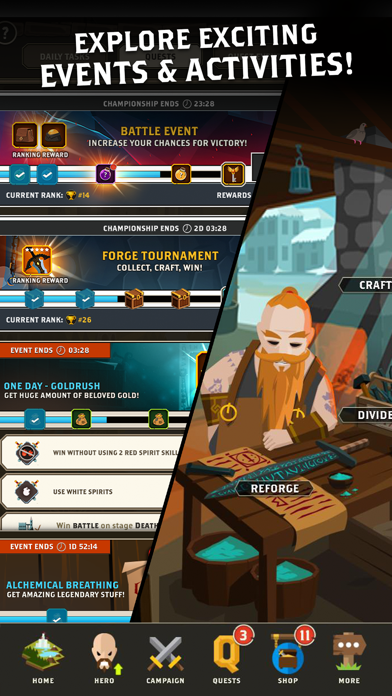 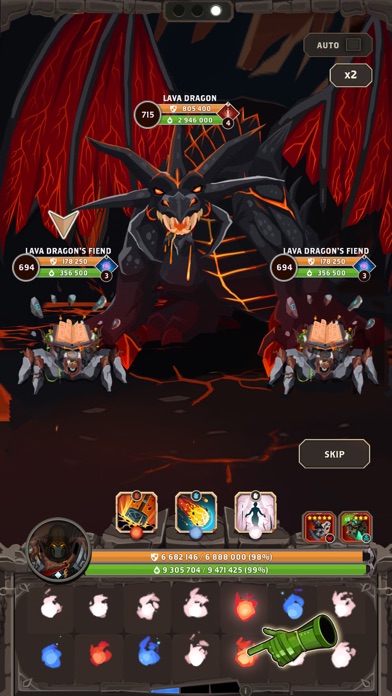 Being a game that I've spent money on (very rare) I'm diss appointed that you max out on level 65! It's very frustrating as I'm losing the passion I once had for this game.
Please update! - ★★★★★
Awesome game team... if you're patient and happy to grind it out then you really don't need to pay. Though if you get the base bank top up once it'll give you a small boost for $5. Save your gems until you really need them. Use all the ads every day and use as much stew per day, all the ships/travel and the shopkeeper!
Great game - ★★★★★
udjzqzysm
とてもシンプルで時間を忘れるほど楽しいです。
（実際はスタミナ制なので程よいところで打ち止めになります。）

Create and customize your own character, collect epic gear, equip your hero with powerful artifacts, and climb the rankings! Join the guild, chat with friends, and compete in epic multiplayer guild raids to rule the world of Valia!

One of the top rated turn-based RPGs out there!
- Immerse yourself in an amazing story, defeat evil, and bask in glory and fame!
- Enjoy a deep character customization with hundreds of looks, skins & cosmetics to choose from!
- Dynamic evolution - level up your hero, upgrade equipment, unlock talents and magic skills to boost your hero power!
- Create your unique character build from thousands of possible combos, mixing weapons, gear sets, and talents!
- Collect legendary gear, gather gold & eternium, forge mighty artifacts, and use their power to your advantage!
- Complete hundreds of special Quest Events and battle your way to climb the ranking!
- Fight powerful monsters and bosses in a turn-based combat!
- Challenge other players in PvP battles and dominate the Arena!
- Fight in the action-packed PvE campaign and discover a rich fantasy world!
- See the variety of locations in your RPG adventure: discover the city, visit shops, craft in the forge, embark on voyages!
- Join multiplayer guild boss battles and lead your team to victory!
- Take part in the addictive weekly Battle Events with stunning equipment as a reward!

A real treat for all dungeons & dragons and RPG quest games enthusiasts. Prepare yourself for a fantasy game like you’ve never experienced before!

DIGITAL SUBSCRIPTIONS
Auto-renewing subscriptions grant you great game benefits.
Following subscription is available:
- "Basic Monthly Contract" subscription per 1 month.
Payment will be charged to your iTunes Account at confirmation of purchase. Subscription automatically renews unless auto-renew is turned off at least 24-hours before the end of the current period. Account will be charged for renewal within 24-hours prior to the end of the current period, and identify the cost of the renewal. Subscriptions may be managed by the user and auto-renewal may be turned off by going to the user's Account Settings after purchase.

I love this game so much so I can't rate it lower than 5. However there is a problem; like the previous reviews, I cannot access the game, why?, well because the update button in the AppStore is

I've barely stated the campaign and I've already fallen in love with it. The only thing I don't like is the fact that it keeps crashing. Please fix this, and I look forward for what's in store.

Maybe add a third person option in battles so I can admire my amazing looking armour but all in all this game is honestly my favorite game on iOS so far keep up the good content guys.