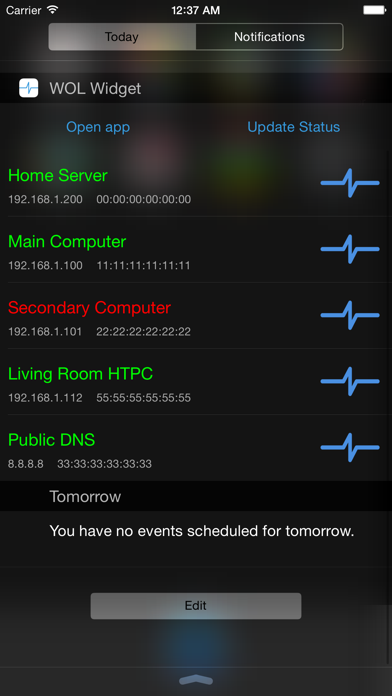 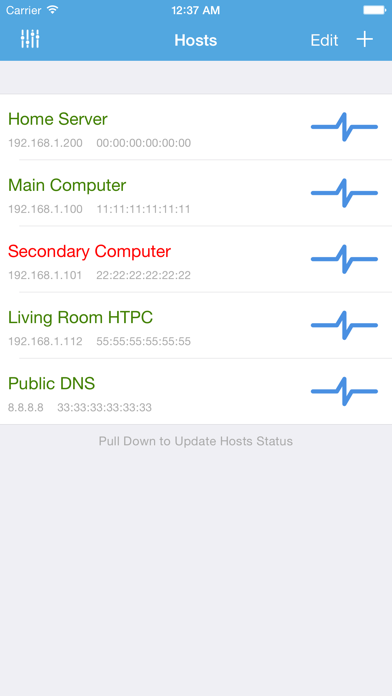 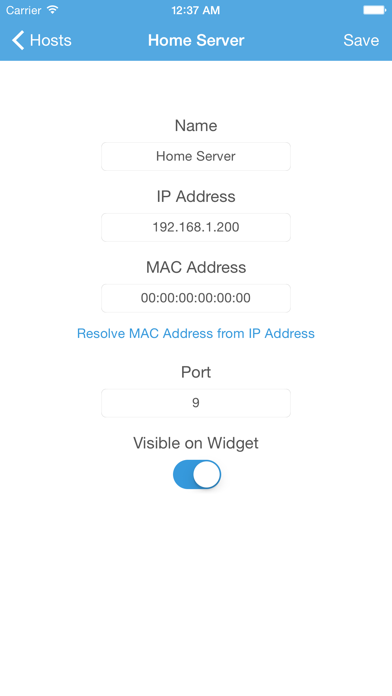 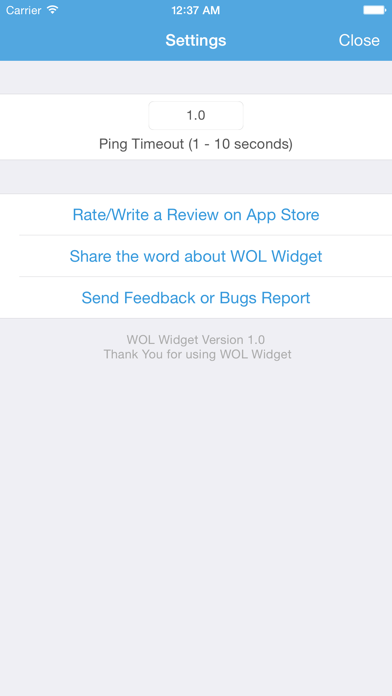 Fixed a bug that prevented some users with different locales from saving IP Addresses.

WOL Widget is a very simple and straightforward tool to power on your computers on your local network (LAN). You don't even need to open the app, as it's right there as a widget in the Notification Center (Today View), with a quick glance you know wether a computer/host is On or Off, and just a tap to wake it up!

## Key Features ##
● Easily monitor and wake up your computers/hosts right from the Notification Center.
● Add/Delete/Edit/Reorder up to 25 computers/hosts.
● Choose which computers/hosts to be visible on the widget.
● Monitor the status of your computers/hosts with just a glance.
● Can be used just as a monitoring tool for remote servers, websites, etc.
● Resolve local computers/hosts IP Addresses to MAC Addresses easily.
● Adjustable 'Ping Timeout' in case you need to monitor some remote hosts on the Internet.
● Universal app so it works on all your iPhones/iPads/iPod Touches models.
● Fully compatible with iOS 9 new multitasking features.

IMPORTANT NOTE:
There's a limit on how many computers/hosts that can be visible on the widget (Notification Center/Today view). This's a restriction enforced by iOS, and it varies depending on the device model (iPads will generally view more than iPhones for example), and also on device's orientation (Portrait will display more).

Your feedback and support are very important to us!
If you have any questions/suggestions/problems, please don’t hesitate to contact us.
Also it would be great if you can spare a minute to rate/review WOL Widget!