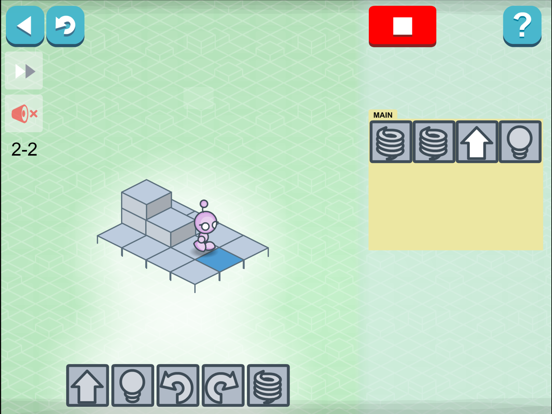 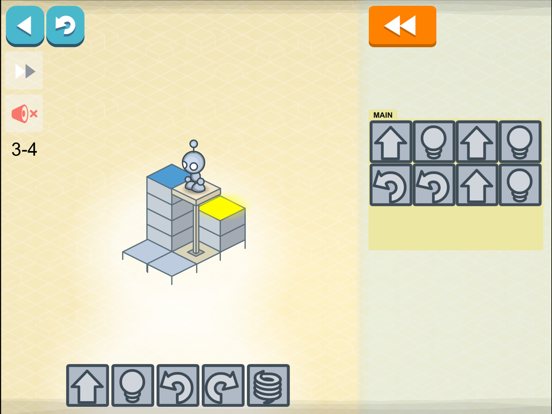 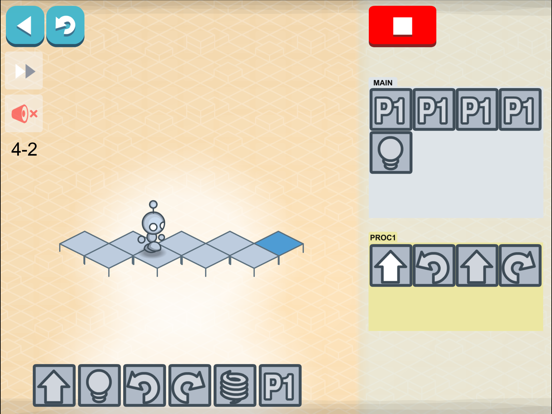 Fixed a few minor bugs, including a major crash bug on iPhone 4 in which the game wouldn't start on that device.

As always, thank you for supporting Lightbot!

Apple Features, in over 100 countries:
*Best New Apps and Games*
*Best for Learning to Code*
*Best in Hot Educational Games*

It's never too early to start programming! Lightbot Junior gets your little ones 'coding' within minutes!

Lightbot Junior is specifically designed for ages 4-8, and is an easier version of the popular Lightbot: featuring a gentler learning curve and not-as-complex puzzles. You can play as Boybot or Girlbot as you solve puzzles that use game mechanics that are based on Computer Science ideas; Lightbot Junior cultivates a real understanding of sequencing instructions, debugging problems, creating reusable procedures and executing loops.

Educators around the world are choosing to use Lightbot first when introducing their students to programming, coding and Computer Science.

Lightbot features multiple save slots and separate progress tracking for multiple players. Multiple players can advance at their own pace in their own save slot, and also compete on number of levels finished, number of stars collected and number of overall commands used to complete the game.

There are NO in-app purchases in Lightbot Junior.