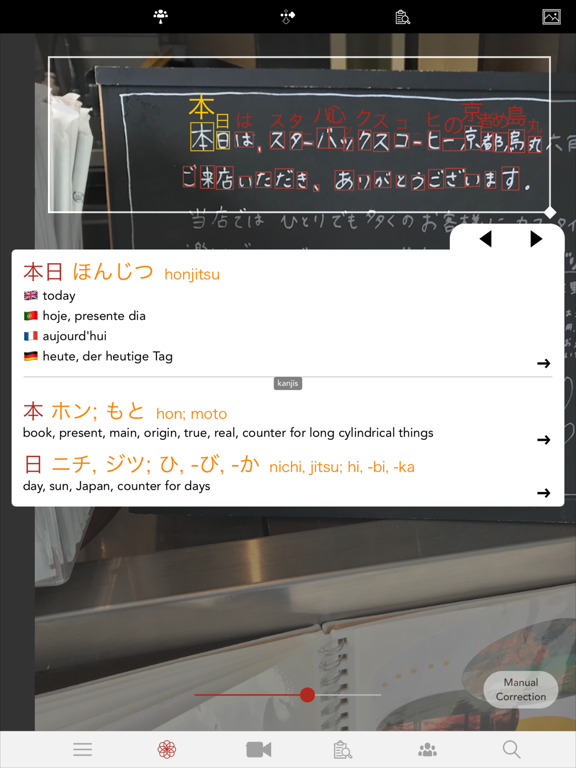 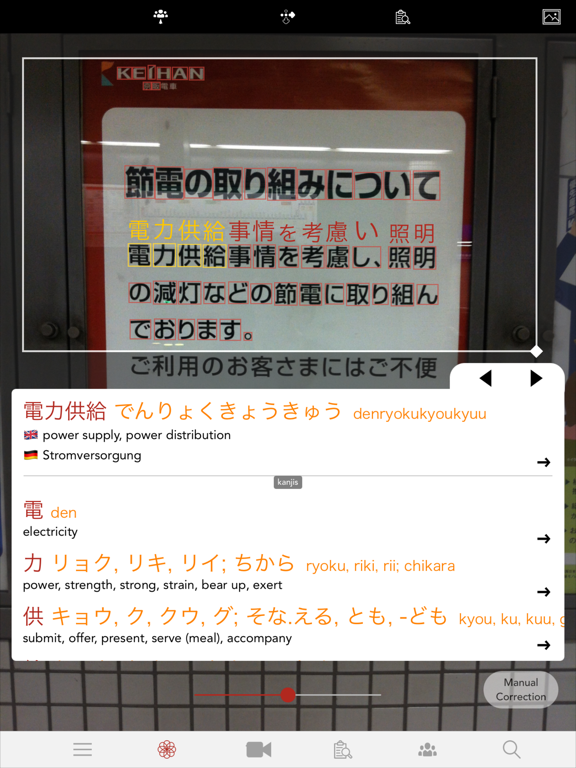 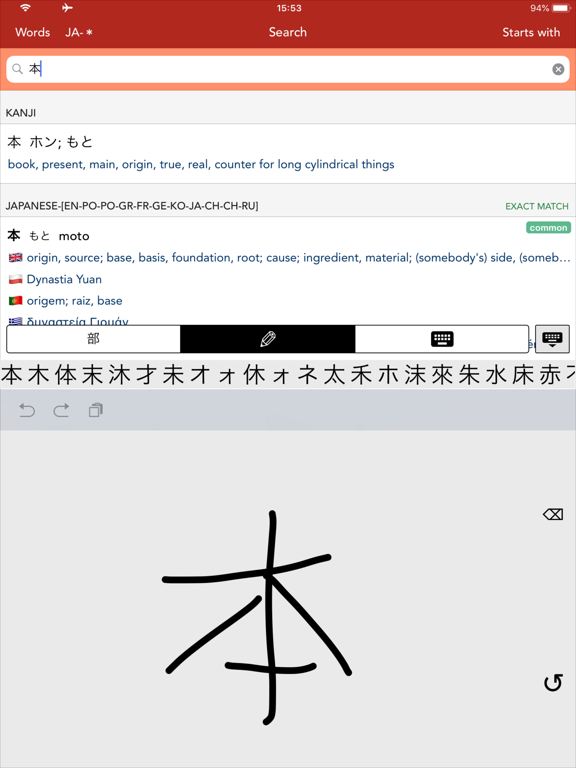 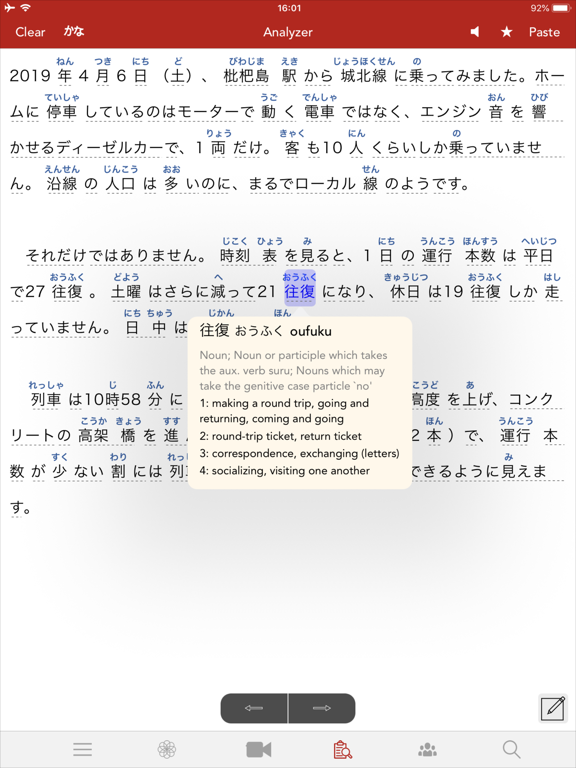 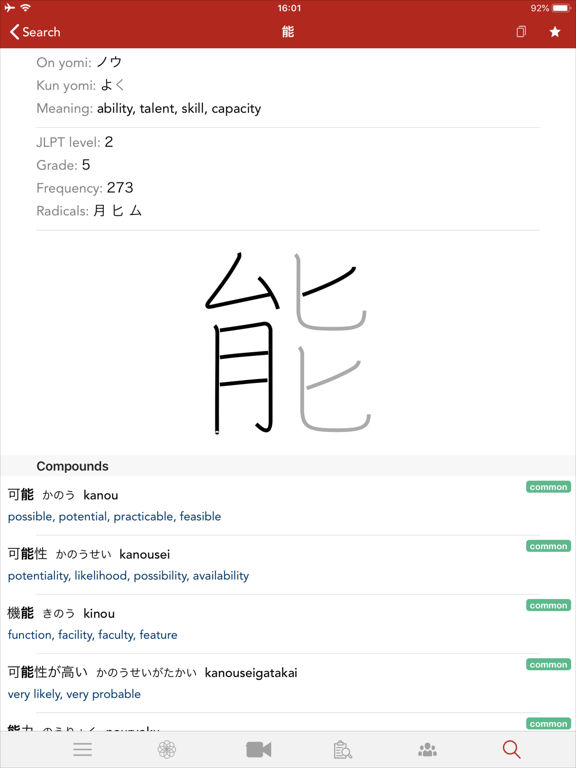 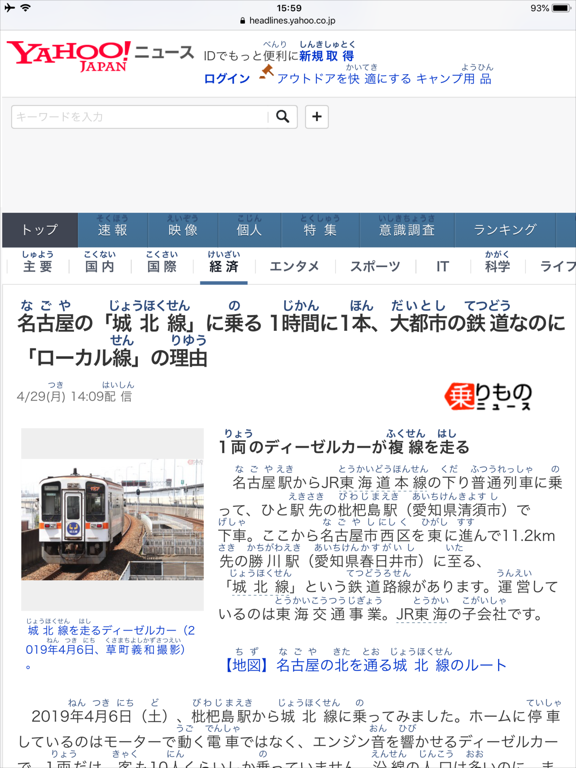 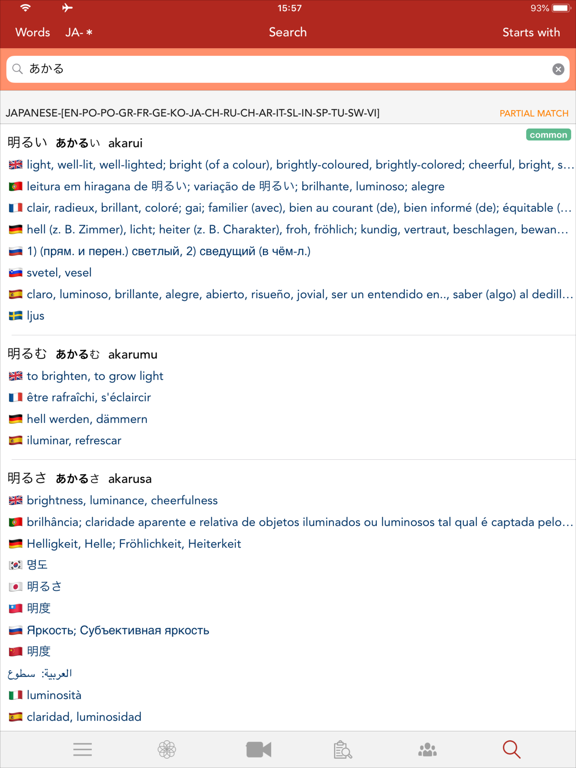 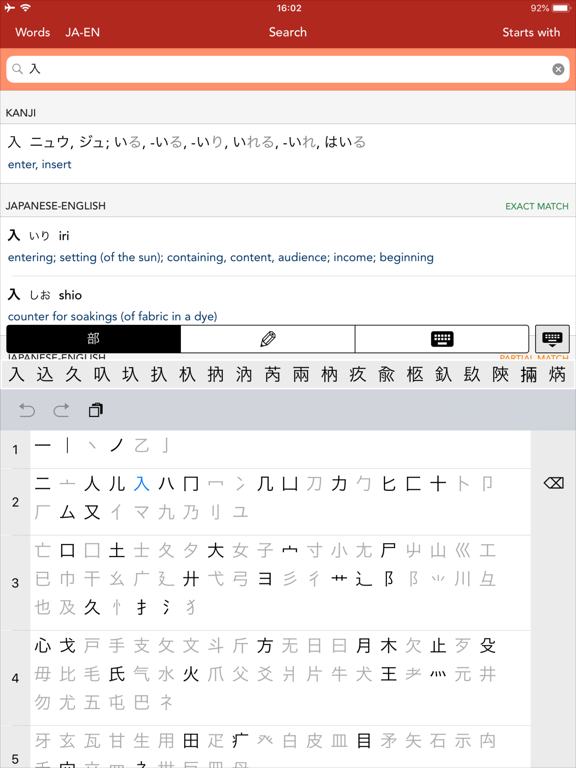 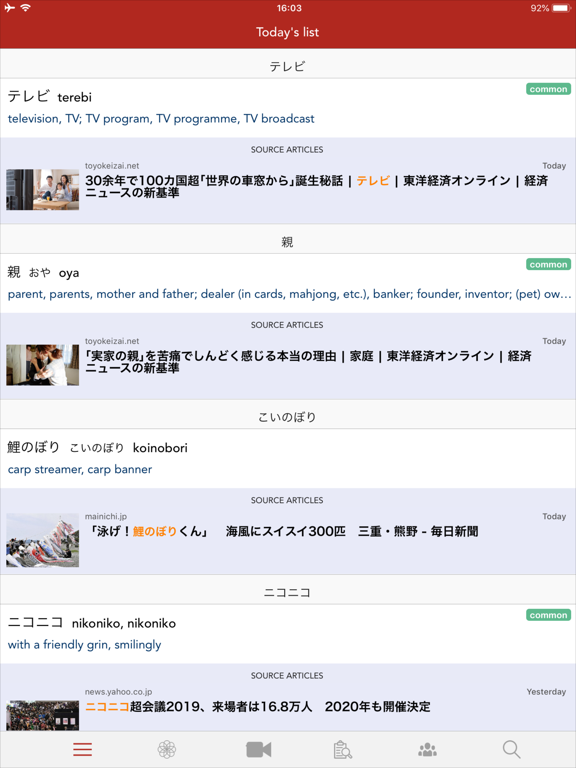 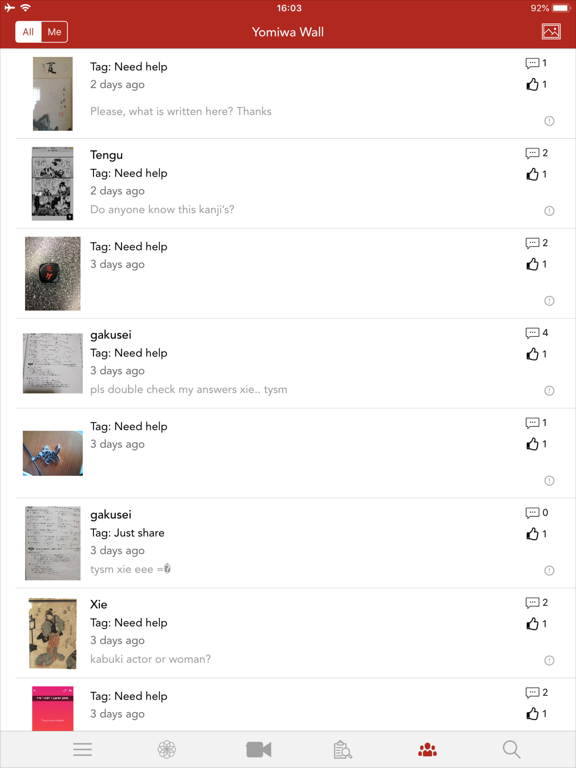 Love and thanks you so much for this wonderful app.
But look like it still have a weird bug:
Best app ever and bug report - ★★★★★
In addition to the camera capture and other features, I use the text analyzer feature of this app for several hours every day.
The best Japanese learning app of all time! - ★★★★★
とてもいいアプリだと思います。
私は現在、国外に住んでいるのですが、友達によく漢字について教えてくれと言われて、何かいいものはないかと思い探して見たところ、このアプリを見つけました。このアプリを知って友達も喜んでいました。
個人的には英語の画像を読み取って日本語に翻訳できるように(つまりこのアプリの逆)なると便利だと思います。
外国人の友達も喜んでいました！ - ★★★★★

• In the text analyzer, you can now easily make a list of all words in the text
• Split view can be disabled in the settings
• Bug fixes and stability improvements

Yomiwa is a dictionary, translator and optical recognizer designed to help you read, write and learn Japanese.

Yomiwa's powerful offline Optical Character Recognition (OCR) engine can recognize more than 4000 Japanese characters in your pictures or with your device camera. Yomiwa will help you read newspapers, books, menus, signs or your favorite mangas.

Yomiwa's dictionary is extensive, intuitive, fast, and delivers Japanese word details into more than 20 target languages. You can input words in any language, alphabet, or even by drawing.

Unique social feature: whenever you have trouble with some Japanese, you can always ask a question or post a picture on the Yomiwa wall. Yomiwa's users, from beginner to advanced level, will come to help you.

EXTENSIVE DICTIONARY:
• Detailed information about words and kanjis (on-yomi, kun-yomi, meaning, stroke order, compounds etc.)
• Huge database of example sentences (> 250K) built from numerous sources
• Fast and accurate Handwriting Recognition
• Intuitive Radical search
• Look up conjugated forms, even if they are incomplete
• Many target languages available: English, French, German, Spanish, Portuguese, Russian, Hungarian, Chinese, Dutch, Slovene, Swedish and more
• Search definitions in any kind of alphabet: Kanjis / Hiraganas / Katakanas / Romajis.
• You can search from Japanese words or from foreign words
• Build vocabulary lists of Japanese words, Kanjis or Sentences (which you can share as files or text in many ways)
• Listen to the Japanese pronunciation of words and example sentences through the "Speak" function

TEXT ANALYZER:
• Paste some text, or import it from the OCR modes, into the Text Analyzer to get definitions of each word in the text
• Furiganas are displayed automatically
• Listen to the Japanese text with the "Speak" function
• Furiganas in Safari: whenever you are browsing on a web page with some Japanese text, tap the "share" button at the bottom and select "Yomiwa Add Furiganas" to display all furiganas

YOMIWA WALL:
• Get help from the user community by sharing pictures on the Yomiwa Wall

***Yomiwa is perfect for:***
• Using as your everyday Japanese dictionary
• Upgrading your reading skills to the next level by reading any Japanese text with Yomiwa's OCR technology
• Increasing your vocabulary by building your own word lists
• Learning and study Japanese Kanjis

We are very responsive to your feed-back and suggestions: feedback.ios@yomiwa.net

Best JP dictionary app out there

I have used this app a very long time and it has helped my with kanjis and words all the way from N5 and N1. I love the feature of taking a photo and let it give you the reading and translation. It

I use this app to look up kanji that I cannot read. Simply take a screenshot of a Japanese webpage or manga, open it in the Yomiwa app, and it will immediately recognize the text. Tapping words will

All you need to learn Japanese

This app has everything, dictionary, text analyser and kanji recognition function. The best part of it is “the wall”, where you can post pictures of kanjies that the app doesn’t recognises and people

This app has been really useful to my JP language studies. Also, whenever I’m facing issues with the app, the Developer Team is very accommodating and quick to resolve the issues. I love the example

Very accurate OCR ... The developer has done a bri

I am astounded that the OCR is so accurate and fast in this app. 日本go can scan both horizontal and vertical text from printed text to signage. But this only one of the many brilliant features packed

This app can tell us how to read and the meanings of Kanji. Live detection works almost correctly. This is an interesting app. I love it.

I've tried other kanji recognition apps before and this one beats them all. Huge timesaver when looking up kanji by camera, plus the built-in dictionary has very useful explanations with sentence

Best app in its category

I use this app daily for my learning and usage at work too. It’s features are quite useful and practical. I highly recommend everyone to give it a try and see for themselves. Have fun learning.

Frankly I quite don’t use the camera kanji detection mode so I can’t judge it properly, but in general it is a very good app and the request wall is a great way to help solving problems.

This app is amazing

This app is amazing and has been very useful to me in my Japanese studies. I have even started reading books and magazines and feel like my Japanese is improving a lot. Thank you !

For now, is a good app, but I just write this to get rid of the annoying “rate us” pop up, I even turn off the setting in my iPhone and it just keep showing.

A little quirky but delivers. Haven't seen anything better so definitely worth it! Currently using it for reading Japanese works and having no big issues so far.

The best application for Japanese learner

This application is really useful for my study.
I can understand the kanji and how to use those kanji by the example in this application.