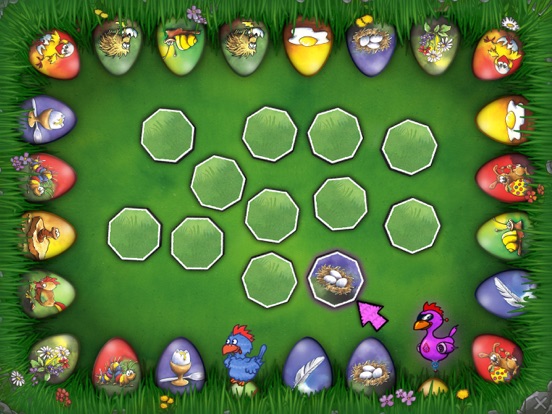 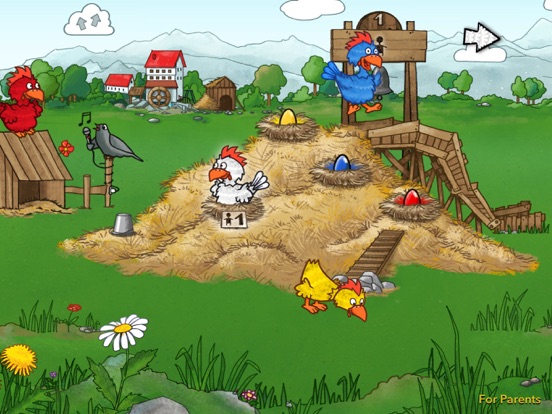 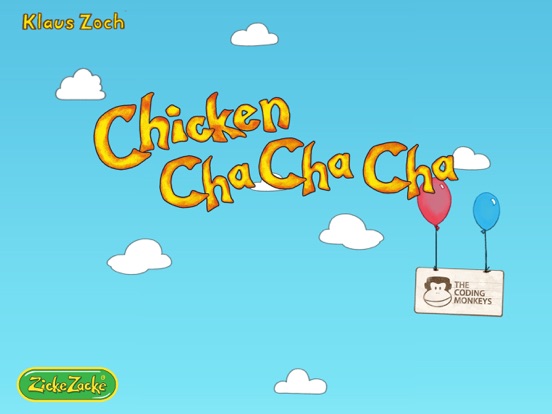 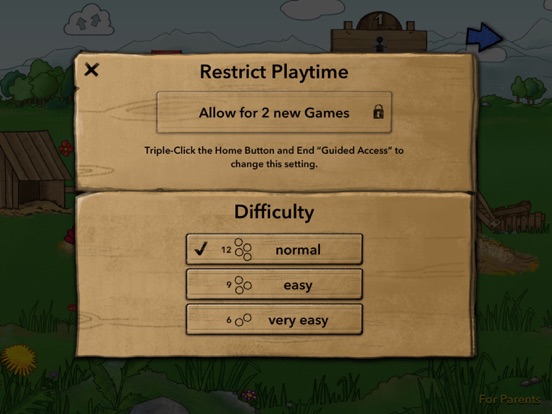 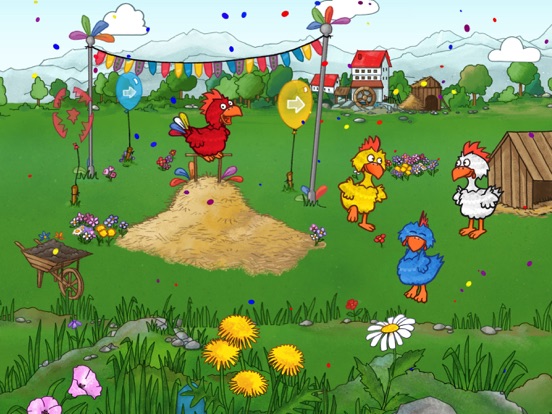 "This is the best children's game I have played on iOS", Bradley Cummings, Editor, boardgamegeek.com

The award-winning memory-training board game for up to four kids now available for iPad!

Kids aged 4 and up race animated chickens around a meadow, all while training their visual memory. Who will be the first to collect all tail feathers and cackle in triumph? Parents are invited to play and test their memory skills, too! The goal of the game: To adorn yourself with borrowed plumes. Try to match the card that's next in your way with a card in the middle of the game board to advance. If your chicken catches up to the next player, you are able to steal her feathers! Collect all feathers to win the game. The fast-paced brainteasing chicken rally is a exciting classic for kids of all ages.

The colorful, merry chickens take this board game classic and bring it to the iPad with intuitive controls suitable for children. The screens are full of details to explore and easily accessible for even the youngest kids, thanks to numerous tests done with children during development of the app. Parents can customize the difficulty and limit the number of games allowed in a play session. Once the play session is over, night comes and the chicken go to bed. Easy, child-oriented, kid-safe - like the "real" board game.

Features:
• 2-4 kids on one iPad or single-player against the computer-chicken
• Three computer-chickens of varying smartness
• Limit plays and secure the app
• Intuitive textless controls
• An easy mode for small kids with less types of cards
• Tested and approved by Kindergarten kids
• Interactive menus that invite to be explored