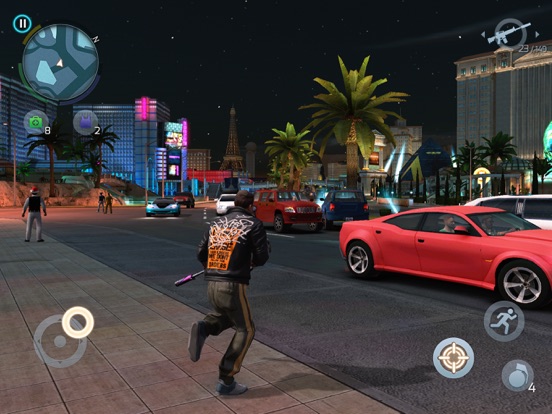 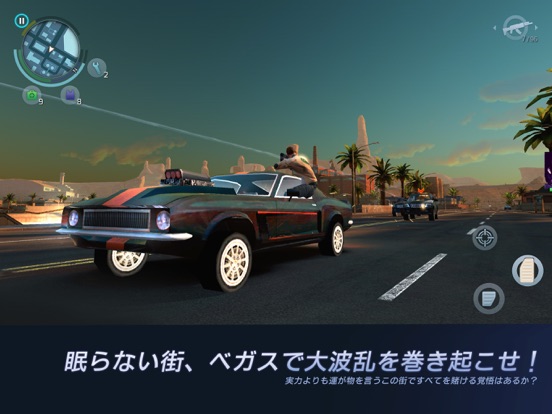 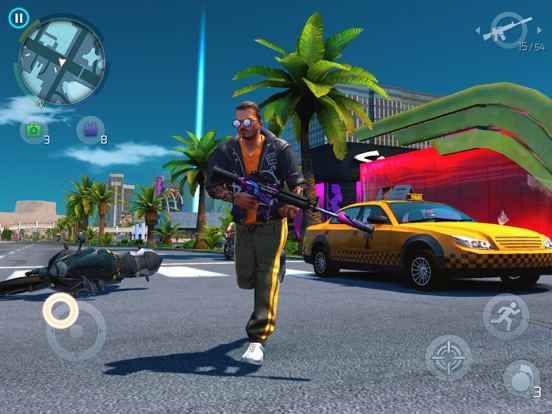 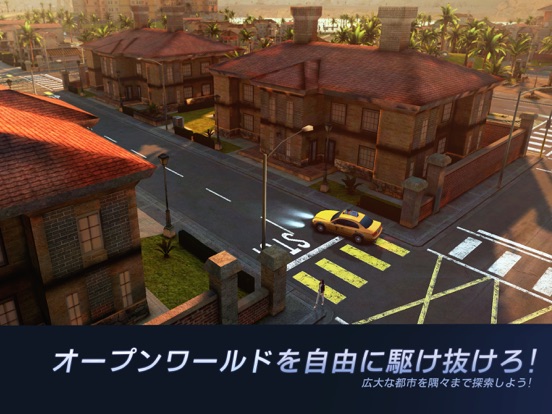 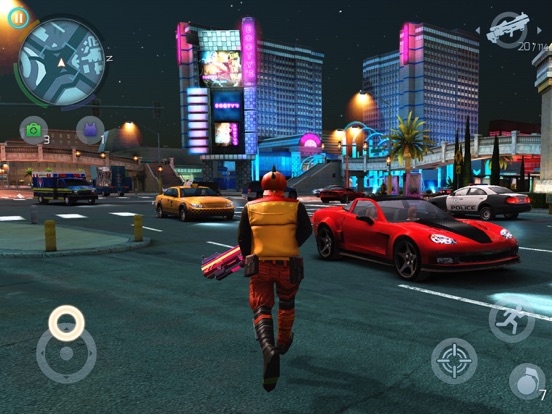 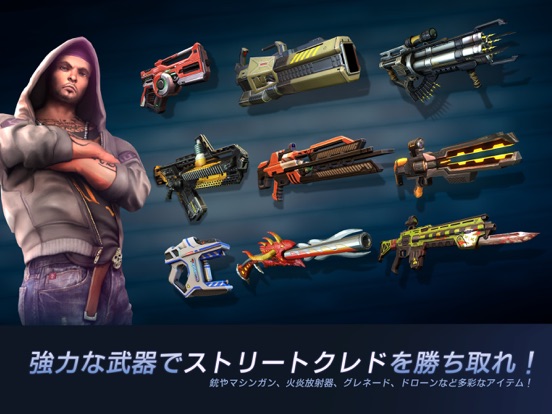 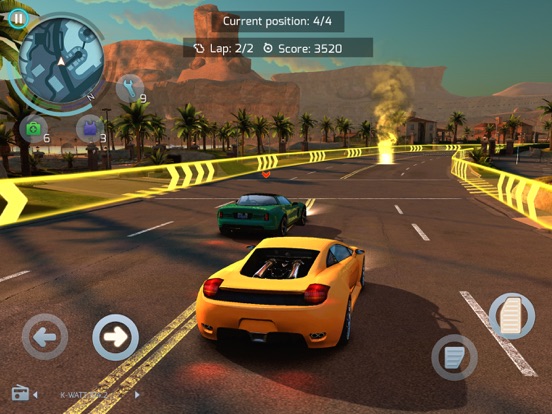 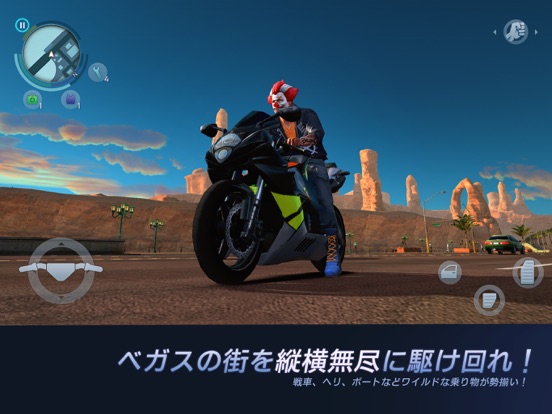 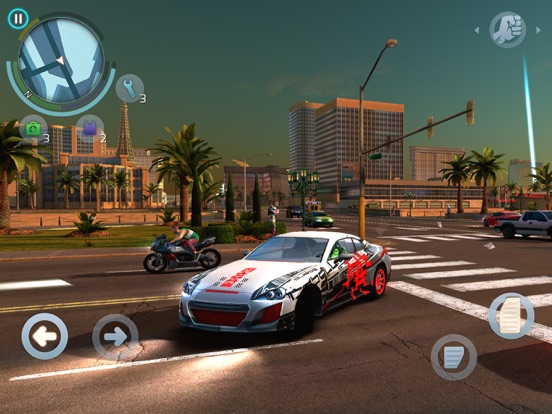 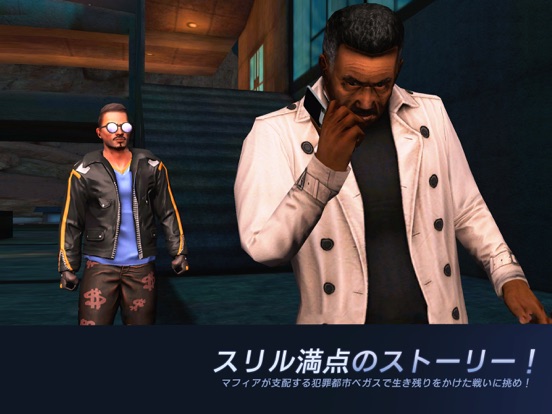 Ready to roll the dice on a life of crime? Then the city of Vegas is waiting for a gangster like you!
⚠️ It’s always a crime season for mafia cartels, so only a real rock star could survive in the famous Gameloft game – Gangstar Vegas!
♂️ Run free in a massive open game world full of gang wars, theft, vice, auto racing, sniper action, clan conspiracies, zombie shooting, street fights, and other absolutely fun and completely wild, just like in your favorite crime movies!

V IS FOR VEGAS: THE CITY OF SIN
Explore every inch of this grand open city, where every vice has a price.
Discover each TPS action mission, racing challenge, secret collectible, and commit grand theft auto like a real rock star of crime.
Take a chance with your favorite casino game of choice. You know, the kind they don’t play in San Andreas or New Orleans…
Become a part of the marvelous adventure saga of the mafia cartel & wage gang wars just like in the best crime movies, full of blasting six guns action, fight night boxing, street fights, city driving & roaming around the massive open world!

INSANE OPEN WORLD ENCOUNTERS
Start your heart racing Vegas story by boxing for the mafia cartel. But soon you’ll be free to claim the real grand prize as you send your own crime clans v. the gang world of Las Vegas city.
Keep fighting for your life through each action packed mission (over 80!) full of theft, auto racing, shooting, roaming, and fun TPS action!
You never know what you’ll battle next as alien wars, waves of tanks, and zombie clans are just part for the course in this gangster city of never-ending crime season.
City driving beyond all limits! It’s not a robbing game, but theft is always an option when you need a car on these gangster town streets!

TOOLS OF THE TRADE
Open the gang wars with a grand bang by fighting with Flamethrowers, Maltov Cocktails, Grenade Launchers and even future firepower!
Try out a grand variety of legendary weapons, including six guns, sniper rifles, grenade launchers, lasers, swords, rockets and anything else your twisted plans call for.
Get behind the wheel of muscle cars, armored tanks, hoverbikes, fighter jets and anything else you’ve dreamed of taking for some city driving since you were a little gangster.
Deploy deadly drones to give you some auto cover fire, counter strike support, and healing for your mission of crime.
Become a rock star gangster as you customize your TPS skills and in-game gear for maximum action in this adventure saga.
♂️ Indulge your vice for style with dozens of costumes that let you become a Vegas high roller, zombie gangster, mafia kingpin, world boxing grand champ, auto racing pro, Shaolin fighting master, street fighter, future sniper, a real rock star as you are, and much more!

ENTERTAINMENT FOR ADULTS
Nobody can stop you from having the best possible roaming experience in this open world full of fun beyond limit. I'd like to see the cops even try to stop you!
♀️ There’s a strip club in the Red Light District that's always open & free! Need we explain more?

Seek for help on our forum: http://gmlft.co/GV_Forum

Check out our videos and game trailers on http://www.youtube.com/Gameloft

Visit our official site at http://www.gameloft.com