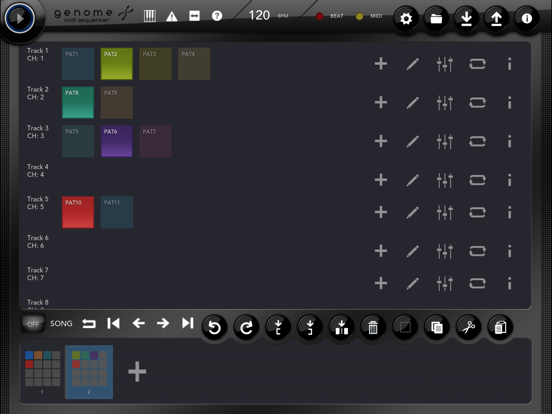 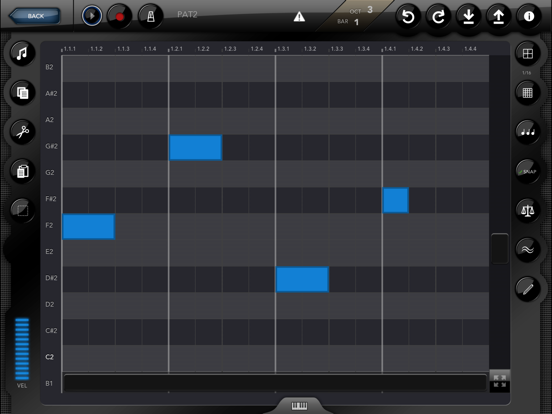 Musicians can start tearing it up in the studio with Genome MIDI Sequencer (GMS), a powerful pattern based MIDI sequencer for the iPad. With GMS you can control all of your MIDI gear and apps* - sequence single patterns or an entire 16 track song.

GMS supports any CoreMIDI compliant iPad interfaces such as the Griffin StudioConnect, Line6 MIDI Mobilizer II, iRig MIDI and others.

IMPORTANT NOTE: Though Genome now has a basic set of instruments, some MIDI gear or other music apps that support virtual midi connections are recommended for use with this app.

List of MIDI USB devices that do and do not work with the CCK: http://iosmidi.com/devices/

* Apps must support virtual MIDI ports
** Supports exporting songs and patterns from GMS and importing MIDI loops (not complete multitrack songs).
*** Your local network conditions will affect performance. The Windows rtpMIDI driver is not officially supported at this time.