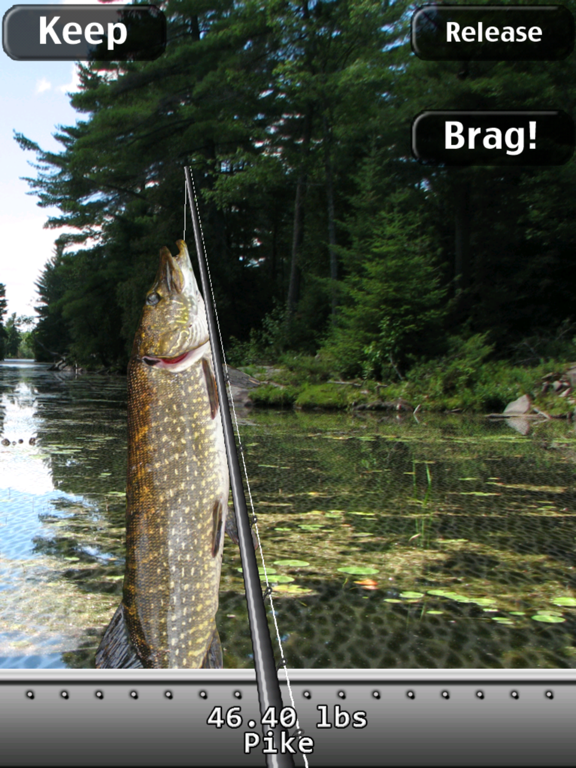 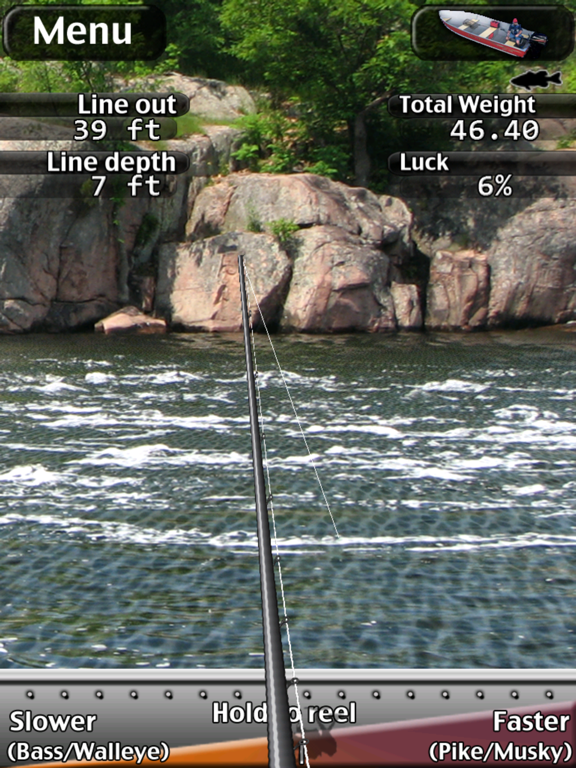 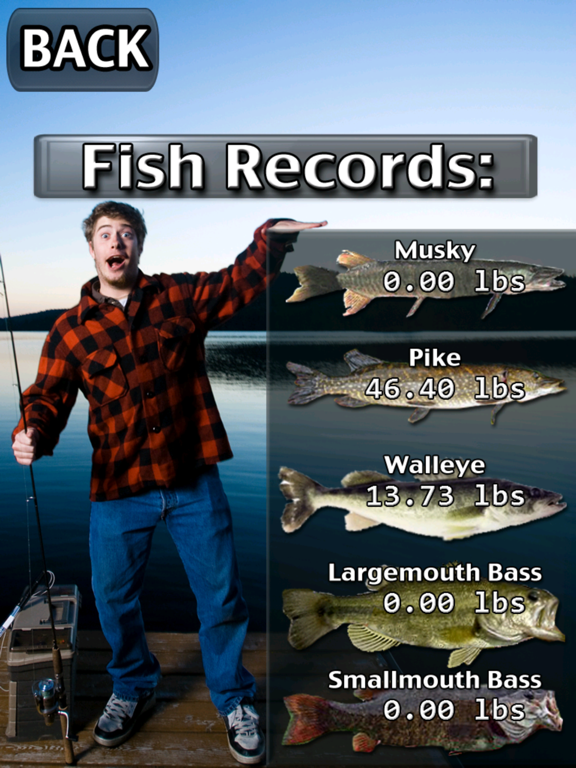 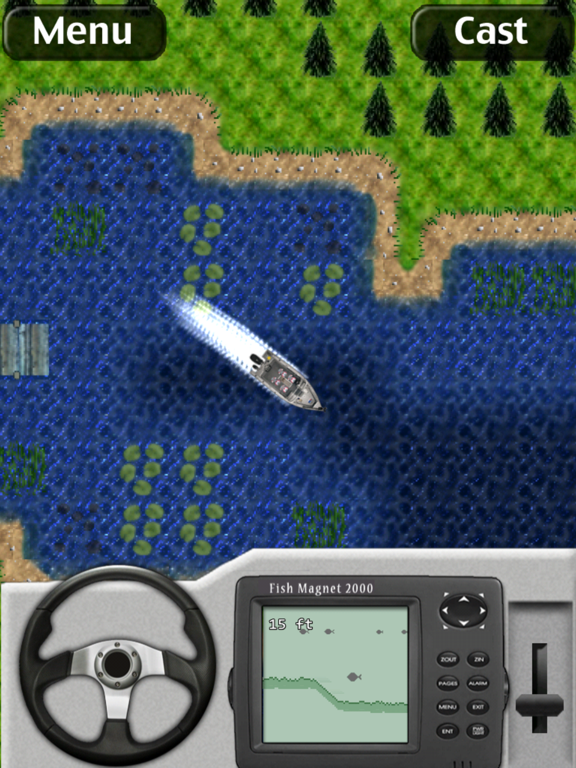 This blows the other fishing games away in terms of realism and gameplay depth! In iFishing, location, lure, lure depth, jigging and your reeling speed makes a difference about what fish you catch. It is the only fishing game that lets you drive a boat around a lake and fish structures. Different species are attracted to different habitat on the lake, so location is key!

- Use the iPad's accelerometer to jig, aim your lure, and fight fish.

- Exciting fish fights while keeping the line tension in check, even see them jump!

- Use the fish finder and drive your boat to seek out the best places on the lake.

- Advanced fish AI, including schooling behavior, lure preferences, and hotspots based on structure such as dropoffs, weeds, lilypads, logs and rocks.

- Practice or Tournament modes in 3 difficulties.

- See over 40 real life HD backdrops and different ambient sounds based on where you are in the lake.

- Trophy room to keep track of your biggest fish ever caught.

- Multiplayer tournaments against up to 4 friends over bluetooth, with in game chat. Compatible with the iPhone version of the game (NEW!)

DEVELOPER NOTES
-To unlock more lakes you need to win cash in the tournaments. Check the lake screen to see how much cash you've earned and need to unlock the next lake.

-You can't keep fish that aren't considered sports fish, like perch or bluegills.