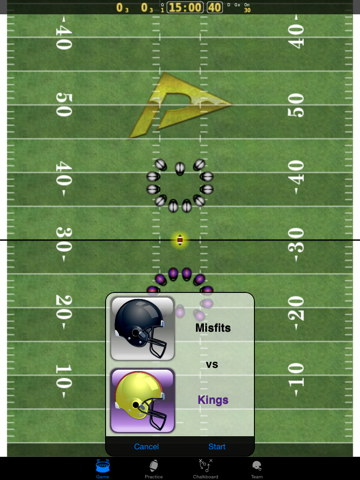 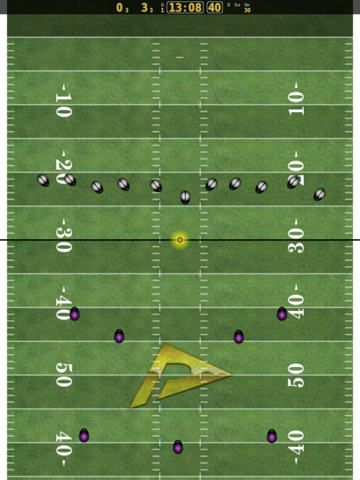 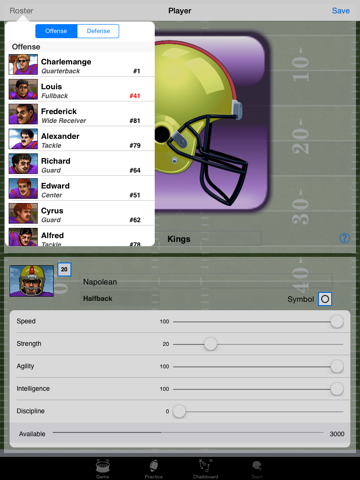 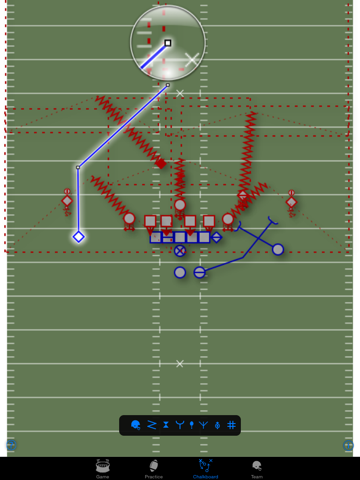 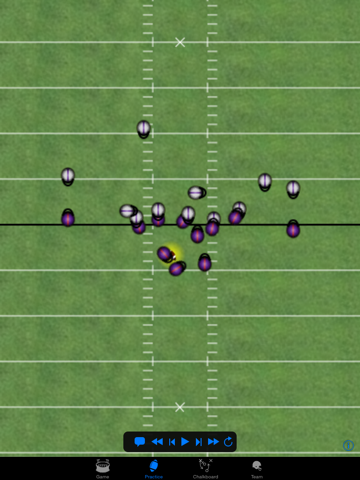 Bug fixes. Fixes in popovers on iPad, and save and rename of plays in chalkboard.

Are you a true football maniac? Are you a Monday morning quarterback? Do you dream of doing more than just watching the game? Do you lie awake at night pondering ways to beat a three-deep zone? Do you fantasize about being the head coach of a football team, controlling all the play design and play-calling and personnel decisions?

If so, then PLAYMAKER FOOTBALL is the game for you. The Chalkboard Editor is the feature that makes Playmaker unique from all other football simulations. Here you will build your playbooks, designing offensive, defensive, and special teams plays. Each playbook can have hundreds of plays, allowing you to prepare for ANY contingency. Of course, you'll want to try out each play on the Practice Field option here, so you can check the timing on pass plays and see if that zone really IS airtight! Blocking schemes, coverage assignments, pass routes, blitz angles . . . you're the coach, YOU DECIDE!

The coach (that's YOU, son!) makes all the decisions -- from "who to draft" on down to "who will be the holder on extra point tries?" PLAYMAKER FOOTBALL unites three distinct modules into one seamless game program. First, you'll go through the Team Draft to "build" the team you need to best run your styles of offense and defense. Each player on the 30-man active roster (15 offense and 15 defense) has five ability categories: Speed, Strength, Agility, Intelligence, and Discipline. Each player can have up to 100 points assigned to each of the five categories. As a coach, you'll need to make sure that you have the personnel you need, whether that's a bone-crushing fullback for your power running game or an all-world quarterback for your wide open pass attack. YOU DECIDE!

Once you have your playbook ready, it's time to PLAY SOME FOOTBALL! Thousands of dedicated users have already discovered the addictive qualities of realistic coaching. Don't be fooled by snazzy graphics and no substance. Creating your own plays and team makes this game way above the rest.