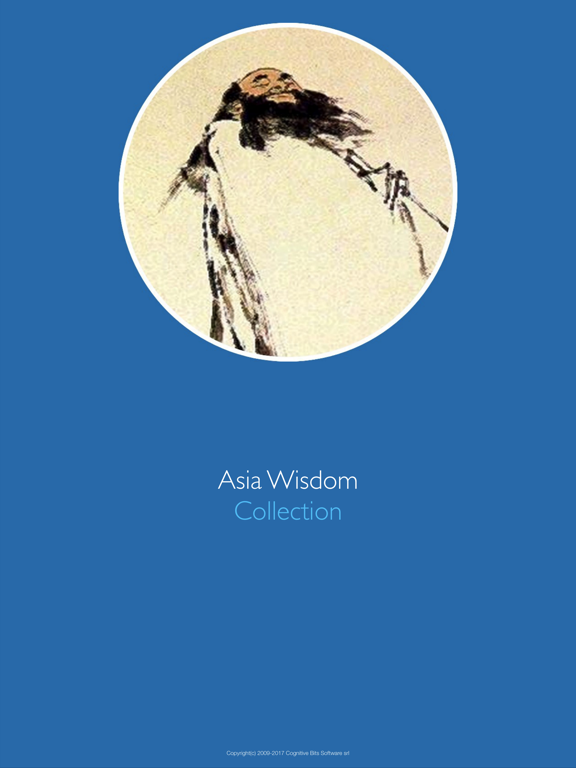 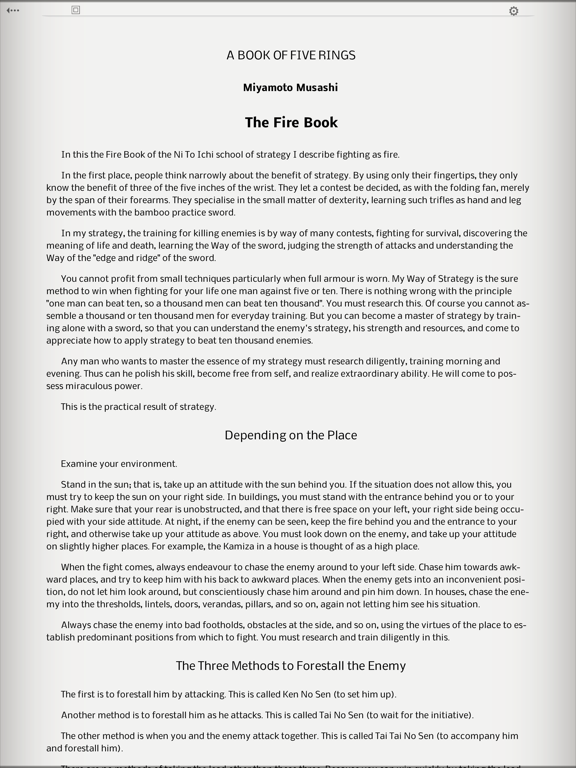 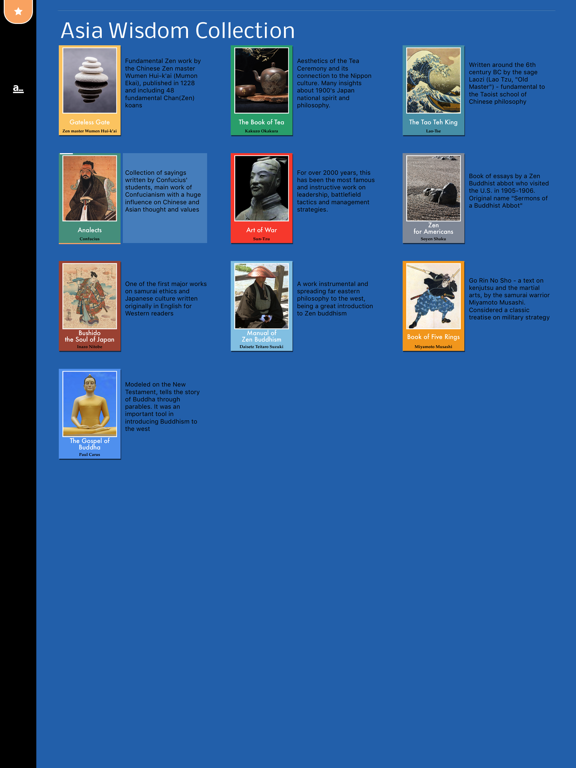 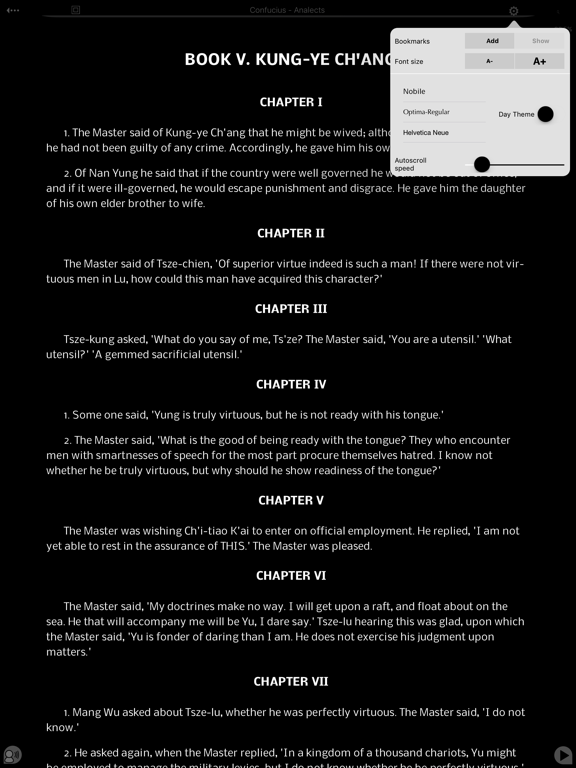 Learn about Zen, Buddhism, Tao and the samurai spirit, from fundamental works of Eastern wisdom: Art of War, The Tao Teh King, Book of Five Rings, Gateless Gate, Confucian Analects and more rare masterpieces in a unique reader with a text-to-speech voice option.

RAVING REVIEWS:
"One of the best eastern philosophy compilations for iPhone/iPad by far. Such a great collection that could cost a lot of money but doesn't. If you are thinking about getting this then do it "
"Excellent beginning for understanding the culture."
"The best translations and most beautiful texts."
"A real gem for lovers of the Asian spiritual traditions!"

AWESOME CONTENTS:
* "The Art of War" by Sun Tzu - the most famous strategy and military work in history

* "The Tao Teh King" - or the Tao and Its Characteristics by Lao-Tse - fundamental to the Taoist school of Chinese philosophy, written cca 6th century BC

* "Confucian Analects" - a collection of sayings written down by Confucius' students in the period approximately seventy years after his death (ca. 479 BCE - 221 BCE), the representative work of Confucianism which continues to have a tremendous influence on East Asian thought and values

* "Zen for Americans" - Soyen Shaku - a book of essays by a zen buddhist who visited the United States at the beginning of 20th century, instructing the western reader to the basic concepts, principles and theories of Zen Buddhism.

* "The Book of Tea" - Kakuzo Okakura (1906) - The aesthetics of the Japanese Tea Ceremony, and its connection to the Japanese world-view as a whole. An exotic and instructive work discussing Asian philosophies in the context of the famous Tea Ceremony.

* "Bushido - the Soul of Japan" by Inazo Nitobe

* "The Gospel of Buddha" by Paul Carus