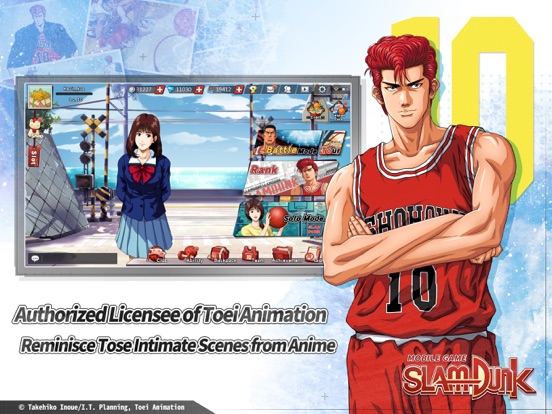 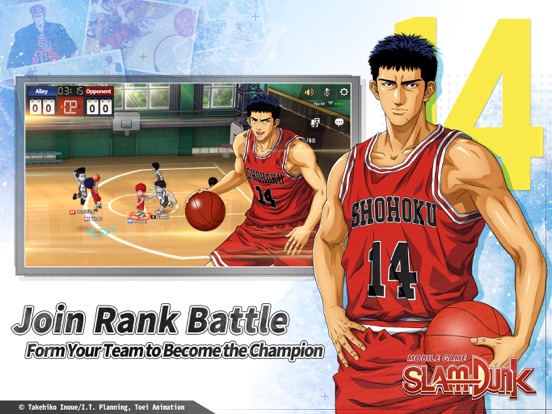 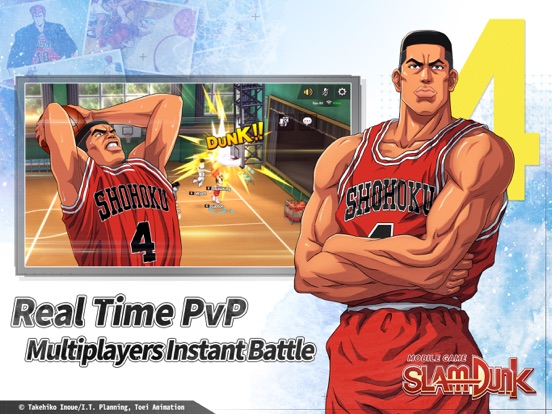 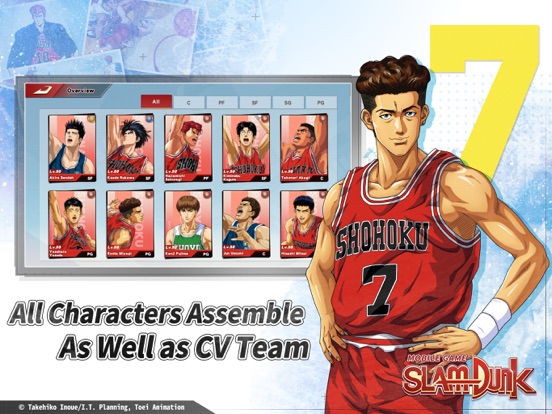 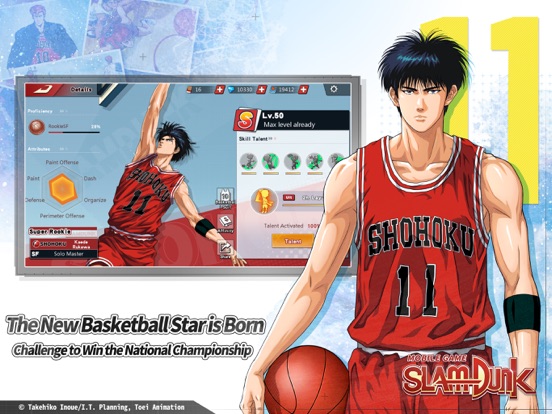 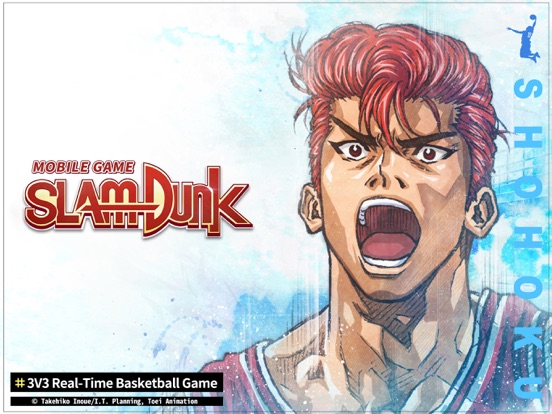 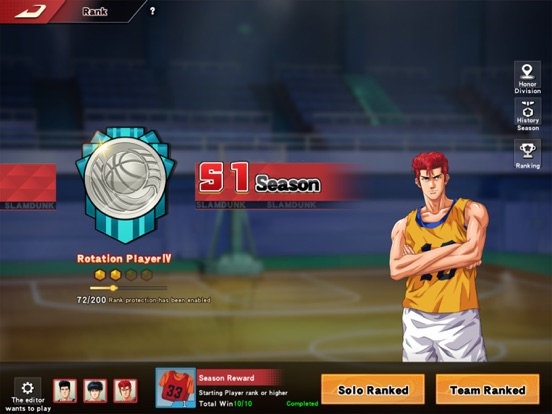 《SLAMDUNK》is a Real-Time 3v3 Basketball GAME, which the whole production is authorized by Toei Animation and distributed by DeNA. The game is adapted from the Japanese Anime of the same name – “Slam Dunk” – original work of Toei Animation. The player can experience the role of the original characters, including skills, see the classic story of the original animation, and experience the strength of each high-school basketball team. Feel the passion and touching moment brought by the competitions.

Those “Hua Hua Defense”, “Akagi Dunk” and “Lightning Fast” are all familiar tricks of each player, which, each and every one of them, will be restored. Let’s create a unique skill list for them.

．Official Licensed by Toei Animation! Completely Revive The Classic Story!
More than 10 chapters of the classic story will be released through PVE mode. Reminisce of that youthful summer, and experience the development pathway of the Shohoku Basketball rookie – Hanamichi Sakuragi.

．National Tournament Begins! Becoming National Champion with Your Friends!
Form your team and start your road to champion with 3-minute-rank-match Half-Court 3v3. Team up and demonstrate your very own basketball technique. Challenge nationwide ace players, fight for becoming ""No.1"".

．Basketball Genius is born! Challenge The Whole Country to Become The Winner!
Those representative skills of Hanamichi Sakuragi, Kaede Rukawa, Akira Sedoh and Shinichi Maki are revived. Unbox your basketball wisdom, defeat the challengers from all over the country, and become the champion.

．Cross-server Battle is Ready! 3 Minutes Fair Play!
Easily add friends with ""one tab add friends"" function. Enjoy cross-server matches anywhere and anytime. Represent your city, compete with the other to become the strongest basketball player in your country.