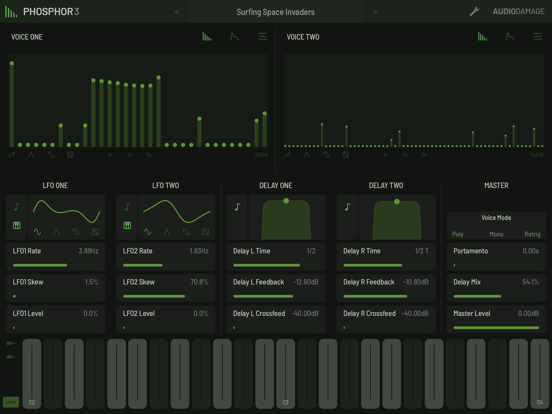 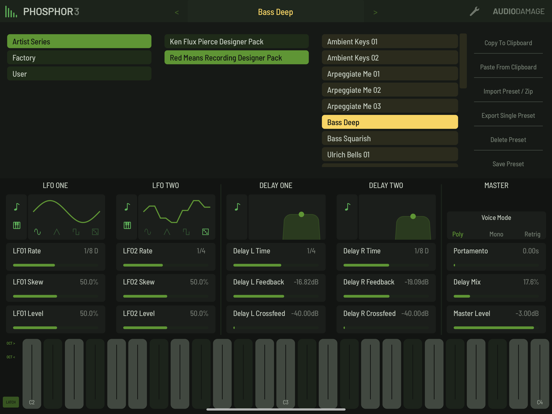 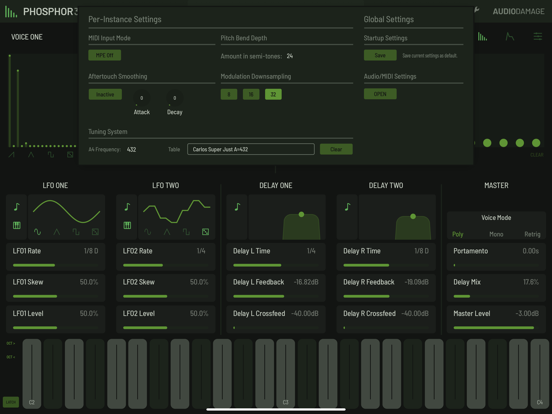 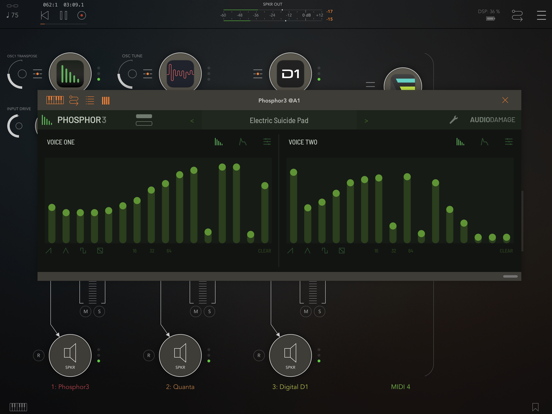 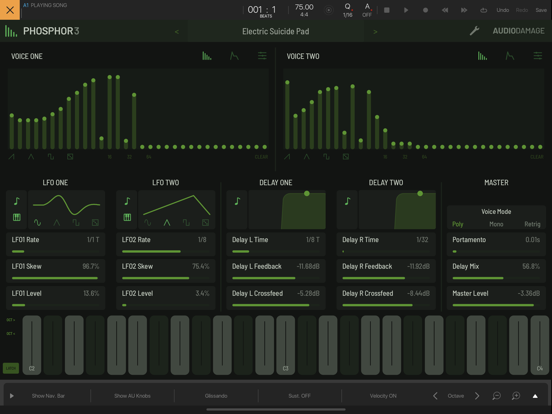 1. When you have the modulation assign window open for a slider, and touch the on-screen keyboard, you can now play without closing the mod assign window.

2. MPE mode now works correctly in hosts that support it.

Phosphor 3 is the latest version of our Phosphor series of vintage digital synthesizers.

• Two complete oscillator/envelope sections modeled on the original topology of the alphaSyntauri.

• Each set of partials can run in "lo-fi" mode, emulating the gritty digital voicing of original, or in a modern mode for alias-free sines.

• The noise can be either "lo-fi" digital shift-register noise per the original, or modern white noise.

• A large complement of presets included that show off the extensive sound generating capabilities of Phosphor, including some famous alphaSyntauri presets directly ported from the original.