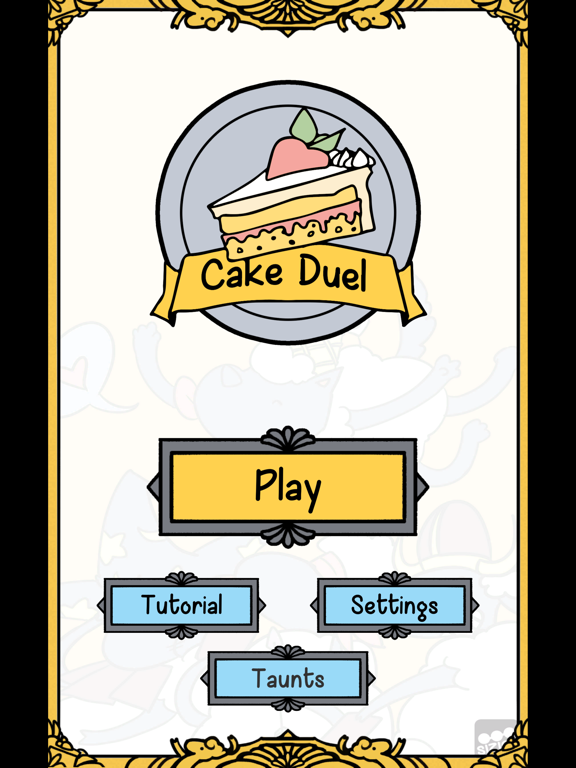 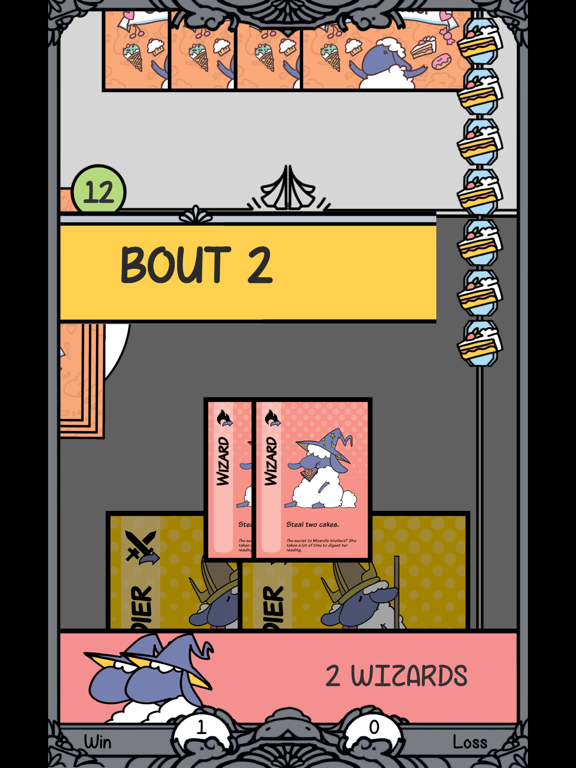 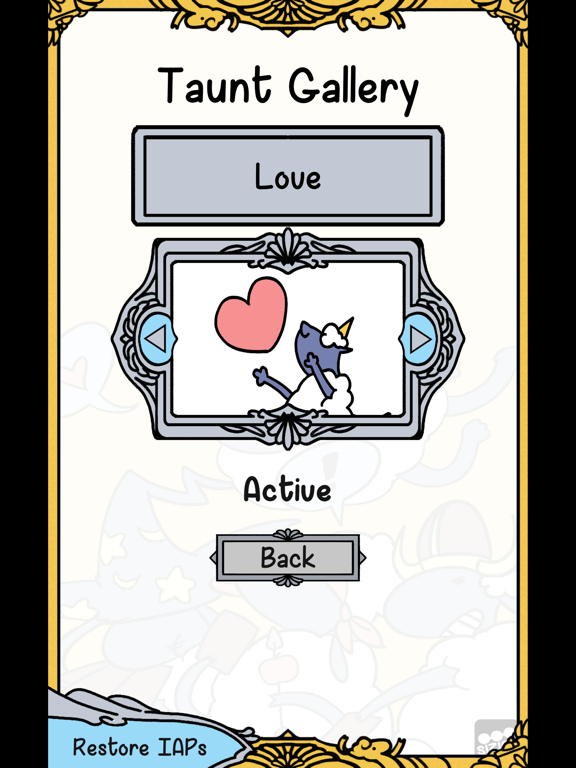 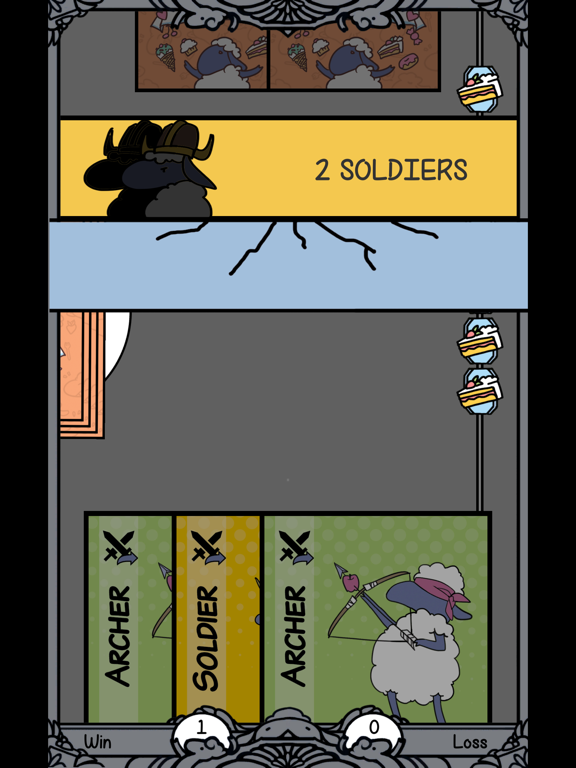 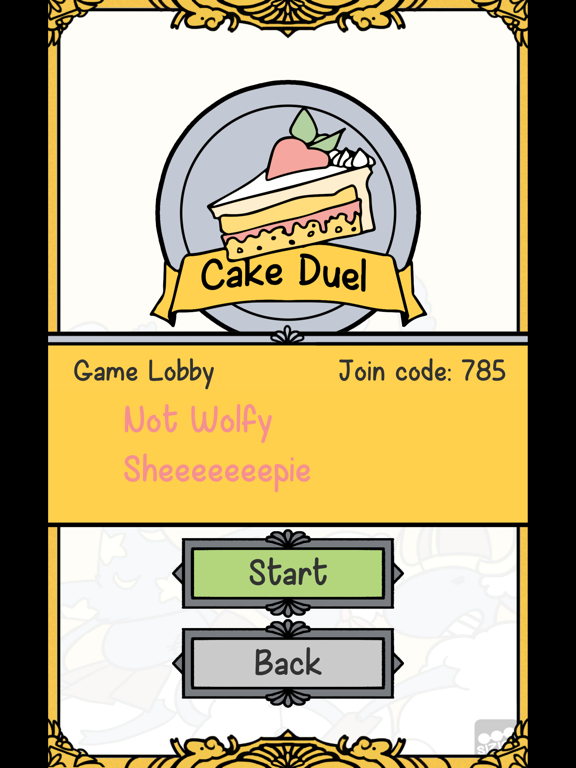 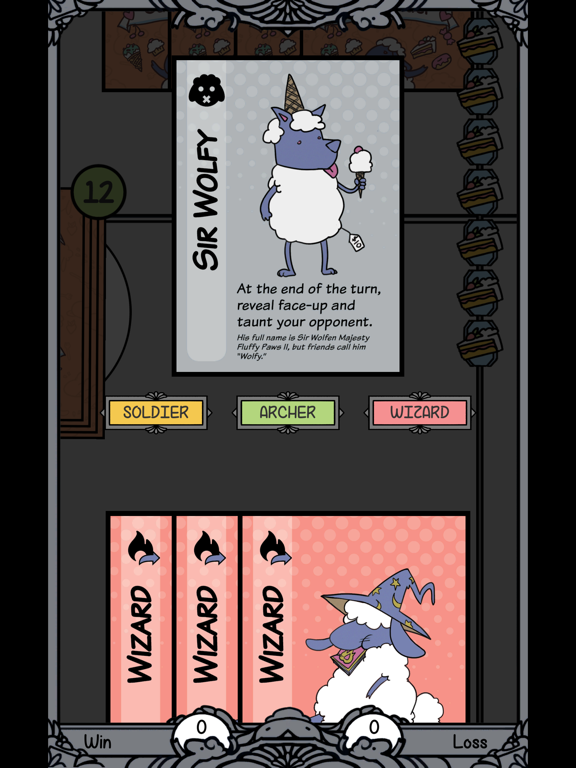 Cake Duel is a game of deception. Bluff your way to taking all the cake in this fast-paced card game for 2 players. Fleece your opponents by playing sets of adorable Sheepie troops. Go on the offensive to steal your opponent's cakes while defending your own. Lie about your cards to get ahead, but don't get caught!

If you love games like Poker, Werewolf, and BS, then Cake Duel is the game for you!

LIGHT CARD BATTLES
Play cute Sheepie cards with fantasy themes to sneak by the enemy's defenses and steal their cake.

TAKE THE CAKE
Look at all that delicious cake. I mean LOOK AT IT. Don’t you want to take all the cakes? You know you do. It’s cheat day.

CALL THE BLUFF
Catch your opponent bluffing and you'll win the round! There's no way their opening hand had all THREE wizards... right?

STYLE ON YOUR FOES
A successful bluff with the Sir Wolfy card will disrespect your gullible opponent with unlockable taunts.


~~HOW TO PLAY~~
In Cake Duel, players take turns attacking each other with Archer, Soldier and Wizard Sheepie while the defending player blocks with Defenders and Scientists.

Each player plays any number of their cards face down and declares what they've played (you can lie of course!). You can call the opponents bluff about their cards, ending the round. If you called right, you win! But if the opponent was telling the truth then they win the round instead.
If neither player calls the bluff, the face down cards are assumed to be the real thing.

Each defender blocks one Soldier or Archer, while each Wizard blocks one scientist. Any attacking Sheepie that are unblocked steal cakes from the defender.
Players draw back to 4 cards each from the same deck, so pay close attention to what your enemy has played!
After all cards are played, the player with the most cake wins the round!

All matches are best 3 out of 5 rounds.

**A fast and visual rules tutorial is built into the game that you can revisit at any time!**