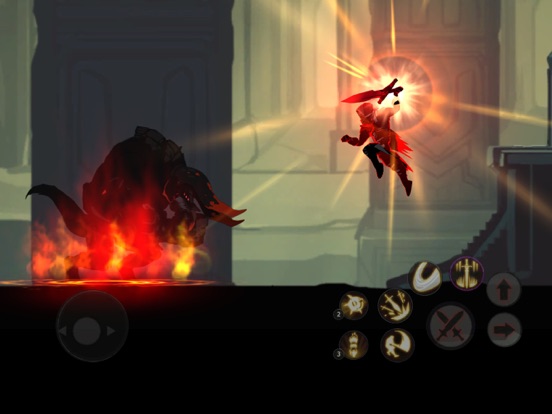 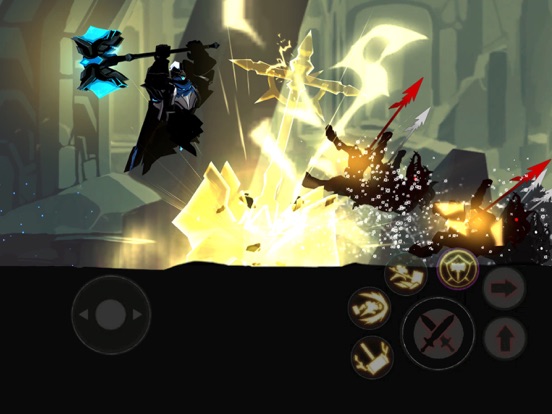 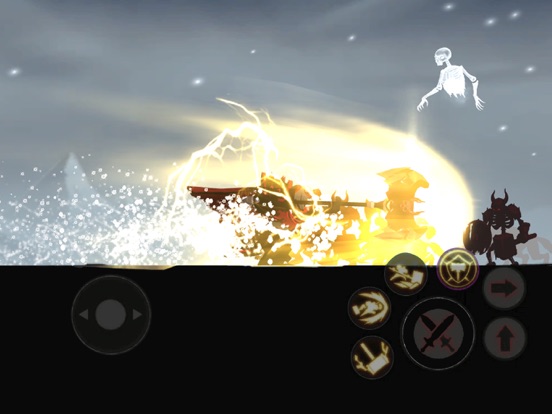 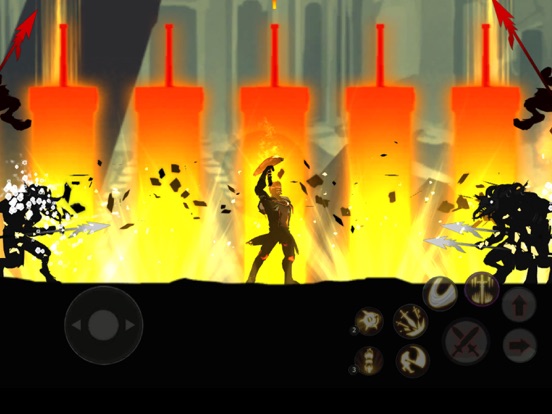 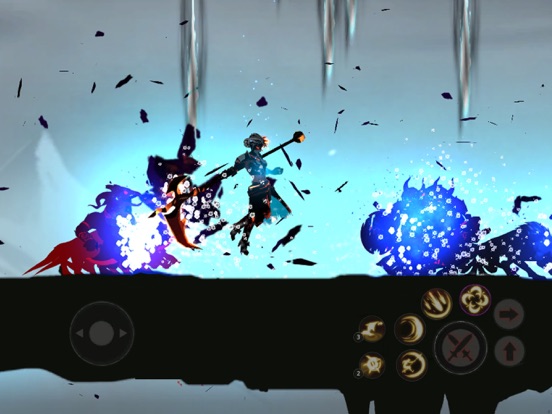 Our development team is continually improving the game to deliver the best mobile entertainment. Thank you for playing and we hope you continue to support future updates of Shadow of Death.

Shadow of Death is the greatest combination of Role-playing game (RPG) and Classic Fighting game, which lets you equip your Shadow with countless lethal weapons and rare armor sets to make an unbeatable hero.

This fighting game is an offline game, no more concerns about the internet, now you can enjoy this shadow fight game every time you have and everywhere you are with full action games experiences

☠☠☠ The story began in the City of Light - Aurora's land, where was blessed by Gods. This was the land where King Luther built and ruled his kingdom with strong hand and kind heart. Not long after, the royal association called The eyes of Oracle was founded to preserve and develop ancient knowledge, including Magic, Alchemy, Astrology, Medicine, etc. Thanks to this knowledge, King Luther created a Powerful kingdom, as well as one of the most beautiful periods in Aurora's history.

⚔️⚔️⚔️However, the tragedy began from the reign of the 15th King Luther. It seemed to be a good reason that he wanted to bring his beloved sister back from the dead. He studied everything he thought that could be useful: Magic, Medicine, even Alchemy to create a terrible disease that was healed by only him. He took advantage of it to gather the bodies for his evil purposes.

⚔️⚔️⚔️Everything seemed to be worse after the explosion of his lab. Not only many strange creatures but also diseases with no cures started to appear more and more whereas 15th King Luther disappeared left his kingdom in the darkest period of Aurora’s history.

Max - who used to be a royal Knight of King Luther 14th, returning from the war with the outside forces. He was one of many experimenters of King Luther 15. 20 years after the explosion, Max woke up in a strange place with fragmented memories, amazing strength and toughness.

He wanted to find the answers for what was happening to himself and Aurora. That was when Max's journey began and the legend of Shadow appeared...

⚔️⚔️⚔️In each epic battle of this offline game, you’ll become the warrior in the journey of conquering the dark world and you will have to collect swords, weapons, and awesome armors, etc to make yourself stronger and stronger. Be ready for such an exciting game that you can’t stop until you are the best fighter and master of sword game.

▶ EPIC BATTLE IN OFFLINE FIGHTING GAME☠☠☠
When the battle begins, each shadow needs to fight against many dangerous monsters such as stickman, ninja. This battle is so hard that you have to try your best to win, using multiple skills and swiftness. Do not forget to avoid physical attacks as well as magical attacks from monsters

▶ WONDERFUL DESIGN & GRAPHICS ☠☠☠
The graphics in Shadow of Death are inspired by light and darkness, which creates the great contrast. In addition, the spectacular effects will make you stunned. Use some powerful magic and burn the darkness world.

▶ UPGRADE SYSTEM ☠☠☠
Enjoy the multiple upgrades in the best action - rpg games. Two systems that you can upgrade to more powerful are Equipment system and Skills system.
Some monsters are extremely dangerous & you will need more powerful weapons than the basic ones.
▶ FEATURE IN SHADOW FIGHT☠☠☠
- Plunge into epic combat sequences, rendered in astonishingly lifelike detail by an all-new animation system.

- Devastate your enemies with delightfully intuitive controls, thanks to an all-new fighting interface designed especially for touchscreens.