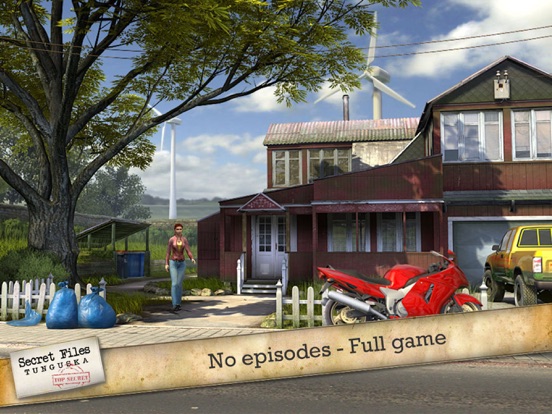 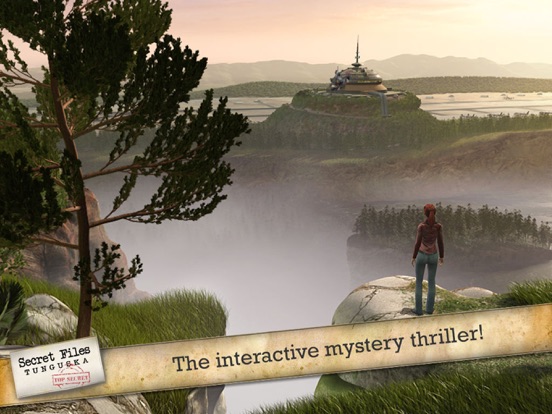 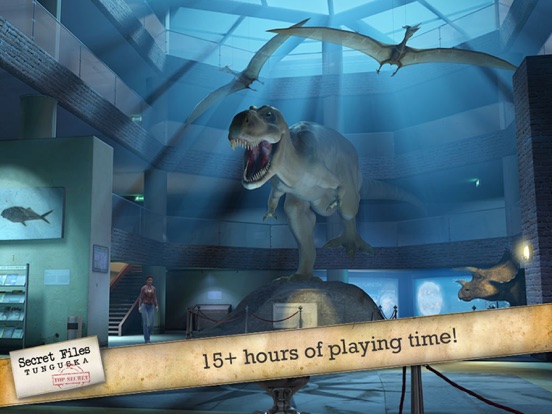 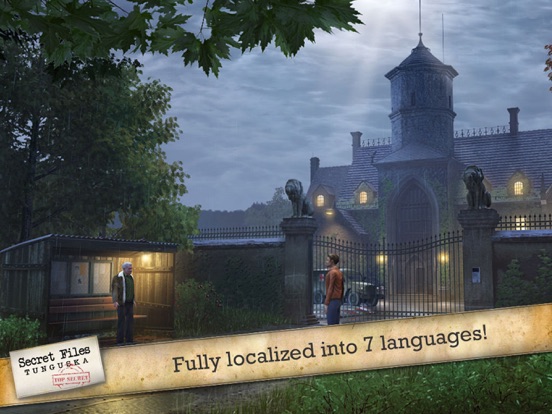 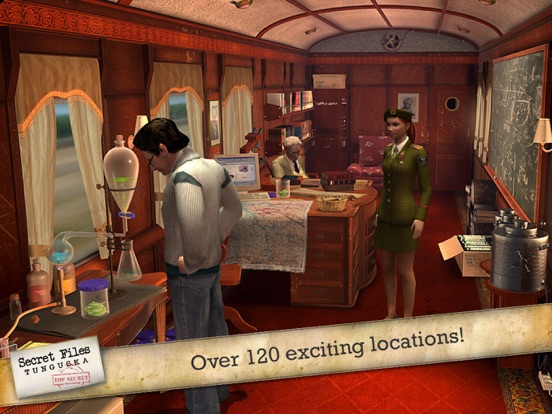 [ FULL GAME! NO EPISODES! The award-winning point and click adventure returns on the App Store, localized into seven different languages and fully optimized for iPhone, iPad and iPod touch! ]

When Vladimir Kalenkow, a high-ranking scientist looking into the unexplained Tunguska catastrophe from 1908, goes missing, his daughter Nina and his assistant Max are drawn into a conspiracy of epic proportions. Chased across the globe by the Russian intelligence apparatus and a zealous secret society, the two adventurers solve mysteries in Germany, Russia, Cuba, China and even Antarctica. But the more light they shed on the truth, the more they put themselves in danger!

Help Nina and Max, the adventurous protagonists of Secret Files Tunguska, to solve a variety of challenging quests and elaborate riddles as the title’s fascinating plot leads you to the most remote corners of the Earth. Travel to exotic locations, explore rich sceneries, engage with interesting characters and collect useful information. Unravel a mystery that remained unsolved for more than a hundred years!

Secret Files Tunguska has received dozens of honors from games reviewers and jury members alike. Among others, it got a 92 points “Gold” rating from Adventure Europe, a 89 per cent “Gold” award from Game Hunters and a 86 points “Gold” star from Gamaxx. In addition, it has also been named “Game of the Year” by the editorial departments of Gamestar and The Gamer’s Base as well as “Best Adventure of the Year” by the readers of PC Games and Adventure-Treff.

Secret Files Tunguska requires iOS 8.1 (or higher) and runs on iPhone, iPad and iPod touch. The game does not contain any in-app purchases or micro transactions. Instead, the initial purchase gives you access to the full array of content and features.