Bottom of the 9th [iPad] 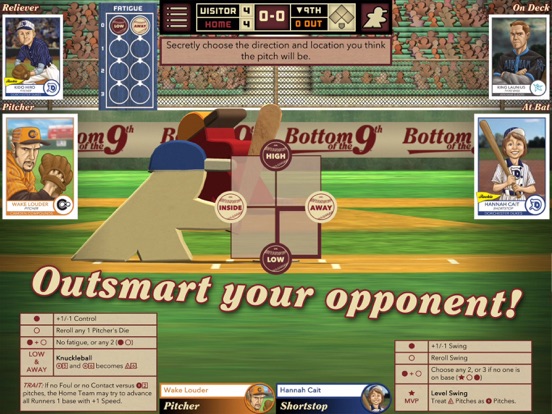 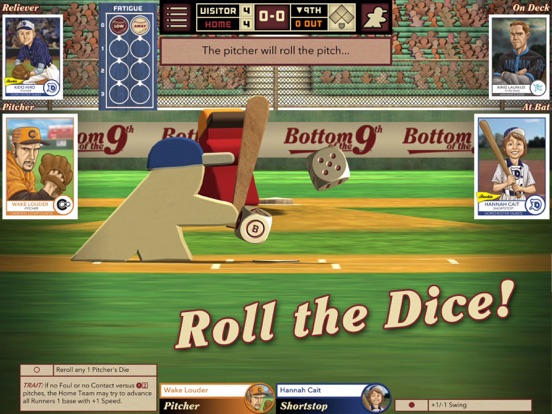 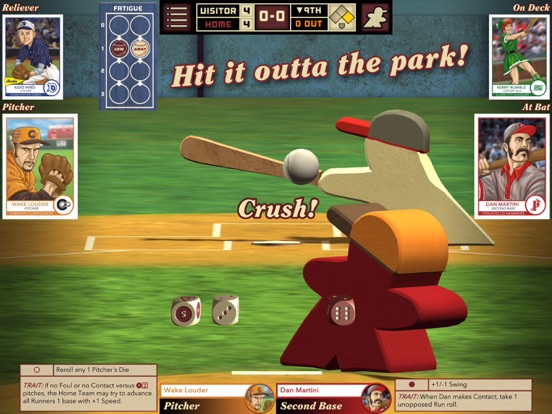 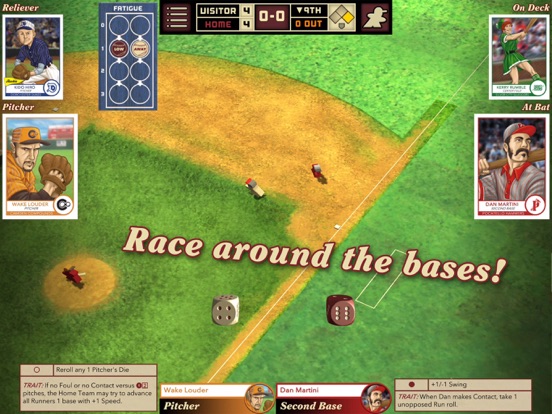 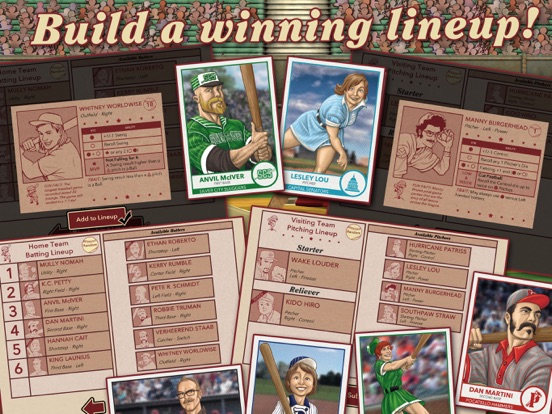 This update has some bug fixes to keep your game on track!

Play the most exciting moment of baseball in this fast-paced dice and card game!

It’s a beautiful day here at the ballpark, and this game has been a squeaker! Everyone expected the league leaders to roll into town and easily defeat the home team. But the scrappy upstarts have played the game of their lives and managed to keep the score tied right until the end. Their fatigue is showing and now it's their last chance. If the home team batters don’t score a run now, the visitors will be sure to win the game in extra innings. It all comes down to the Bottom of the 9th!

Will you lead the underdogs to victory? Or will you defend the league leaders’ unbroken winning streak?

Bottom of the 9th is a strategic 2-player baseball game played with cards and dice. This faithful adaptation brings the fast-paced fun of the tabletop game to your iPhone and iPad! Choose your lineup from a pool of players with different strengths and abilities, outsmart your opponent in the stare-down, then roll the dice to trigger the action.

Bottom of the 9th offers many ways to play:
• Compete in single player against a computer opponent (3 levels of difficulty)
• Take on the Manager's Challenge 6-game solo campaign mode
• Pass and play on your device with a friend
• Challenge a friend to play online
• Find a worthy opponent in a ranked online match
• Organize a casual online exhibition game

The powerhouse visitors have six dynamite pitchers to choose from, including:
• Wake Louder throws a nasty knuckleball that can get a lost ball just into the edge of the strike zone.
• Southpaw Straw is a talented lefty pitcher with one dangerously effective (and illegal) spitball.
• Hurricane Patriss is a top notch reliever, and the only thing more hypnotic than his curveball is his voice.

Don't count out the home team! They have a dozen batters, each with their own special powers, including:
• Mully Nomah can be devastating against the pitching team when runners are in scoring position. He can clobber a pitch and get those base runners home!
• Kerry Rumble has power behind her swing. She has the ability to crush the ball hard, at the cost of hitting lots of fouls. She just can’t resist taking a swing!
• K.C. Petty is truly a powerhouse when the chips are down. The more strikes he gets, the bigger he swings.
• Hannah Cait may look innocent, but when she's in the zone she calls all the shots! This rookie's level of control over her swing is the envy of many a veteran.

Both teams have access to two support characters who provide special abilities to one or both teams:
• Dice Dixon has no problem taking chances coming out from the dugout, benching batters and challenging umps!
• Doc Mullins is always looking after the health of the team, whether that means a more rested pitcher or more energized batters!

The Manager's Challenge solo campaign mode puts you right in the dugout as a team manager. Can you lead your team to the playoffs in a 6-game homestand?
• Play six game solo campaigns as the home team against a revolving cast of pitchers.
• Compete in nine different game situations, including multiple inning games.
• Each campaign game is played using one of six effect cards that change the feel of the game.
• The Manager's Challenge can be played in Classic Mode (using a Pitcher's Deck of stare-down cards) or against any level of CPU opponent.
• Four increasing levels of difficulty will put your management and batting skills to the test!
• Earn up to 11 achievements and compete with others on 8 leaderboards for the solo campaign mode.

~~~ There’s nothing that’s quite like the thrill you feel in the Bottom of the 9th! ~~~