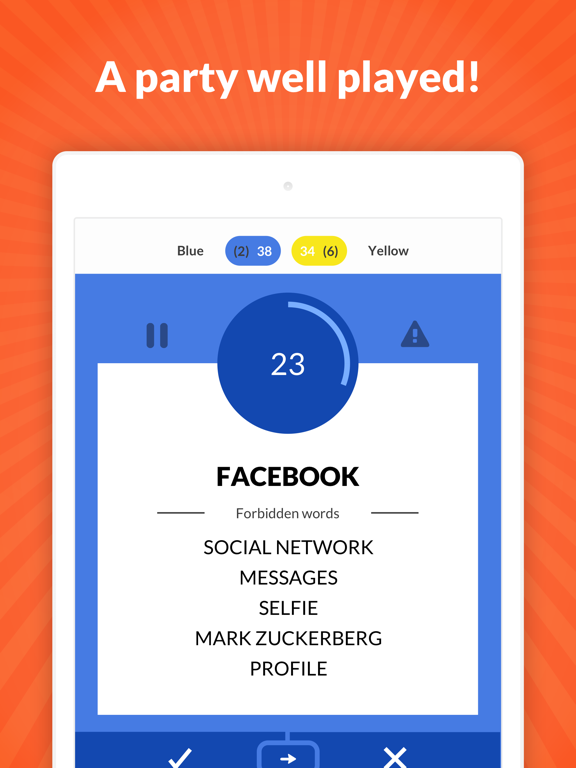 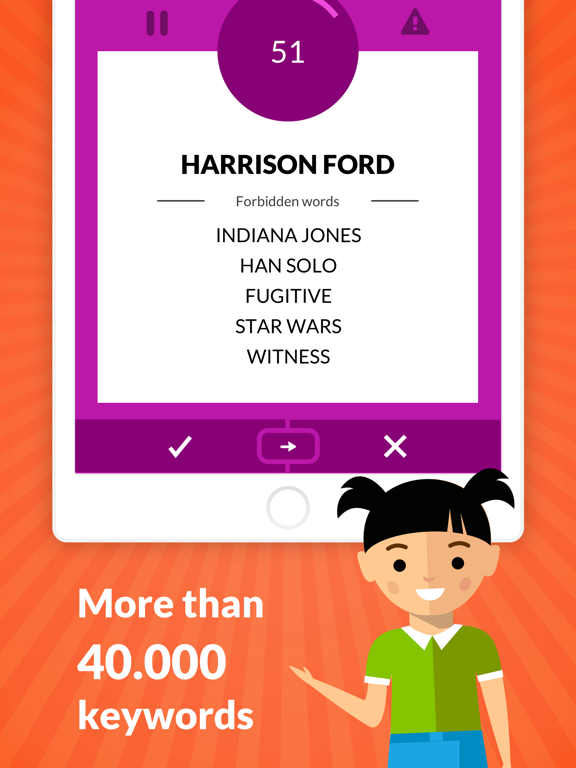 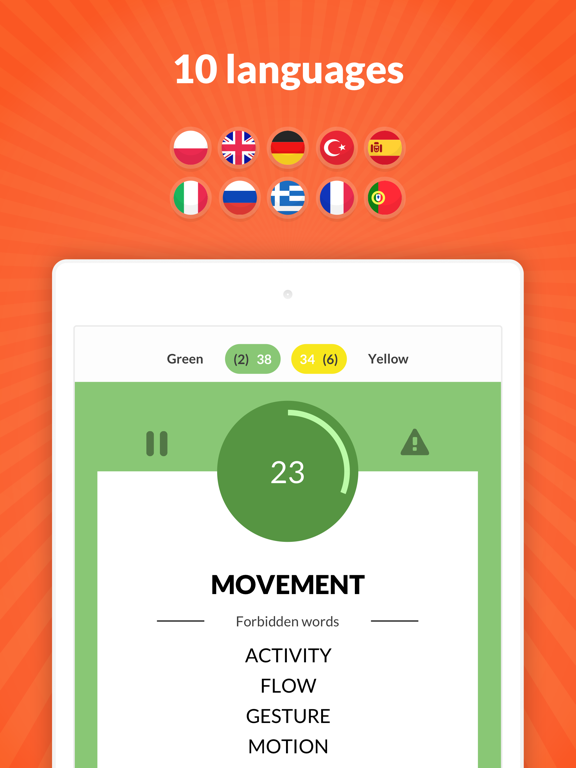 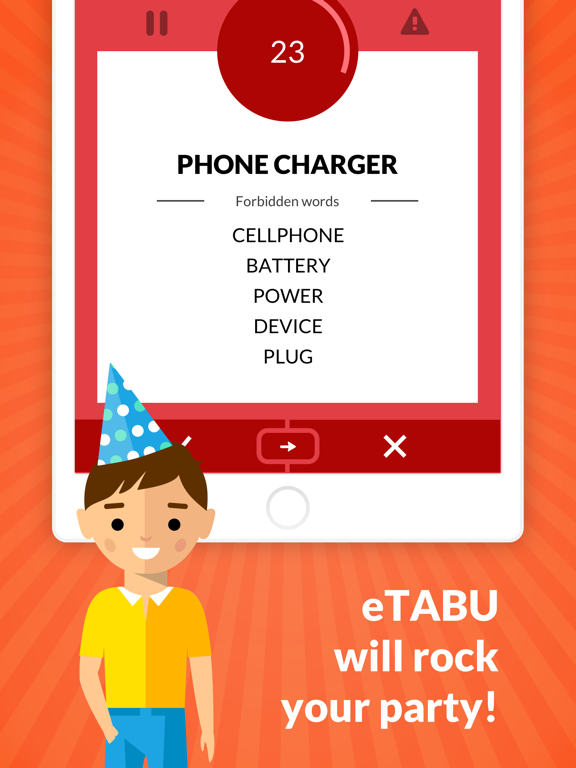 eTABU PRO is a party game where players of two teams guess the keywords presented by their team-mates, who cannot use the forbidden words or gestures. The team who earns a certain amount of points first, wins. If you have played the classic board game Taboo, this game will be familiar to you.

RULES:
1.Divide yourselves into two teams.
2.Choose the first player to describe the keyword.
3.The opposite team will select the person to verify:
- the use of forbidden words.
- the use of plural or abbreviation forms of the forbidden words.
- gestures and sound imitations.
4. When the keyword is guessed the veryfying person hits the OK button [+1 point], in the case of breaking the rules, he pushes the WRONG one[-1 point].
5. When the set time has ended, the opposing team starts their turn according to the same rules.
6. The gameplay lasts until one of the teams reaches the set amount of points. In case of a draw, the team with less skipped keywords wins.

During the gameplay, the player can use three buttons:
- SKIP - to forfeit a difficult keyword and move on to the next
- PAUSE - to pause the gameplay
- EXCLAMATION - signal a spelling error

Disclaimer:
eTABU is not associated with Hasbro or Hersch and Company's Taboo, Tabou, Tabu, Tabù, Tabuh, or any other variants of the Taboo, Alias or Uno products, registered trademarks.

** Definitely better than Heads Up, Buzzwords, , DiXit or Charades ;)
*** Offline Multiplayer, Party Game, Quiz
**** Will you be able to guess the keyword in 5 seconds? 7 seconds? 30 seconds?

Challenge yourself and have fun!