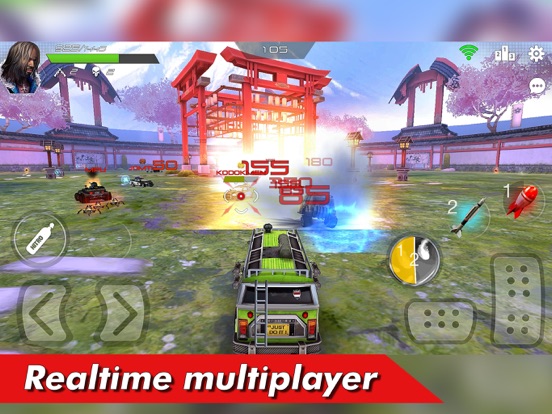 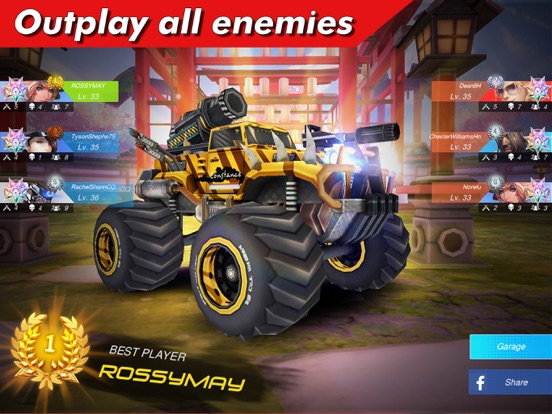 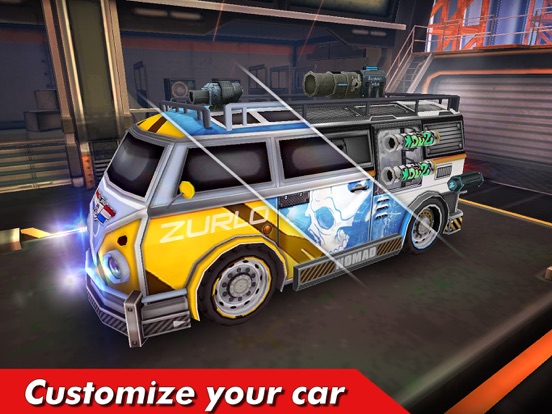 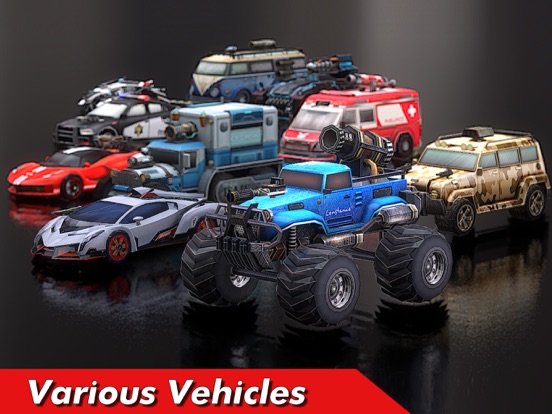 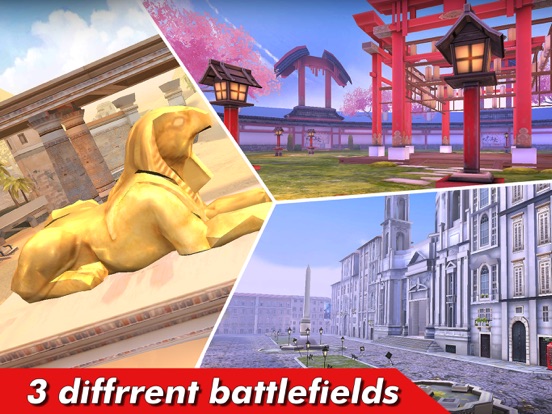 Overload - the must-have racing action title for your mobile device.

Experience the thrill of multiplayer, fast-paced car firing and shooting with amazing graphics and adrenaline pumping action. Overload features non-stop car battles between players all over the world. Pick any of your shooting cars and load your guns, missiles and firepower to blast away your opponents!

Overload is the best car firing & multiplayer car racing game for your mobile device. Traditional online multiplayer games can be boring but Overload has a thrilling gameplay. The ultimate death race and car battle is waiting for you. Are you ready to face off?

The world is put into havoc by a secret assassination group called WOA (World Organization of Assassins). Members of this assassin shooting group are brutal car killers with outstanding car racing skills, heavy firepower and they can do anything for money.

Rumours about WOA have spread all over the world. Some say that the top death race assassins live a king-like lifestyle with all the bounty from every successful car firing mission. Others say that WOA is open to everyone but only if they can pass a gruesome death test.

That death race test is Overload's 3D shooting simulator - a heartless competition where contestants must battle to a death race - many join, but only one survives.

BE THE BEST OR JOIN THE REST

Fight against other cars firing, battle players, race, dodge, ambush and blow them up with all of the firepower in your arsenal. Online multiplayer shooting simulator rankings update weekly and the top scorers are awarded.

Furthermore, Overload has 3 different shooting simulator modes - Deathmatch, Team Deathmatch Race and Capture the Flag. Find your favourite shooting mode and keep your fingers busy by blasting all your firepower from your arsenal.

CARS FIRING & MULTIPLAYER SHOOTING BATTLES HAVE NEVER BEEN THIS AWESOME

Choose your own favorite from 3 different racing car types with a total of 10 different cars with unique abilities and stats. Apply stunning skins to make your car a unique one!

Arm your car to battle with destructive weapons scattered all over the arena : homing missiles, napalm bombs, shrapnel mortars and cloaking mine. Strap onto your seatbelt and go on a car racing fest!

Enhance your racing carís performance with Skill Points awarded each time you level up, and if thatís not enough, then feel free to equip the chip collected in Kubik to make the car racing even stronger, and the enemies even punier.

So, what are you waiting for? Become the best car firing expert and car battle shooter in Overload - the best online multiplayer shooting game. Install Overload right now!

Like Overload's car fighting gameplay? Give us a 5-star rating and review below. We'd be grateful if you do so. Thanks!

BATTLE IT OUT IN 3 DIFFERENT GAME MODES

• Deathmatch – It’s all-out war against 5 other players. Expect full scale madness and mayhem.
• Team Deathmatch – Work with your teammates to eliminate the other team in this 3v3 battle for supremacy.
• Capture the Point – Outwit the enemy team and control the arena. Only the strongest can survive.