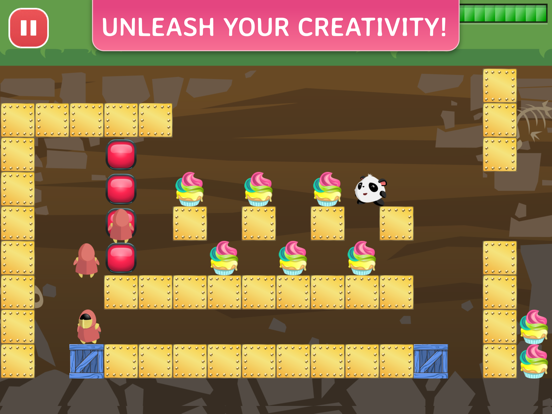 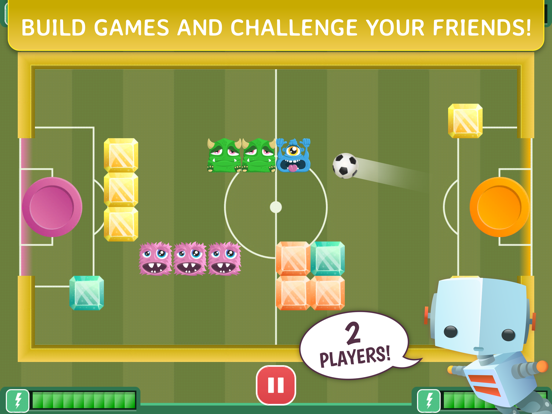 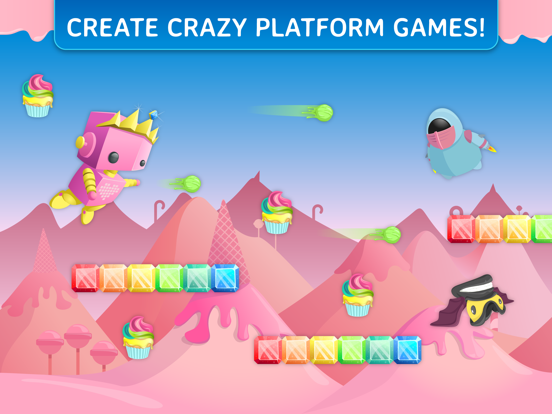 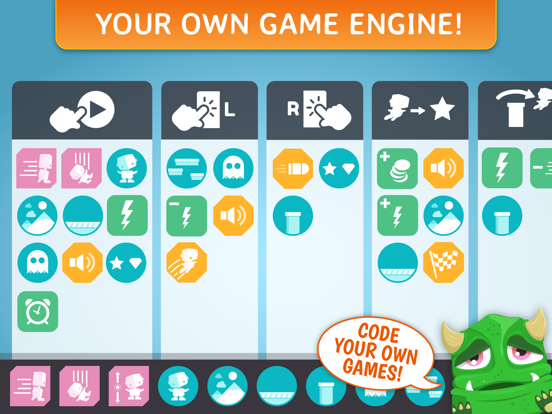 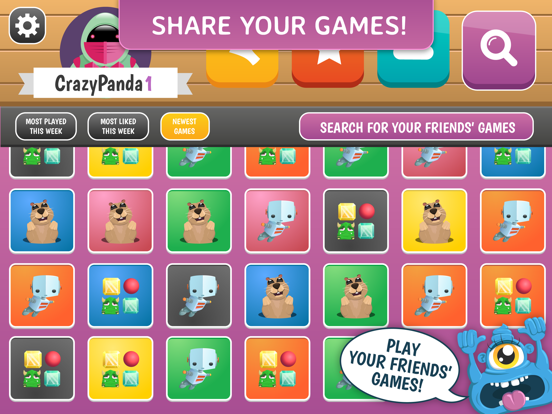 「Coda Game - Make your Own Games」は、オリジナルのアクションゲームが作れる、子どもでも作れるアクションゲームツクールです。

In the new Game Mode LABYRINTH you can code your own versions of classic games like Pac Man, Boulder Dash and many more. The new Game Mode includes 12 new Commands, 8 new Triggers and lots of new graphical assets including Pizza Power-Ups and the characters Peter Panda and Gimzy.

Coda Game is the kids’ own game engine!

In Coda Game you can be the boss of your own awesome games. Drag and drop the visual coding blocks to create games such as Air Hockey, Flappy Bird and Platform games and share them with the world! Your imagination is the only limit!

Build games using our templates or start completely from scratch.

CREATE GAMES!
Test your logic and creativity by combining different commands and triggers to create your own unique game while exploring computer science with Coda Game! In Coda Game you can, with or without any previous experience, learn about computational thinking, problem-solving, creativity and logic. These are the fundamentals of computer science, engineering and programming.

LEARN ABOUT CODING!
Coda Game is a game built out of children’s own desires to change stuff in their favorite apps and games. We decided to let them be creators themselves and own their games that they can build with visual code blocks. The limited use of text enables you to start creating right away. You will learn about commands and game mechanics such as gravity, adding enemies, speed, point systems and much more. Depending on how you want the commands to act in the game, you can easily drag and drop them to triggers such as “when start”, “when pass obstacle”, “when hit enemy” etc. In just a few easy steps - you will have your unique game that you can share with family, friends and in the classroom.

SHARE AND EXPLORE!
Our secure community is an “app store” for games built by kids. Here you can share games, collect hearts and save your favorite games. You can also get inspired for your next creation by playing other friend’s games.

This is what you get:
- Create an unlimited number of games and share them with the world
- Explore, play and like your friends’ games
- Create games in three completely different game-modes
- Combine crazy commands and tricky triggers to create your own unique games
- 68 commands such as Flip Gravity, Create Monsters, Timer and many more.
- 37 triggers to create your own rules
- 70+ graphical assets to make your game look stunning
- 8 sound effects like farts, laser and sparkle

Coda Game - Make your Own GamesのiPadアプリランキングや、利用者のリアルな声や国内や海外のSNSやインターネットでの人気状況を分析しています。