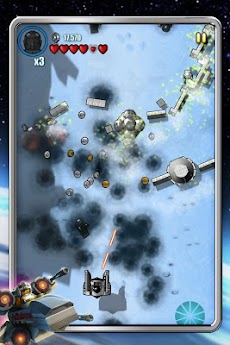 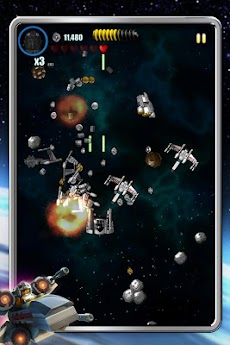 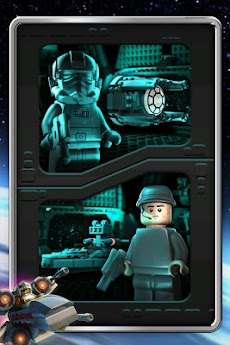 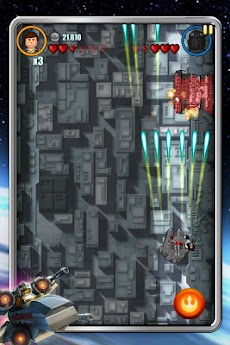 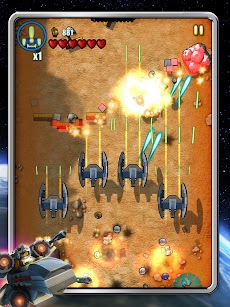 Get ready to step into the LEGO Star Wars: Microfighters’ digital universe for fun, blasting action! Playing with your Microfighters toys just became more fun as you can wield them on the go with your mobile device. Pilot up to six iconic LEGO Star Wars ships like TIE fighters and X-wings as you destroy enemies, collect studs, and control the galaxy!

Download now, engage your hyperdrive, and jump into your very own mini-battles!

FEATURES:
• Fly for the Rebellion or turn to the dark side and play as the Empire.
• 18 levels of action spread over four planets – Endor, Yavin, Hoth and Geonosis.
• Pilot six iconic Star Wars Microfighters: TIE fighter, X-wing, Star Destroyer, Droid ATT, Millennium Falcon (the fastest ship in the galaxy!) and Clone Tank.
• Collect studs to spend on equipment, super weapons, and upgrades for your Microfighter.
• Over 35 types of enemies to blast.
• Eight level Bosses to defeat.
• Destructible terrain.

NOTE:
This is a high memory usage App. If you have performance issues, try closing down background Apps or restarting the device.