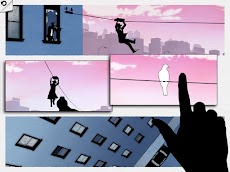 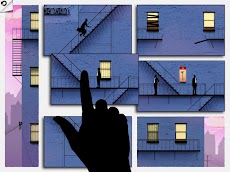 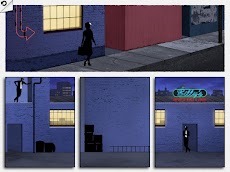 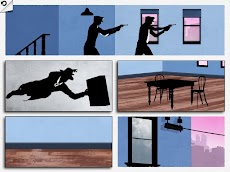 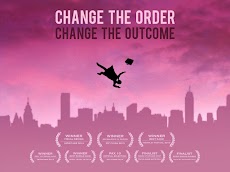 セール中に買って１００円でした。１００円でこれが楽しめるならいい方ではないでしょうか？ゲーム自体はとても楽しくプレイさせて頂きました。しかし、やはりやりこみ要素は無いので３時間程度でクリアできます。
セール中に買って１００円でした... - ★★★★☆
マンガのコマ割りを変えながら主人公を脱出させる感じが斬新だけど、ボリューム少な過ぎ(´・ω・`)キャラクターごとにストーリーあってもいいんじゃないかなあ、特に白ヒゲ警部(*´ω｀*)
マンガのコマ割りを変えながら主... - ★★★★☆
i went to exhibition of the framed2 in the 5th BitSummit. i bought the record of framed and booth staff gave me 2button badges! framed is really exciting games, i love it! I'd like to take this
i went to exhib... - ★★★★★

Winner of over 25 Awards

FRAMED is a multi-award winning noir-puzzle game where you re-arrange panels of animated comic book to change the outcome of the story.

⚠ NOTE: You may need to restart your device after installing on Android 6 due to a bug in the Android Operating System

Featuring a fusion of all-new game mechanics & fiendish puzzles, FRAMED has received many design awards as well as being an 'Excellence in Design' finalist in the IGF 2015.

Simply grab comic panels and swap them with a touch of your finger!

Hand-crafted, award-winning art and animation brings the noir world of FRAMED to life.

Unlike anything you’ve played before, FRAMED delivers a completely new type of game experience. Plug in your headphones, sit back and enjoy!

"My best game in this year without any doubt." - Hideo Kojima (Metal Gear Solid)
“It looks like a work of goddamn genius.” - Kotaku
”I was blown away by Loveshack’s Framed." - Penny Arcade
“Guilty of Awesome.” - Rock, Paper, Shotgun
“Noir-drenched motion comic puzzler gets big thumbs-up.” - IGN
“Framed has an incredible art style, and it plays unlike anything else we’ve seen." - Slide to Play
“Framed meshes narrative and gameplay like nothing else." - Mac Life
“With a jazzy soundtrack and a gritty vibe befitting its genre, Framed succeeds at telling a story in more ways than one.” - Complex, Pop Culture
“Don’t miss this smart and innovative indie gem.” - Pocket Gamer

⎯⎯⎯⎯⎯⎯⎯⎯⎯⎯
Loveshack Entertainment is an independent game development studio based in Australia.
For more information www.loveshackentertainment.com
Follow us @LoveShackers
⎯⎯⎯⎯⎯⎯⎯⎯⎯⎯
Noodlecake Studios is an independent game publisher and studio based in Saskatoon, Canada.
For game support: support+framed@noodlecake.com
Find us online: www.noodlecake.com
Follow us @noodlecakegames

FRAMED is a multi-award winning noir puzzle game, where you re-arrange panels of a comic book to change the outcome of the story.